Franklin Graham: America ‘Under Attack From Within’ By Socialists Sowing Anarchy 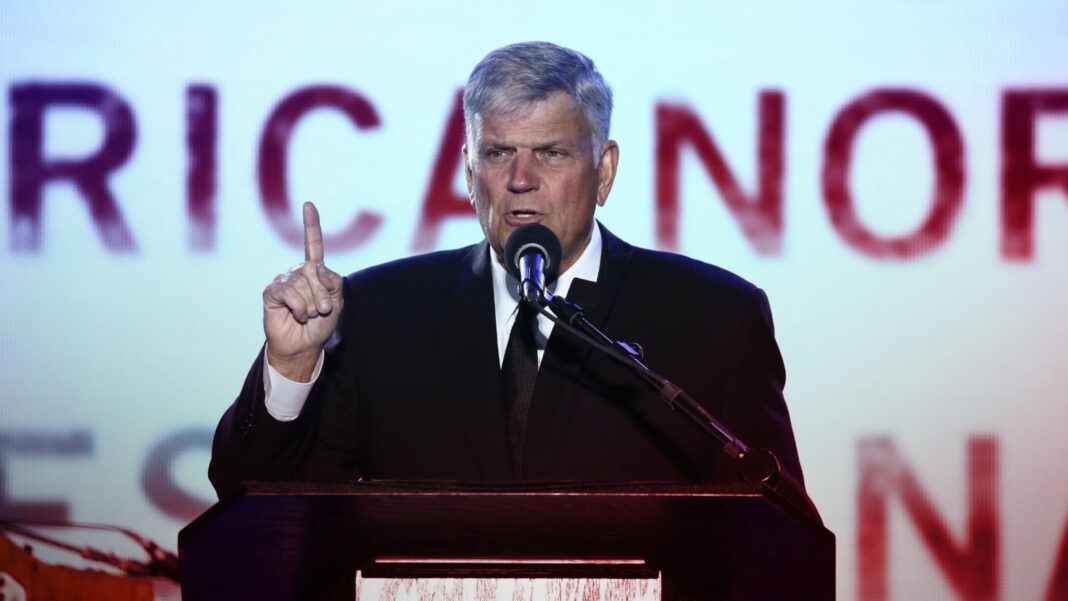 Evangelist Franklin Graham warned Wednesday that the United States is “under attack from within” by socialists who seek to sow anarchy in the nation’s streets.

“It seems our nation is under attack—attack from within, from socialists who want to bring anarchy to our streets,” Graham, the son of the late Rev. Billy Graham, wrote in a Facebook post on Veteran’s Day. “The hard-won freedoms that we have enjoyed in America are very much at stake. Pray for the President, our Commander-in-Chief, as he leads the nation during these turbulent times, that God would give him wisdom, grace, and understanding for times such as these.”

Graham, an outspoken supporter of President Donald Trump publicly, made an even more ominous statement during an interview with Newsmax in October, in which he expressed his fear that a Biden administration will ramp up attacks on American Christians.

“I’m afraid there will be an attack on Christian businesses, like we saw during the Obama administration,” Graham said.

“I think we will see these kind of attacks from the left against Christian businesses, Christian organizations, and that will happen,” Graham continued. “I think they will try to come after churches, attacks churches, attacks exempt organizations doing humanitarian work, social work throughout the country. Some of the best work in the country are the nonprofits that are working in the inner cities and throughout the country, trying to help relieve some of the problems we have in society.”

Graham also echoed his warnings regarding the threat of socialism during a recent interview with The Daily Wire:

More broadly, Graham also expressed deep concern regarding the trajectory of the Democratic Party’s agenda, which he says “is going toward socialism.” Acknowledging that Democratic nominee Joe Biden is not a socialist, Graham nevertheless observed that many of the people around Biden are socialists and that he has had to make concessions to far-left figures like Sen. Bernie Sanders (I-VT).

“The socialists want to turn our country into Venezuela,” Graham said. “They want to turn it into something like a Cuba. And, of course, the church is their number-one target because they want to shut the mouths of pastors and they want to stop people from getting together and worshiping. And they’ve done that very successfully throughout eastern Europe and throughout every socialist country in this world. And they will do the same to the United States of America.”

Regarding what the future may hold for American Christians, Graham reiterated the warning of freed pastor Andrew Brunson. A year ago, Brunson told the Washington Examiner that he believes persecution is possibly “very close” for the American church, a prediction about which, Graham said, there is “no question.”