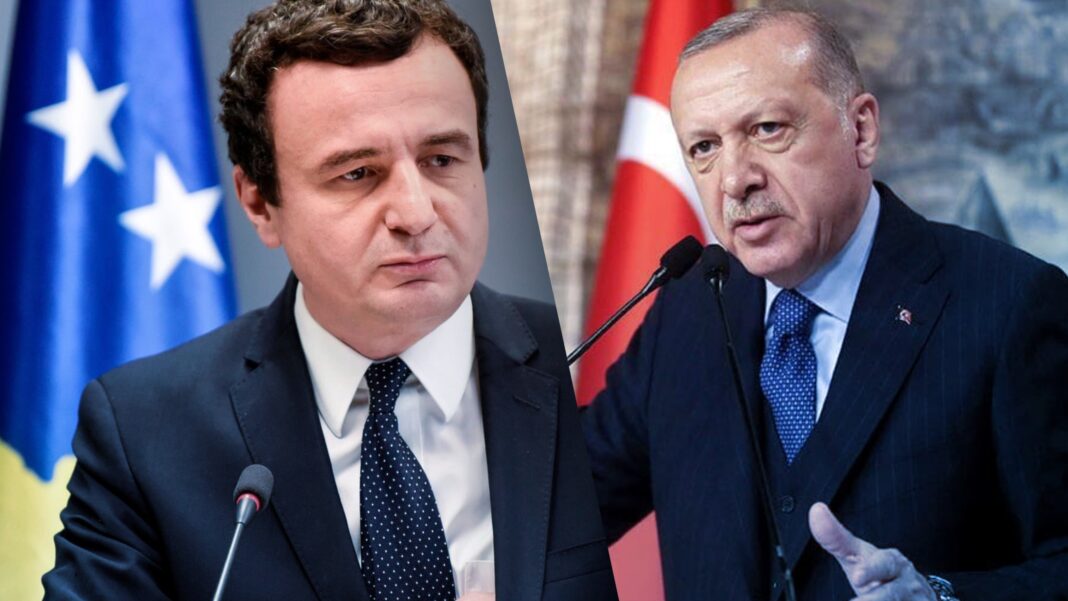 The message was delivered as part of a letter congratulating Kurti on his victory in the country’s election on Monday.

Kurti’s office published the letter from Erdogan on Thursday, according to i24NEWS.

Kosovo recently formally opened its embassy to Israel in Jerusalem, after the establishment of diplomatic ties with Israel on February 1st.

This past September, it was announced that Serbia would be relocating its embassy in Israel to Jerusalem by July 2021 and that Kosovo would recognize Israel.

These moves were included in an agreement on economic normalization between Serbia and Kosovo which was signed at a meeting with then-US President Donald Trump in the White House.

Kosovo President Hashim Thaçi said at the time that “mutual recognition between Kosovo and Israel is a historic achievement.”

Kosovo’s move was condemned by the Jordanian government, which called it “a blatant violation of international law and international decisions.”

The Palestinian Authority, which wants Jerusalem to be the capital of a future Palestinian state, similarly condemned Kosovo for opening the embassy in Jerusalem.