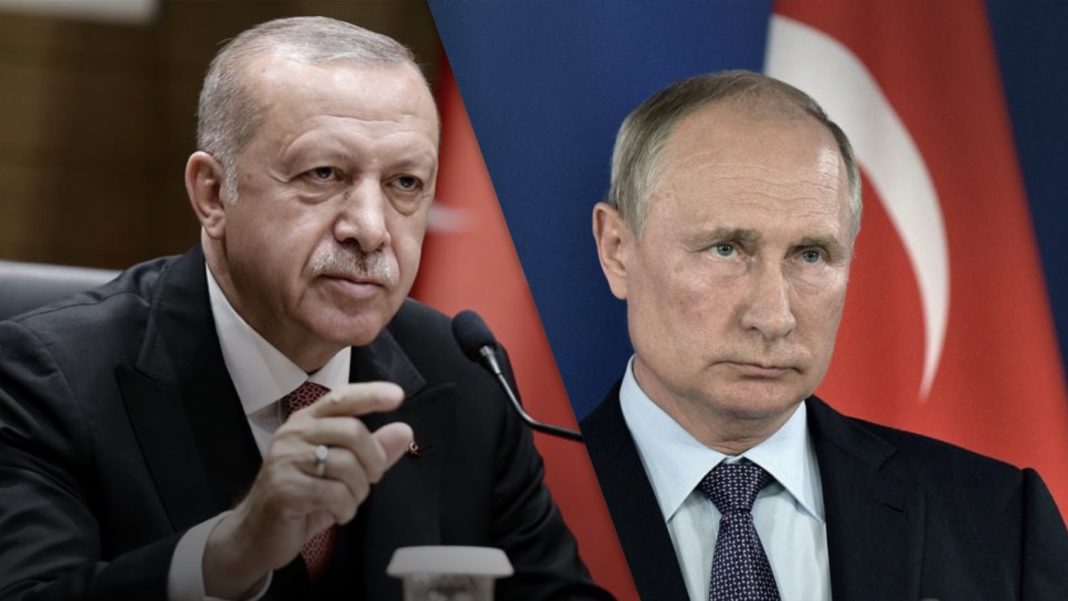 Turkish President Recep Tayyip Erdogan tells Russian President Vladimir Putin that the international community should teach Israel a lesson about its conduct toward the Palestinians.

That’s according to the Turkish Presidential Communications Directorate, which says the two leaders talked by phone Wednesday about the escalating confrontation sparked by tension over Jerusalem.

The statement says Erdogan stressed the need for “the international community to give Israel a strong and deterrent lesson” and pressed for the United Nations Security Council to rapidly intervene with “determined and clear messages” to Israel. The statement says Erdogan suggested to Putin that an international protection force to shield the Palestinians should be considered.

We are already witnessing this Ezekiel 38 alliance of nations cooperating like never before, with Russia, Iran, and Turkey all seemingly confederate together against the Jewish State.

Despite the unrighteous condemnation from global leaders directed at the Jewish State, Israel’s actions have been conducted in self-defense against these attacks, pin-pointing their strikes to target leaders and weaponry of Hamas.

In Genesis 12:3, God not only calls all the nations of the world to bless Israel, but He also presents a warning to those nations and people that choose to curse them: “And I will bless them that bless thee, and curse him that curseth thee:”

The tensions, specifically in Jerusalem and the temple mount, have revealed that the world is turning to reflect Zechariah 12:1-3, a prophecy which tells of a time in which Israel stands alone against global leaders salivating over dividing Jerusalem and stripping it from its God-given ownership to the Jews.