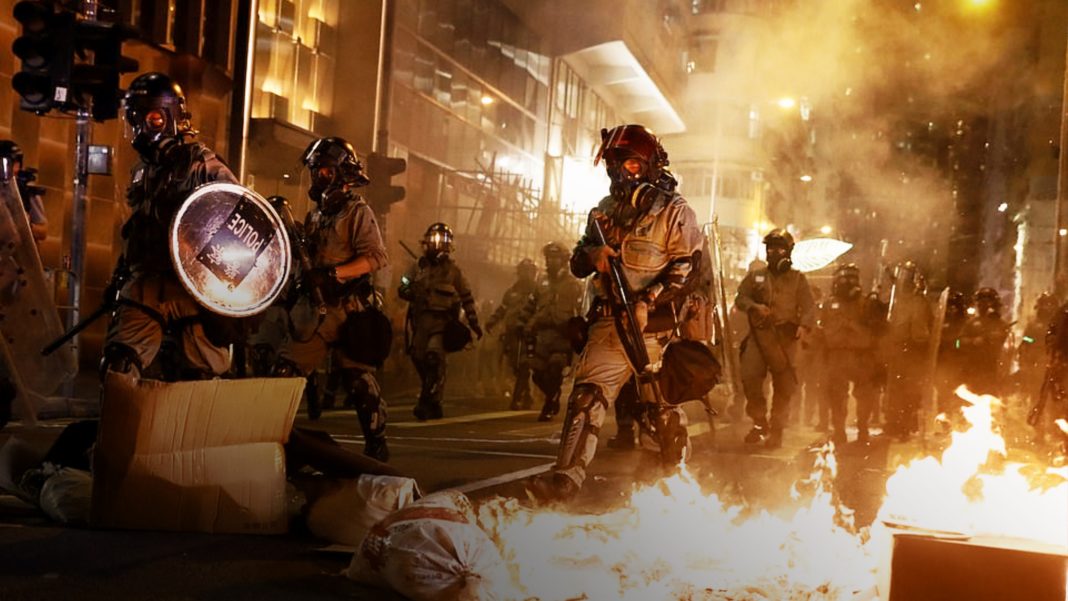 Hong Kong police fired tear gas to break up a demonstration by thousands of masked anti-government protesters today as downtown Hong Kong turned into a battleground.

The protests happened in Victoria Park, a traditional venue for demonstrations and vigils, and the surrounding streets.

Police action was a fast response to a rally billed as an ’emergency call’ for autonomy for the former British colony that was promised its freedom when it returned to Chinese rule in 1997.

The fast-moving crowds headed to the park through the Causeway Bay shopping district, some pulling up metal fencing to build street barricades, their actions masked by others holding umbrellas. Activists also threw at least one petrol bomb.

Many sang the British and U.S. national anthems, waved multi-national flags and a were calling for independence, a red line for Communist Party leaders in Beijing who have vowed to crush any such move.

Police using megaphones warned them to disperse, saying they would be prosecuted for holding an illegal assembly on the 22nd straight weekend of protest.

Police also raised a black flag, warning of tear gas, with activists running in all directions around the park.

Anti-riot Police Tactical Unit vans were already in waiting on the narrow side-streets around the Central business district to the west, the protester’s destination for later in the afternoon.