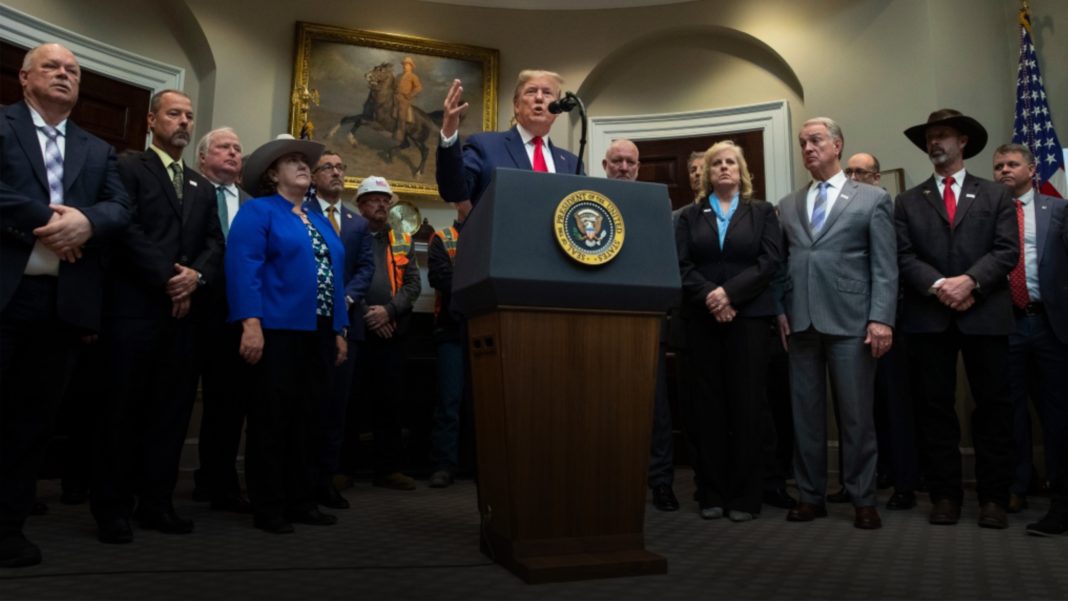 President Donald Trump announced Thursday that his administration would change requirements for environmental reviews, making it easier to get projects approved.

“These endless delays waste money, keep projects from breaking ground, and deny jobs to our nation’s incredible workers,” Trump said, explaining why he was rolling back some of the 40-year-old regulations.

The president announced the plan to modernize the National Environmental Policy Act (NEPA) at the White House.

Department of Transportation Secretary Elaine Chao, Department of the Interior Secretary David Bernhardt, and Environmental Protection Agency Administrator Andrew Wheeler all spoke in favor of the rule, noting that it would restore common sense to the aging NEPA regulations and dramatically speed up the approval process.

“The NEPA process today is too bureaucratic and burdensome and has delayed important environmental projects,” Wheeler said, criticizing the current permitting process as a “Frankenstein of a regulatory regime” and a “welfare program for trial attorneys.”