Joseph Kerr: Do Not Cave To The Pressure – They’re Coming For Your Children 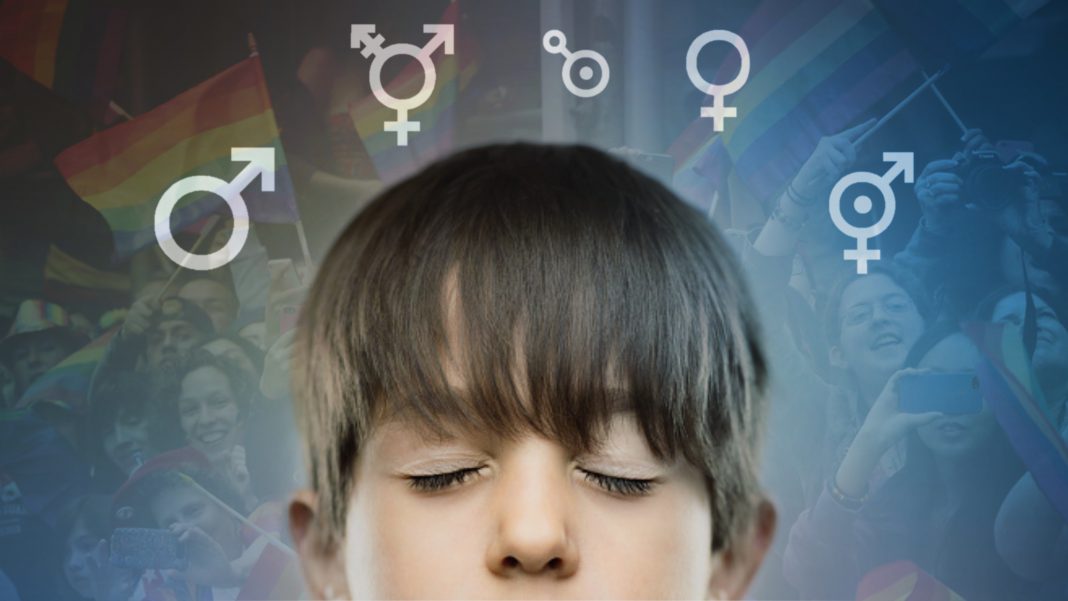 I wrote about this on Facebook earlier in the year (and caught a lot of flak for it) that the homosexual agenda has children in their sights. This is not about equal rights or equal treatment, and it never was. This is about recruiting and grooming with the goal of eventually abusing a generation of children, your children.

Now, it cannot be denied. I’m fine being the bad guy for saying it, but I merely said it first; you just didn’t believe me. Now, the San Francisco Gay Men’s chorus loudly and proudly came out with a new song titled, “We’re Coming for Your Children.” The lyrics proclaim (threaten really):

“You say we all lead lives you don’t respect. But you’re just frightened. You think that we’ll corrupt your kids if our agenda goes unchecked. Funny, just this once, you’re correct. We’ll convert your children – happens bit by bit, quietly and subtly and you will barely notice it…”

Author and speaker Denise Shick has written several books for children addressing the questions of human sexuality, and helping parents explain it. Denise Shick says, “This public announcement should frighten every parent and grandparent.” Shick has written a series of books to help parents and children who are up against unimaginable pressure to accept and champion a debased lifestyle.

Her book, I’m Glad God made me a Girl helps affirm God-given gender rather than questioning it. Her book, What’s Up with Cousin Stacy? is designed to help explain same-sex relationships. I highly recommend them both.

It is no longer a hidden agenda. It is in-your-face and they are after your children. Should you be scared? Yes. Some states, California and New York among them, have taken steps to decriminalize sex between adults and children, even including incest. After years of trying to force you to accept and embrace a deviant lifestyle, they aren’t even trying to hide it, they’re proud, they’re loud, and they’re wrong. Study after study, including prominent studies funded by LGBTQ organizations, prove that those who engage in a gay lifestyle lead depressed, and psychologically susceptible lives. Suicidal thoughts and attempts range above 40% across all age groups. That includes those who ‘transition’ and attempt to imitate the opposite sex.

That’s right, the pills, the clothes, the makeup, the surgical and medical castrations, and forced acceptance in society; none of it changed the feelings of depression and hopelessness. Depression and suicidal tendencies among those who transition are nearly identical, with one exception. Now, they’re still depressed and suicidal, but they’re also mutilated, sterile, and don’t fit either gender group. So naturally, they feel even more isolated and confused. Gender-confused children should get help and counseling. They should not be encouraged to undergo surgery or be told it’s perfectly natural to imitate the opposite sex.

In 2017, the American College of Pediatricians released a groundbreaking report, Gender Ideology Harms Children. The report “urges healthcare professionals, educators, and legislators to reject all policies that condition children to accept as normal a life of chemical and surgical impersonation of the opposite sex. Facts – not ideology – determine reality.” They further state, “as many as 98% of gender confused boys and 88% of gender confused girls eventually accept their biological sex after naturally passing through puberty.”

And that gender confusion during youth is precisely why the radical sexual agenda wants to coerce your children before they reach the natural process that confirms who they are sexually-puberty. They want to create confusion at an early age so your kids will accept sexual advances and abuse as normal behavior.

In the conclusion of the above report, point number 8 states, “Conditioning children into believing a lifetime of chemical and surgical impersonation of the opposite sex is normal and healthy is child abuse. Endorsing gender discordance as normal via public education and legal policies will confuse children and parents, leading more children to present to “gender clinics” where they will be given puberty-blocking drugs. This, in turn, virtually ensures they will “choose” a lifetime of carcinogenic and otherwise toxic cross-sex hormones, and likely consider unnecessary surgical mutilation of their healthy body parts as young adults.” [emphasis mine]

Suicide rates are nearly twenty times greater among adults who use cross-sex hormones and undergo sex reassignment surgery, even in Sweden which is among the most LGBTQ-affirming countries. In other words, the more “affirmation” and medical procedures they receive, THE WORSE IT GETS!

What loving, affirming, caring, compassionate person would condemn a confused individual to that kind of future? But if we all just include and embrace and celebrate their choice that will all change. Nope.

Unfortunately, the more studies that are done, the more untrue that has proved to be. And yet they still insist those of us who oppose that behavior are the problem. No, the problem is simple, when you reject the counsel and wisdom and facts of the Creator of the universe and the Creator of human sexuality, you will inevitably end up in the wrong place. It was written nearly 2000 years ago because it happened before, it was happening in Rome then, and God knew we would be here again. (Sexual perversion is not new and woke. It’s actually very old)

Romans 1:21-27 explains what will happen and warns that the inevitable outcome will be the same every time,

Romans 1:21-27 KJV – “Because that, when they knew God, they glorified him not as God, neither were thankful; but became vain in their imaginations, and their foolish heart was darkened. Professing themselves to be wise, they became fools, And changed the glory of the uncorruptible God into an image made like to corruptible man, and to birds, and fourfooted beasts, and creeping things. Wherefore God also gave them up to uncleanness through the lusts of their own hearts, to dishonour their own bodies between themselves: Who changed the truth of God into a lie, and worshipped and served the creature more than the Creator, who is blessed for ever. Amen. For this cause God gave them up unto vile affections: for even their women did change the natural use into that which is against nature: And likewise also the men, leaving the natural use of the woman, burned in their lust one toward another; men with men working that which is unseemly, and receiving in themselves that recompence of their error which was meet.” [emphasis mine, truth God’s]

God knew then this was coming, it’s still true now, and all the parades and executive orders and shaming and canceling are not helping those who need the help most. At some point, they will understand it’s not working, but for many, it will be too late. In the meantime, protect your children.

Don’t lie to them and tell them human biology is a choice. Give them the wise and honest counsel they deserve. Do not cave to the pressure of those who have unmistakably, unapologetically stated they want the worst for your children.