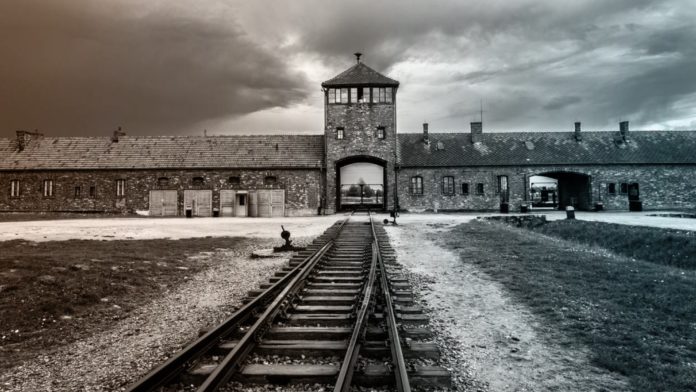 A college student at Benedictine University asked a Holocaust survivor if he supports Israel’s alleged “ethnic cleansing” of Palestinians earlier in October and walked out after he wouldn’t denounce the country.

Scholar Harold Kasimow gave speeches Oct. 23 and Oct. 24 at the Illinois campus. He is a Holocaust survivor, and spoke about “Advancing Abrahamic Friendship: Modern Popes in Dialogue with Jews and Muslims” and “Bearing Witness: Memories of a Child Holocaust Survivor,” the school’s newsroom wrote.

During one of the talks, senior Ayah Ali asked Kasimow if the Holocaust could be compared to how Palestinians are treated today in Israel, Jewish News Syndicate reported. Ali is affiliated with Benedictine University’s Students for Justice (SJP) in Palestine chapter, according to the outlet.

“It means the world to see that you were willing to share your story with us, but I wanted to bring your attention towards a similar story,” Ali told Kasimow. “I’m sure you know about what’s happening in Palestine, and my question to you is, do you support or do you condemn the establishment of the Zionist Israeli state, and whether it’s okay to exile and completely — the complete ethnic cleansing of the Palestinian people, the way that the Jewish people were exiled and ethnically cleansed?”

Kasimow noted that he is not well-versed in the Israeli-Palestinian conflict and added that Israel has a right to exist even though he is “not happy with the government.” The issue, Kasimow said, is complicated. (Palestinian Advocacy Group Touring US Has Ties To Terrorist Organization)

Ali then said she is a “survivor of the intifada.” She called out the Holocaust survivor for remaining “neutral in a situation of injustice,” calling it “disappointing.”

“It’s not a matter of neutral … It’s not total guilt or innocence on either side,” Kasimow replied, prompting Ali to walk out of the speech a few moments later.

Benedictine University’s Students for Justice tweeted out a response to the situation, noting that it surprised them.