NY Dem. Asserts ‘God’s Will is No Concern of This Congress’ During Equality Act Debate 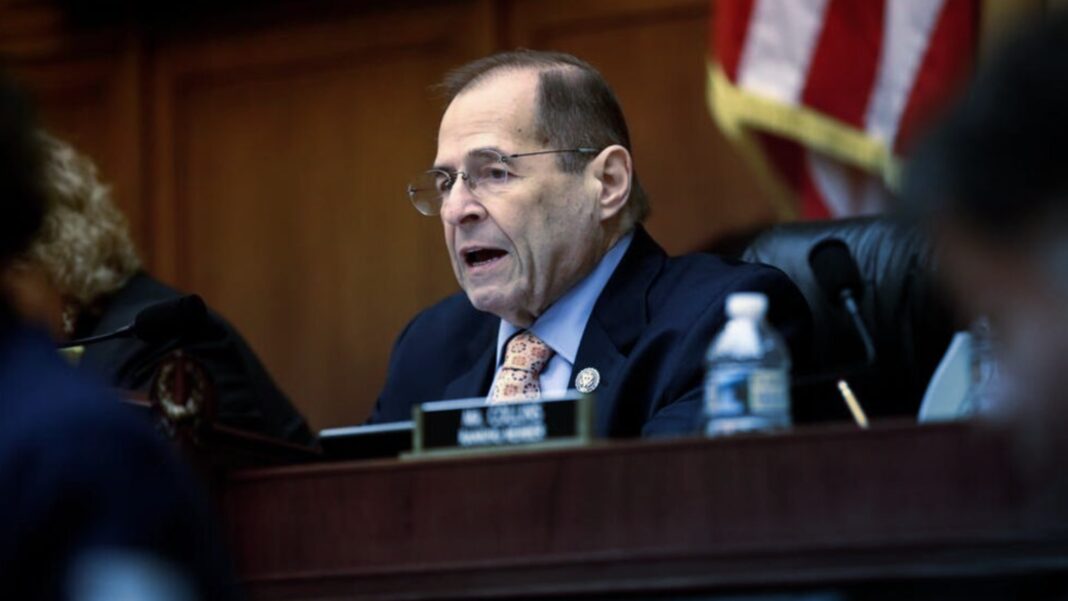 Rep. Jerry Nadler (D-NY) received stark criticism following last week’s meeting over the Equality Act where Nadler proceeded to tell another congressman that “God’s will is no concern of this Congress.”

An intense debate unfolded on the House floor while Rep. Greg Steube (R-FL) tried to explain the real concerns over the bill. He referenced a verse in the Bible that provides truth and fact about the matter.

“I am going to start with the truth. Deuteronomy 22:5 states: ‘A woman must not wear men’s clothing, nor a man wear women’s clothing, for the Lord your God detests anyone who does this,” Steube said. “Now, this verse isn’t concerned about clothing styles but with people determining their own sexual identities.”

“It is not clothing or personal style that offends God but, rather, the use of one’s appearance to act out or take on a sexual identity different from the one biologically assigned by God at birth,” the congressman added. “In His wisdom, God intentionally made each individual uniquely either male or female. When men or women claim to be able to choose their own sexual identity, they are making a statement that God did not know what he was doing when he created them.”

In response, Nadler stated, “Mr. Steube, what any religious tradition ascribes as God’s will is no concern of this Congress.”

Steube replied he strongly disagrees with the New York congressman, and then pointed out that etched in the wall above the House speaker’s roster are the words, “In God We Trust.”

“You can reject God and not believe in God and you have that choice,” Steube declared. “But to say that religion – which is not religion, it’s just biblical truth – to say that religion has no place in this Congress when our country was founded on Judeo-Christianity…I certainly completely disagree with that.”

RECOMMENDED: Ken Ham – The Equality Act Is Set to Destroy Religious Freedom—What Should We Do?

The Equality Act passed the House 224–206 on Feb. 25, moving it on to the Senate where 60 votes are required for the bill to advance further.

Bill H.R.5 is designed to expand civil rights protections for LGBTQ people. But critics say if it’s passed, it would be devastating for religious freedoms and for babies in the womb.

Under the bill, biological men would be allowed to compete in women’s sports effectively obliterating Title IX while girls and women would be forced to share locker rooms and bathrooms in schools and public places.

And Christian beliefs are considered unlawful and disagreement is considered discrimination. Churches could be prevented from requiring employees to abide by their biblical beliefs about marriage and differences between men and women.