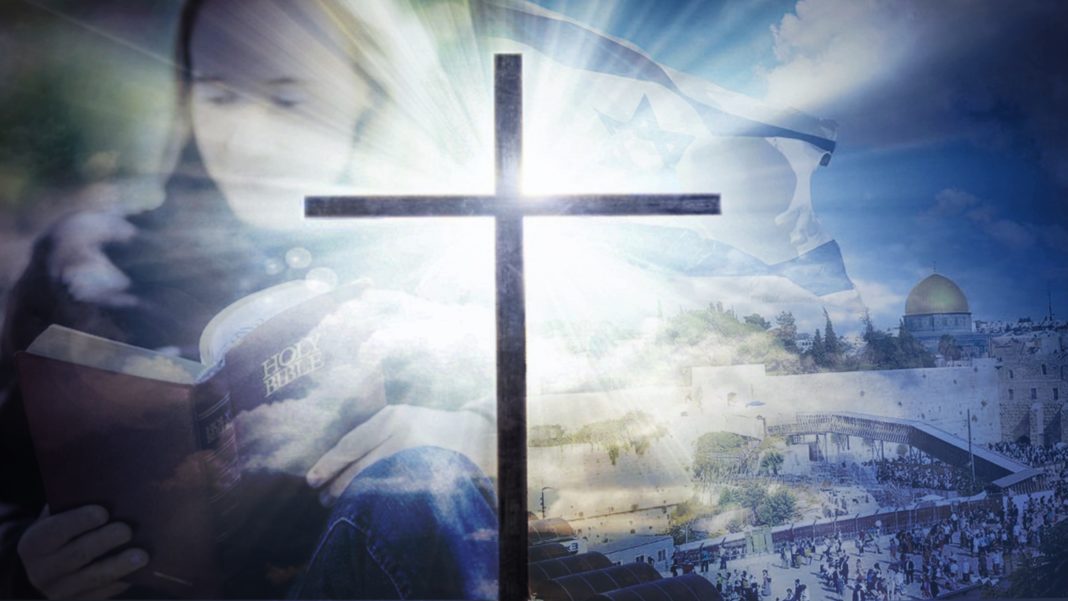 By saying that you are a Christian, you then confess that you believe in Christ.

The word Christian means “follower of Christ,” thus if we call ourselves Christians, we then need to follow Him by believing His entire word, getting or coming to know Him, believing He is who He says He is, and lastly, understanding where He comes from and where He wants to lead us.

In order for us to understand where Christ comes from, we must first understand that Jesus was born into a Jewish family, thus making Him a Jew. Why does this matter?

The Bible prophesied that the land would go from a desolate uninhabitable land to one again flowing with milk and honey once the Jews return. Isaiah 66:7-8, Ezekiel 36:34-35, even going as far as to say that passers-by would be awestruck by its desolation!

Ezekiel 36:34-35 KJV – And the desolate land shall be tilled, whereas it lay desolate in the sight of all that passed by. And they shall say, This land that was desolate is become like the garden of Eden; and the waste and desolate and ruined cities are become fenced, and are inhabited.

Prior to the re-establishment of the state of Israel, Mark Twain gave an account as he passed through the land, remarking at its desolation:

“There is not a solitary village throughout its whole extent—not for thirty miles in either direction. There are two or three small clusters of Bedouin tents, but not a single permanent habitation. One may ride ten miles, hereabouts, and not see ten human beings...

We traversed some miles of desolate country whose soil is rich enough, but is given over wholly to weeds— a silent, mournful expanse, wherein we saw only three persons…

Palestine is desolate and unlovely. And why should it be otherwise? Can the curse of the Deity beautify a land?…

There was hardly a tree or a shrub any where. Even the olive and the cactus, those fast friends of a worthless soil, had almost deserted the country. No landscape exists that is more tiresome to the eye than that which bounds the approaches to Jerusalem.”

Even in further detail, God tells us through prophecy that the nation would be reborn in a single day (Isaiah 66:8)! In 1948, this happened as God said it would, and a Jewish state was born. The British mandate on the land ended, Israel declared it’s independence and the United States confirm their declaration, in a single day, the Jewish state was re-established!

So the Jews are back in their land, but not without hardship, trials and tribulations. There is an irrational hatred for the Jewish people, in every case, it is nonsensical, but even more so when it is perpetrated by those who call themselves Christians.

For we as Christians to say we believe that Jesus the Christ is the son of the living God who walked this earth some 2000 years ago and then to hate or to dislike the Jews is not only un-understandable but unacceptable. To do so, we would have to deny history, God’s Everlasting Covenant, His future plan for the Children of Israel and Jesus Christ Himself (who again is Jewish).

Look at the scale of anti-Semitism in Europe, and even so across the world. The Democrats within the United States could not wait for Trump to be out of office in order to break all ties with Israel!

You then should seriously reconsider your Christian status, for Israel is the “Apple of His eye.”

Zechariah 2:8 KJV – “For thus saith the Lord of hosts; After the glory hath he sent me unto the nations which spoiled you: for he that toucheth you toucheth the apple of his eye.”

I think it is because many Christians are giving way to delusion. By rejecting the Jews and their land, we are rejecting Jesus Christ, our Lord, and Saviour as well.

May the Lord’s blessings rain down on Israel, the Jews, and all that believe that Jesus was a Jew and stand with the Jewish state!

Passing Down Faith & Truth In a World Spiraling Down

The Worldview War Comes Down To Three Words: God Or Man