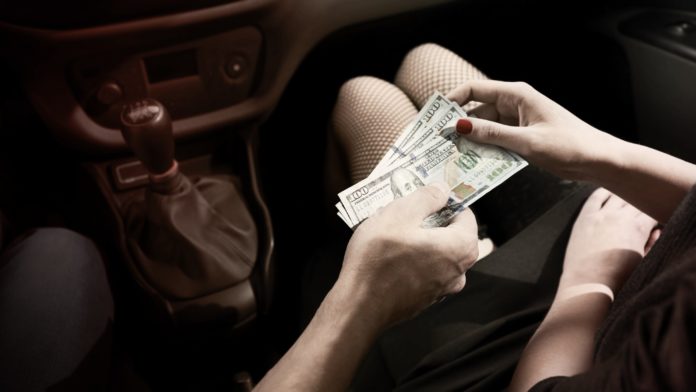 The Washington, D.C. City Council on Oct. 17 will hold a public hearing concerning a proposal to fully decriminalize the sex trade in the District of Columbia.

The Community Safety and Health Amendment Act of 2019, introduced on June 4 by D.C. council member David Grosso, would remove all criminal penalties for commercial sexual exchanges, such as prostitution, for those 18 and older.

From the onset, the bill has drawn the ire of various anti-trafficking organizations, as well as many former victims of the commercial sex industry.

“Don’t let the lofty sounding title of this bill fool you,” the National Center on Sexual Exploitation (NCOSE) said. “It is a Trojan horse empowering organizers of sexual exploitation—pimps (i.e. sex traffickers) and brothel keepers—as well as serving the interests of sex buyers.”

World Without Exploitation, an organization committed to helping to end human trafficking and sexual exploitation, is also firmly against the legislation, saying, “This bill won’t keep anyone healthy or safe.”

In a letter to the city council on Oct. 2, more than 200 people—many of them formerly prostituted—publicly criticized the bill:

“We, the undersigned survivors of the sex trade, have collectively experienced hundreds of years of abuse, violence, objectification and dehumanization in the sex trade,” the letter read. “We know firsthand that prostitution is not a victimless crime and that most individuals involved in the sex trade are not there voluntarily and have experienced long-term harm as a result of being bought and sold. We strongly oppose pending legislation to fully decriminalize the entire sex trade in D.C., the Community Safety and Health Amendment Act of 2019.”

“This legislation decriminalizes the sex industry in D.C., including sex buying, acts of pimping/procurement and brothel owning,” it continued. “This measure will increase violence against women and children, regardless of their involvement in the sex trade, while greatly increasing instances of sex-trafficking in the District.

“Our voices must be heard in this discussion because we have lived the harm you want to make legal.”

If the measure is passed, it would make the nation’s capital the first city in the United States to legalize prostitution and commercial sex—although there are already a few counties in Nevada that have legalized sex practices.

“I first learned about this bill from my pimp; he was excited about it,” one teenage survivor shared at a listening session between commercial sex victims and D.C. Council staff. “If pimps and traffickers are excited about it, don’t you think there’s something wrong?”