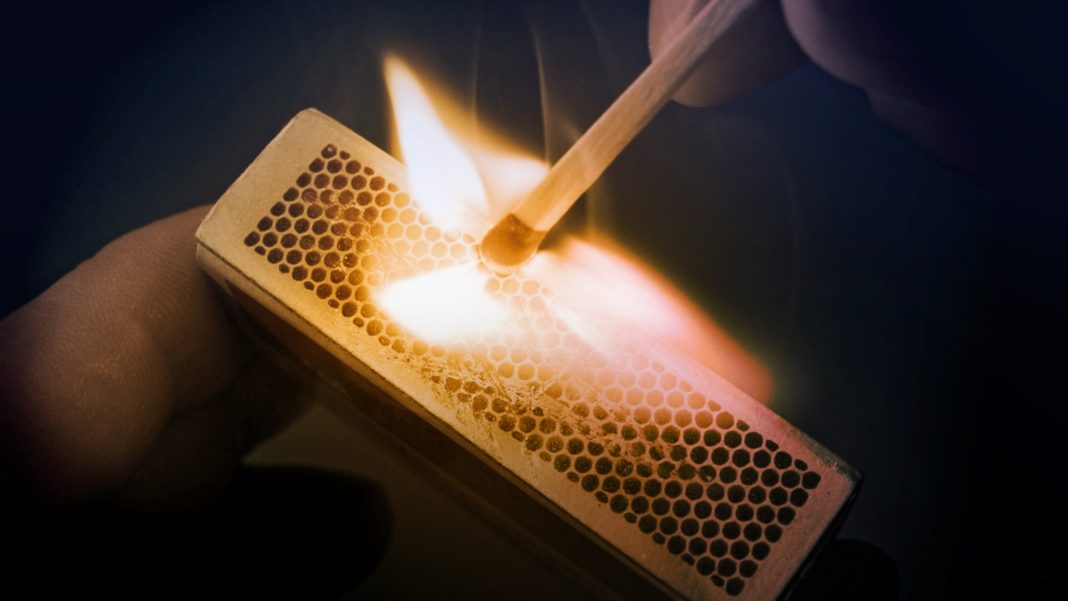 As the fires continue to burn in Canada, one right-leaning journalist is likening the rash of church arsons to the early signs of the systematic persecution of Jewish people in the lead up to Nazi Germany.

“I’m reluctant to use the word ‘Kristallnacht,’ because we’re not there yet,” he said. “That was the ‘Night of the Broken Glass’ in pre-Holocaust Germany, where they smashed and burned and killed Jewish synagogues. It was a precursor to the Holocaust.”

“Obviously,” Levant continued, “we are not that far gone yet. But what do you call it when literally dozens of churches are being systemically vandalized, torched?”

The conservative commentator’s remarks come as several churches — mostly belonging to Catholic or Anglican denominations — have been burned to the ground amid the discovery of unmarked graves at erstwhile schools for indigenous children.

Roughly 150,000 indigenous Canadians were forced to attend the “Indian residential school system,” which was largely operated by the Catholic Church, over a period of 120 years. In 2015, a government commission concluded the system was guilty of a so-called “cultural genocide” against indigenous people groups.

Since May, more than 1,100 unmarked graves of children have been discovered on the former grounds of those long-shuttered schools in Saskatchewan, Manitoba, and British Columbia.

Canadian Prime Minister Justin Trudeau offered a soft condemnation of the attacks in late June, saying “destroying places of worship” is “not the way to go.”

He offered a bit of a stronger message late last week, calling the arsons “unacceptable and wrong,” adding, though, that he “understand[s] the anger.”

“But I can’t help but think that burning down churches is actually depriving people who are in need of grieving and healing and mourning from places where they can grieve and reflect and look for support,” the prime minister said.

Despite Trudeau’s comments, the leader of the British Columbia Civil Liberties Association, endorsed the arsons, calling for even more churches to be set ablaze.

“Burn it all down,” tweeted Harsha Walia, executive director of the association, according to CBN News.

And Gerald Butts, the former Canadian principal secretary to Trudeau, described the arsons as “understandable.”

First Nations leaders and members, though, are calling for an end to the church fires. Jenn Allan-Riley, an indigenous Pentecostal minister, said such actions are “not our native way.”

“We do not have people,” she said. “We do not spread hate. We love people. We do not destroy other people’s places of religion. We’re asking for people who are setting these fires to stop now.”

Levant, for his part, rebuked Trudeau for not offering a bolder condemnation of what he described as an “anti-church hate crime wave.”

“Justin Trudeau, who is normally the first and the wokest, waited a week before saying anything,” he explained. “And he literally said, ‘That’s not the way to go.’ That was as tough as he got.”

Levant took a dig at the prime minister for being more focused on banning free speech on the internet than on ending the assault on churches in Canada, including one Protestant congregation of Vietnamese refugees.

“I think these are dark days for religious freedom in Canada,” he concluded.

Ken Ham, condemned the response of those encouraging and ‘understanding’ the arson attacks of Churches. Ham specifically rebuked a radio host, who without repercussion, called people to “burn the churches down.”

“Can you imagine what would happen if Christians made such a statement about an LGBT group or any kind of secular organization?” ham questioned. “They would be arrested and jailed for hate speech. Many political leaders today are creating an environment that fuels hate against Christians.”

Pastor Ed Hickey, of Calvary Chapel London, in Ontario, stated that immense pressure is coming for believers not only in Canada but everywhere, including the United States.

“Our society is becoming more and more hostile all the time,” Pastor Hickey stated. “Can you sense what’s going on in our culture right now? Do you sense it in the news? You hear about churches being burned down…”

“Those are catholic churches, and of course, we’re a protestant church,” he continued, explaining that, to the unbeliever who is targeting Christians, a church is a church.

It has also been pointed out that this is the same country that has jailed and fined Pastors and churches for merely holding in-person service. Politicians scorned Christians for violating lockdown measures, while now, as churches are set ablaze they are either silent or state that such actions are “understandable.”

Is this not a culture whose morals are completely upside down, as they call evil good and good evil?

The Bible speaks about growing persecution and hatred of Christians and the truth in the last days:

2 Timothy 3:1, 8-9, 12-13 KJV – “This know also, that in the last days perilous times shall come… as Jannes and Jambres withstood Moses, so do these also resist the truth: men of corrupt minds, reprobate concerning the faith. But they shall proceed no further: for their folly shall be manifest unto all men, as their’s also was… Yea, and all that will live godly in Christ Jesus shall suffer persecution. But evil men and seducers shall wax worse and worse, deceiving, and being deceived.”