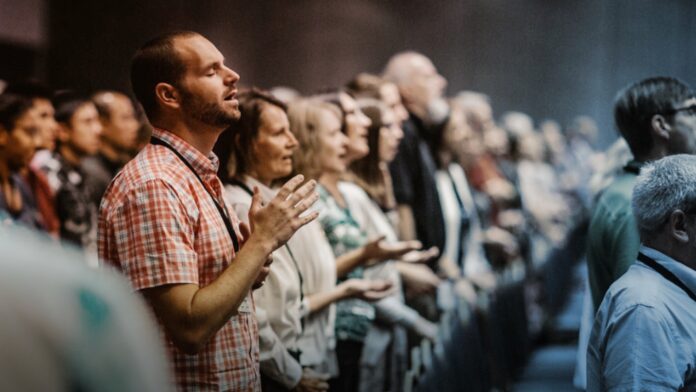 “If you don’t stay closed, we will close you.” Comments like these are commonplace, especially in liberal states like mine (California). Like most American churches, we closed our doors when President Trump first issued the order early in 2020. We were very willing to submit to the governing authorities and protect our community—that is, until the political motivation of the lockdown became obvious.

A clear agenda is at work, one with scores of inconsistencies. As just one example, a story of a man dying of alcoholism caught national attention because the cause of death was recorded as COVID-19. And one day government officials tell us to wear masks; the next, such as in this video, they tell us not to. Journalist Sharyl Attkisson, a former CBS News reporter, has exposed many other inconsistencies.

Prisoners are being released while law-abiding citizens are arrested. Numbers are being altered, and hospitals are benefitting from COVID cases. Riots and protests are encouraged while church attendance is banned. We can no longer hide behind excuses like “Staying closed is loving our neighbor.” No, staying closed now is loving laziness.

Recently there was quite a bit of interest over the CDC’s statement that only 6% of people actually died of the coronavirus alone, putting the nationwide death rate around 0.003%. But many liberal organizations rushed to explain it away. This, too, clearly points to an agenda. Dr. Fauci, when speaking at Georgetown University in 2017, warned of a “surprise outbreak” during the Trump administration. Was this just a good guess?

Many say that the World Health Organization, the CDC, Bill Gates, and Dr. Fauci are all connected, each having vested interests in the current pandemic (as does a certain political party). And does no one find it odd that hydroxychloroquine has been safely used as a treatment option since the 1950s, but now it’s under scrutiny? Suddenly a drug that has been in constant use worldwide for more than 70 years needs more testing to determine if it is safe? How many more years do the “experts” need to study it? Hydroxychloroquine is in the way of vaccine production. Too many things are not lining up.

There are numerous other stories as well, such as doctors being told to write COVID-19 as the cause of death even if it was not. The San Diego Tribune ran a story quoting Supervisor Jim Desmond as saying, “We’ve unfortunately had six pure, solely coronavirus deaths—six out of 3.3 million people.” I’m not minimizing even one death, but there is a greater chance of dying just walking down the street than from COVID-19 in most parts of the US. What about the increased suicide rate, the alarming divorce rate, the surge in alcohol and drug addiction, and the fear that we are instilling into our children? Should we not take these into consideration as well?

AT WHAT POINT DOES THE CHURCH TAKE A STANCE

At what point does the church take a stand? Thank God for people like John MacArthur, Rob McCoy, Jack Hibbs, Ken Graves, and others who are fanning the flames of boldness. I believe that if some churches don’t open soon, they won’t open at all, especially once flu season arrives and those who have the flu will then be suspected as having COVID. The agenda is crystal clear to those who are looking through the right lens—a biblical lens.

Additionally, it makes it very hard to submit to governing authorities when they do things such as legalizing pedophilia here in California. What would God say about that? Are people suggesting that God wants us to submit to that type of authority?

I have a hard time seeing how we are supposed to capitulate to reckless oversight under the banner of “submitting to governing authorities” when those authorities are in clear violation of our governing document as well as God’s Word. They are trying to silence the voice of truth. In Acts 5:29 we find that we must submit to the highest Authority: “We must obey God rather than man!”

In short, the virus is real, but the numbers are not. We have reached the point where we must lovingly but resolutely confront the fake narratives. If not us, who? If not now, when? Irrational reactions, inconsistent policies, and a severe overreach of authority are devastating our nation, our families, and the next generation. We must remove the veil of deception and confront the new lie that if you are for freedom then you are selfish. Let the ridiculous irony of that concept sink in for a moment—is it selfish for slaves to desire freedom?

I do believe that some elected officials and medical personnel are trying to do what they believe is best from their vantage point, but many others are pushing their agenda to see what the American people will allow. It may sound reasonable, even wise to those who are panicked about COVID-19, to take these extreme measures, but stop for a moment and ask yourself, Why are we shutting down the economy for this when we have not done so for other, arguably far more deadly, pandemics?

As a matter of fact, since the 1600s America has experienced health-related epidemics such as typhoid, scarlet, and yellow fevers every 15 years or so, but we have never taken such extreme measures, nor has our media and elements of our government purposely fostered such a level of panic. Want something a bit more recent? Do you remember when, under President Obama, we closed businesses and enforced mask mandates and sought to destroy our economy to combat the swine flu. No? That is because we didn’t do any of those things, despite 60 million cases in the US (compared to 6.8 million COVID cases). Why? Because it’s not worth destroying America from within (unless there is an agenda at play—a global agenda).

Many believe that this is an orchestrated attempt to destroy our economy, disrupt the November elections, initiate a global reset, and ultimately, silence the churches. Peaceful protests are infiltrated by hate groups paid by individuals with deep pockets to create confusion and chaos while governments concern themselves with policing church parking lots and making sure believers are not allowed to sing. This is beyond ridiculous!

Folks, how much more do you need to see before you wake up and take a stance? In the Bible, I don’t read positive things about cowardliness, but I do read a great deal about boldness. It’s actually a by-product of being filled with the Spirit. Yes, we must be loving and gentle, but we also must be wise as serpents and bold as lions when it comes to holding the line. God commands us to expose the unfruitful works of darkness with the truth (Ephesians 5:11). Truth is the only thing that stabilizes.

I recently saw a survey on Facebook that asked, “Do you feel that most church leaders speak up about the real issues facing us today?” The overwhelming response was a very loud and clear no!

Pastors, people are looking to us to lead the way, but many of you are exchanging truth for tolerance, boldness for balance, and conviction for cowardliness. Many don’t want to offend for fear they might lose their audience. Pastors and Christian leaders alike, we must take responsibility for the spiritual health of our nation—and make no mistake, whether we accept that responsibility or not, God Himself will hold us accountable. The pulpit inevitably sets the tone of the religious climate of the nation. A fearful church simply reflects fearful pastors. The silent pulpit is not God’s pulpit. We must bend when needed but never capitulate.

The Bible calls pastors “watchmen” who cry out and sound the alarm to awaken a sleeping church, not sing her lullabies. The prophet Isaiah, who doesn’t mince words about lazy watchmen, says they are blind and ignorant and that they are all dumb dogs who cannot bark (raise their voices to warn). They sleep and lie down, loving to slumber (see Isaiah 56:9).

At first glance, you may think this wording is too strong, but I can assure you that it is probably not strong enough. Backing away from speaking the truth in love is a serious offense against God. Silence about sin is rebelling against the call of God. If your sermons do not anger the world and challenge the lukewarm from time to time, you should seriously question your calling.Few Spirit-filled preachers are left, and when one rises, he is quickly dismissed as too political and labeled narrow-minded, legalistic, and extreme. The so-called evangelical church in our land is on the verge of having the Lord remove our lampstand because pastors are missing this incredible opportunity to take a bold stance (see Rev. 2:5). Silent shepherds are speaking volumes. Read more here. 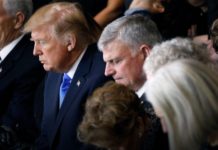