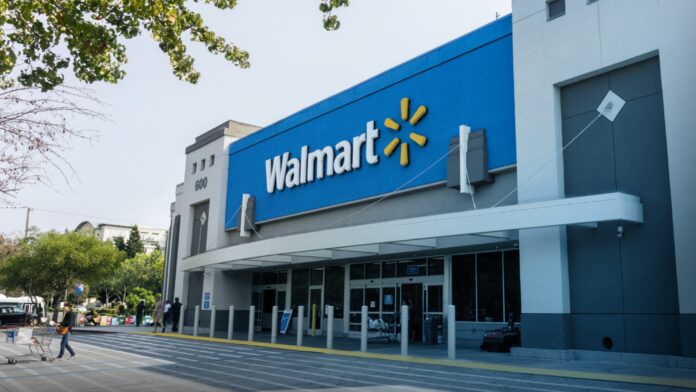 A church in Pennsylvania was able to “outsmart” its Democratic governor by holding its worship service, deemed “non-essential,” in a Walmart, which is regarded as essential, reported Law Enforcement Today.

It happened in North Versailles, Pennsylvania, where worshipers met despite Democratic Gov. Tom Wolf’s April order that individuals “should not gather in religious buildings or homes for services or celebrations until the stay-at-home order is lifted.”

The report said Nancy Halford, a Walmart employee, “stopped what she was doing to join the singing and record the event, and the video has now gone viral.”

LET commented: “The Walmart video has shown that there is absolutely no reason why houses of worship should be closed. If people can safely gather at a Walmart to worship, then it is absurd to suggest that the actual house of worship is any more dangerous.”

The church moved its worship service from its building to Walmart after police officers interrupted to disperse the congregation. Pastor Jerry Waldrop asked members to go directly to the store to continue their worship.

At the store, the town’s mayor insisted the church members couldn’t meet there.

LET reported: “This just further affirms the bias that is taking place across the country in the name of ‘safety’ and ‘quarantine.’ Liquor stores and marijuana shops were deemed essential, but houses of worship were not. It seems as though politicians are using this time to abuse their power in the name of the pandemic.”

The purpose was to protest Nevada laws that limit the number of people in a church to 50 and let casinos fill up to 50% capacity.

Nevada won a Supreme Court decision July 24 that affirmed its cap on public gatherings. Justice Neil Gorsuch wrote in dissent: “In Nevada, it seems, it is better to be in entertainment than religion. Maybe that is nothing new. But the First Amendment prohibits such obvious discrimination against the exercise of religion.”

Gorsuch wrote that the “world we inhabit today, with a pandemic upon us, poses unusual challenges. But there is no world in which the Constitution permits Nevada to favor Caesars Palace over Calvary Chapel.”

“The Constitution guarantees the free exercise of religion. It says nothing about freedom to play craps or blackjack, to feed tokens into a slot machine or to engage in any other game of chance,” he wrote.