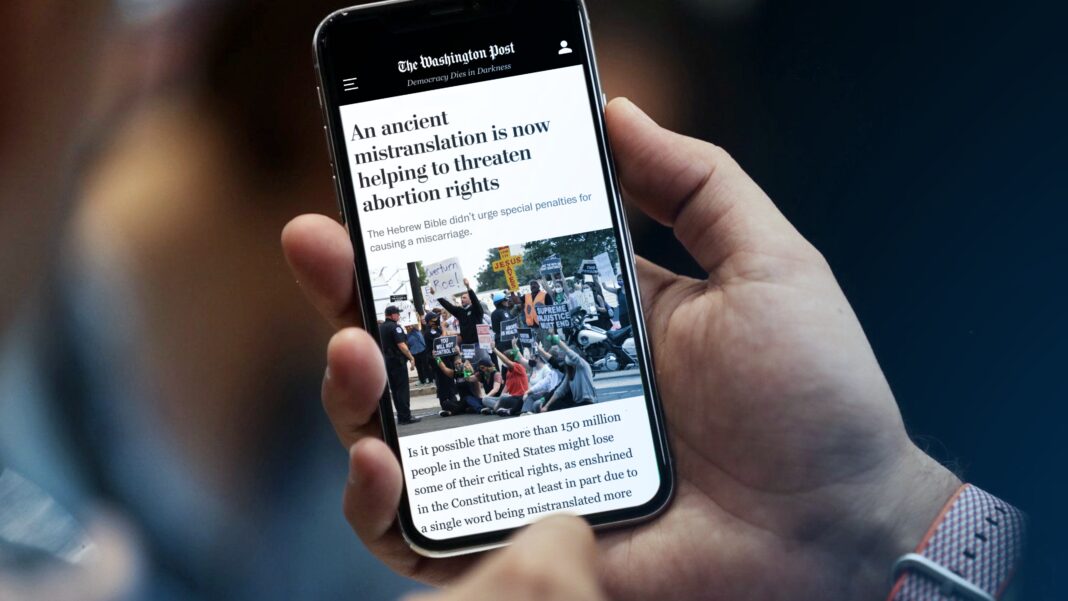 Have Christians gotten their views on human life and abortion all wrong?

That’s the argument a rabbi and a liberal Baptist minister have put forth in the Washington Post, clinging to a passage from the Mosaic law as a proof text to propose that opposition to abortion is really based on misinterpretation of a Hebrew word in Scripture.

It didn’t take long for a chorus of evangelical leaders like Franklin Graham and Alveda King to point out the selective theology the op-ed seeks to advance.

In an Oct. 12 article, Danya Ruttenberg, scholar in residence and leader of the “Rabbis for Repro” effort at the National Council of Jewish Women; and Katey Zeh, chief executive officer of the Religious Coalition for Reproductive Choice, argue that pro-lifers’ opposition to abortion is “at least in part due to a single word being mistranslated more than 2,000 years ago.”

Ruttenberg and Zeh cite Exodus 21:22-25, which in a few translations such as the Revised Standard Version (RSV), render the Hebrew word ytsa’  (to “go forth”) as miscarriage. The verses are part of a section that describes laws regarding quarreling. If two men fight and a pregnant wife intervenes, the passage describes just compensation if, according to the RSV, the woman miscarries a baby as a result of her intervening. However, as Baptist pastor John Piper has pointed out, most modern translations—including the New King James Version, the English Standard Version, New International Version, Holman Christian Standard and the popular Message paraphrase—translate ytsa’ as a premature birth, not a miscarriage.

Piper, in a 1989 article decrying abortion rights advocates use of the RSV to argue that full human value begins at birth, wrote:

“There is a Hebrew verb for miscarry or lose by abortion or be bereaved of the fruit of the womb, namely, shakal. It is used nearby in Exodus 23:26, “None shall miscarry (meshakelah) or be barren in your land.” But this word is NOT used here in Exodus 21:22-25.

“Rather the word for birth here is ‘go forth’ (ytsa’). ‘And if her children go forth …’ This verb never refers to a miscarriage or abortion. When it refers to a birth it refers to live children ‘going forth’ or ‘coming out’ from the womb. For example, Genesis 25:25, ‘And the first came out (wyetse’) red, all of him like a hairy robe; and they called his name Esau.’ (See also v. 26 and Genesis 38:28-30.)”

In a response to the Washington Post article, Franklin Graham told Fox News that the sanctity of human life in the womb, from conception, is reasoned from and rooted in all of God’s Word.

“Our beliefs about the sanctity of life aren’t just tied to a single verse that some may try and find fault with—they are wrapped up in the entirety of Scripture,” Graham argued. “The inescapable and unmistakable theme that God created us and loves us is repeated throughout the Bible.”

Franklin cited passages such as Genesis 1:27, which shows God’s creation of humans in His likeness; Jeremiah 1:5 and Psalm 139, which explicitly speak of God’s handiwork in the womb and His sovereignty in each human life, and Luke 1’s description of the Holy Spirit filling the pre-born John the Baptist so that he leaps in his mother Elizabeth’s womb as she greets Mary, who is pregnant with the Son of God.

“I would encourage anyone who suggests the Scriptures don’t make a clear case for the sanctity of life to spend more time reading God’s Word,” Franklin said.

Mark Tooley, president of the Institute on Religion and Democracy, also criticized the article, saying, “The Christian pro-life teaching is organic to the whole of Scripture and was refined across millennia.”

“It originates in the assumption that all are created by God and sacred to Him, and that we do not belong to ourselves but to Him,” Tooley continued. “Christianity is especially concerned about protecting the most vulnerable and speaking in defense of those fellow creatures who cannot speak for themselves, whether at the beginning or at the end of life. The pro-life view is the fruit of the entire Gospel.”

Pro-life advocate Alveda King pointed to 23 different Scripture passages, including an appeal to the self-evident nature of abortion by citing Genesis 9:6—”Whoever sheds the blood of man, by man shall his blood be shed”—and Exodus 20:16’s prohibition of murder.

R. Albert Mohler Jr., president of Southern Baptist Theological Seminary, noted the early church’s opposition to abortion [further] shows that a high view of both Scripture and of unborn human life are not novel ideas.

“The Christian faith affirms that the unborn child demands our defense and that abortion is a grave sin.

“The Washington Post article alleging a mistranslation of Exodus 21 is a desperate attempt to divert attention from the moral horror of abortion,” Mohler concluded.

The op-ed appeared as court battles over a Texas heartbeat law are ongoing and arguments before the Supreme Court over Mississippi’s law restricting abortions at 15 weeks are scheduled for Dec. 1. The Dobbs v. Jackson Women’s Health case could threaten the landmark 1973 Roe v. Wade decision that forced legal abortion on the states.

Are Christians Against Abortion Because of an ‘Ancient Mistranslation’?