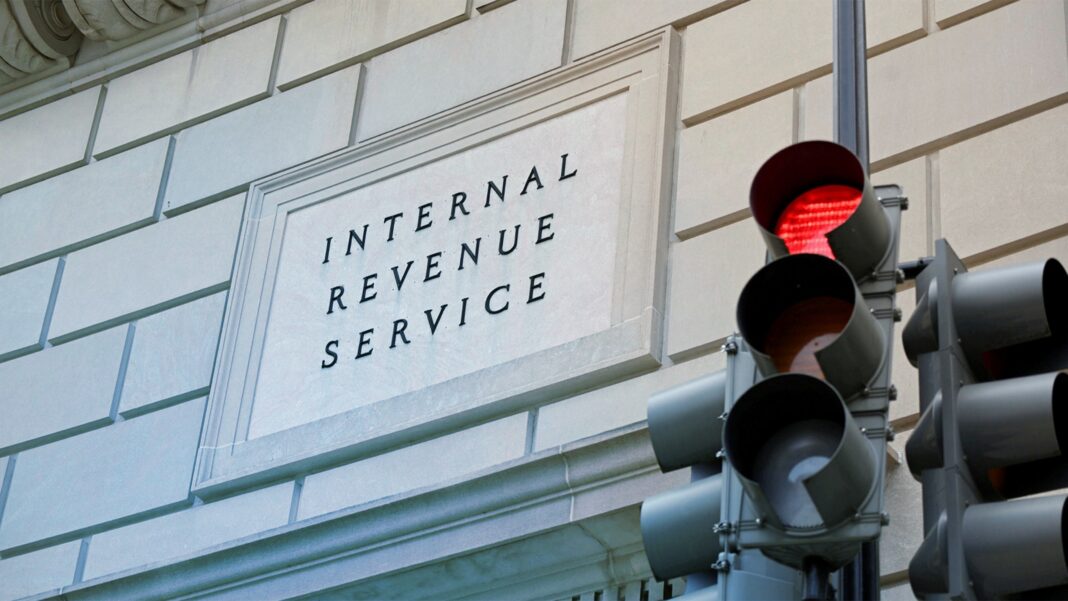 A top Internal Revenue Service official told a Christian group that “Bible teachings are typically affiliated” with the Republican Party as a rationale for denying its application for tax-exempt status.

The Texas-based Christians Engaged filed an appeal on Wednesday to the IRS’ denial, objecting to the tax agency’s assertion that it is partisan.

In a May 18 denial letter, IRS Exempt Organizations Director Stephen A. Martin said Christians Engaged is involved in “prohibited political campaign intervention” and “operate[s] for a substantial non-exempt private purpose and for the private interests of the [Republican Party].”

A “legend” at the top of the letter shows nine letters of the alphabet being used as shorthand to represent something. In this letter’s example, oddly, “D” represented “Republican.”

“Specifically, you educate Christians on what the Bible says in areas where they can be instrumental, including the areas of sanctity of life, the definition of marriage, biblical justice, freedom of speech, defense, and borders and immigration, U.S. and Israel relations,” Martin wrote. “The Bible teachings are typically affiliated with the D party and candidates. This disqualifies you from exemption under lRS Section 50I(c)(3).”

“We just want to encourage more people to vote and participate in the political process,” Christians Engaged President Bunni Pounds said in a statement. “How can anyone be against that?”

The IRS’ characterization of the Bible might be inconsistent with that of Democratic President Joe Biden, said Lea Patterson, counsel for First Liberty Institute.

“The IRS states in an official letter that Biblical values are exclusively Republican. That might be news to President Biden, who is often described as basing his political ideology on his religious beliefs,” Patterson said in a statement.

Patterson appeared to make a vague reference to the tax-exempt unit that was at the center of the IRS targeting scandal during the Obama administration. The ruling also comes amid Biden’s push for an $80 billion expansion of the IRS over 10 years, and the latter could be complicated if the tax agency appears to be more politicized.

“Only a politicized IRS could see Americans who pray for their nation, vote in every election, and work to engage others in the political process as a threat,” Patterson said. “The IRS violated its own regulations in denying tax-exempt status because Christians Engaged teaches biblical values.”

In its administrative appeal, Patterson contends the IRS made three legal errors:

By finding that Christians Engaged does not meet the operational test, Director Martin errs in three ways: 1) he invents a nonexistent requirement that exempt organizations be neutral on public policy issues; 2) he incorrectly concludes that Christians Engaged primarily serves private, nonexempt purposes, rather than public, exempt purposes because he thinks its beliefs overlap with the Republican Party’s policy positions; and 3) he violates the First Amendment’s Free Speech, and Free Exercise, and Establishment clauses by engaging in both viewpoint discrimination and religious discrimination.

What happens when politics is no longer politics but instead becomes a spiritual battle, good vs. evil, Biblical vs. godless? The results of our elections have the power to move our countries further from the true and living God and promote an agenda of progressing rebellion against Him. As followers of Jesus Christ, it is critically important that we vote and vote Biblically. Keeping in mind what Scripture says on key points such as:

Though all of these points are Biblical issues, in our present-day, they have unfortunately become politically dividing as well. It does not negate the responsibility for Christians, ministries, and pastors to provide others with a Biblical understanding of these issues.

Back in 2014, Politico wrote an article condemning the IRS for not denying more US Christian ministries their 501(c)3 tax-exempt status. They claimed that ministries such as that of Pastor Jack Hibbs of Calvary Chapel Chino Hills, have become too political to qualify.

In response, Pastor Hibbs told Politico, “I know my days are numbered. As long as I’m Biblical, I’m cool with that.”

We are living in perilous times in which the body of Christ worldwide is going to be relentlessly persecuted, including by governments (2 Timothy 3:1, 8-13) that despise the truth and Biblical morality.

Should the response from the body of Christ not collectively be the same as that of Pastor Jack, placing Biblical truth ahead of all else?

In a recent interview with Tony Perkins of the Family Research Council, Franklin Graham explained that “we’re all going to get attacked no matter what we do if we stand for God’s Word. If we stand for truth, we will be attacked. We’ve got to have thick skin.”

“You talk about pray, vote, and stand, and this is the time for the church to stand… It’s time for the pastors to preach it from the pulpits,” Graham said. “The worst thing that could happen is for the Lord Jesus Christ to come back and find us sitting on our hands and keeping our mouths shut. When He comes back, I hope he finds us fighting and standing for truth.”