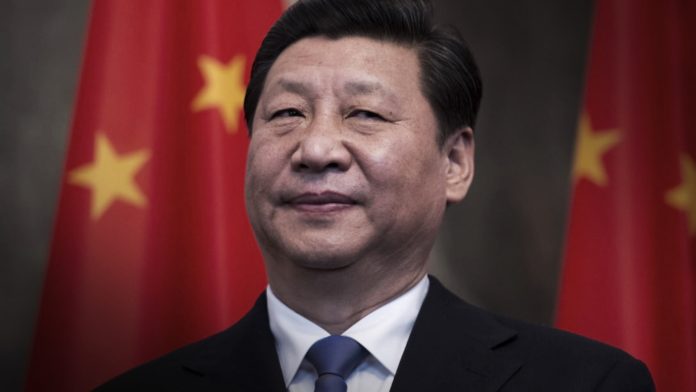 The Chinese Communist Party (CCP) has released the first set of updated “morality guidelines” in almost 20 years. The stated goal of the document is instructing citizens in how to maximize “comprehensive social progress and the overall development of people.”

The formal title of the CCP handbook is “Outline for the Implementation of the Moral Construction of Citizens in the New Era.”

Fox News on Thursday noted some of the revised morality guidelines are part of dictator Xi Jinping’s efforts to maintain his personality cult, cement his “Xi Jinping Thought” as fundamental Communist doctrine, and cultivate Chinese nationalism under his rule. The updated document is remarkably aggressive about purging all references to previous Chinese leaders, even Mao Zedong, and celebrating Xi’s moral leadership:

“Guided by Xi Jinping’s new era of socialism with Chinese characteristics, we should focus on carrying out great struggles, building great projects, advancing great undertakings, realizing great dreams and building Chinese spirit, Chinese values, and Chinese power to promote the ideals and beliefs of all people,” the outline said.

Some of its “key tasks” are to “build the foundation of ideals and beliefs,” “cultivate and practice the core values of socialism,” “inherit the traditional virtues of China” and “carry forward the national spirit and the spirit of the times,” according to the guidelines.

Other parts are propaganda designed to flatter the CCP, such as passages where the world’s worst polluter and thief of intellectual property congratulates itself for “actively practicing the green production lifestyle” and doing a great job of building a safe and secure Internet:

“The Communist Party of China leads the people in the process of revolution, construction and reform; upholds the ideal of Marxism for a better society, inherits and carries forward the traditional virtues of China, and creates and forms a socialist moral system that leads the development and progress of Chinese society,” the outline said.

“Socialism with Chinese characteristics has entered a new era, strengthening the moral construction of citizens and improving the moral level of the whole society,” the guidelines added. “It is a strategic task of building a well-off society in an all-round way, and building a socialist modernization and strengthening country in an all-round way.”

CNN quoted Chinese University of Hong Kong adjunct professor Willy Lam suggesting the impetus for releasing the first set of “morality guidelines” since 2001 was not so much technological and social change but pressure from China’s trade war with the United States.

“As the economy is not doing so well, the party is asking people to follow its values and encourage obedience even in bad times,” said Lam.

Other analysts pointed to the document’s encouragement for “healthy discourse on the Internet,” noting it could be a harbinger of fresh crackdowns on free speech. The morality guidelines do not include legal commands or stipulate penalties for failing to obey them, but they are regarded as highly influential on life in Communist China and could lay out blueprints for laws that would enforce the new morality instead of merely suggesting it.

Canada’s Globe and Mail noted the impact of the morality guidelines is “likely to be most keenly felt in schools already delivering ideological instruction.” Some observers drew parallels to the “Soviet New Man” concept, suggesting the Chinese morality document could be employed by schools to create a “new form of humanity” more compatible with Communist doctrine. The euphemism employed for this concept in the morality guidelines is “Person of the New Era.”

The morality guidelines are nativist and even xenophobic in parts, with copious admonitions to avoid ideological contamination by foreign thought and strive for a “resurgent nation that can be “free of Western influence,” as Beijing-based researcher Jiang Xueqin put it.

“This is also very much connected to what is happening in Hong Kong. They see too much Western free thought in Hong Kong schools as the root cause, and so correct political indoctrination is becoming the top education priority,” Jiang added.