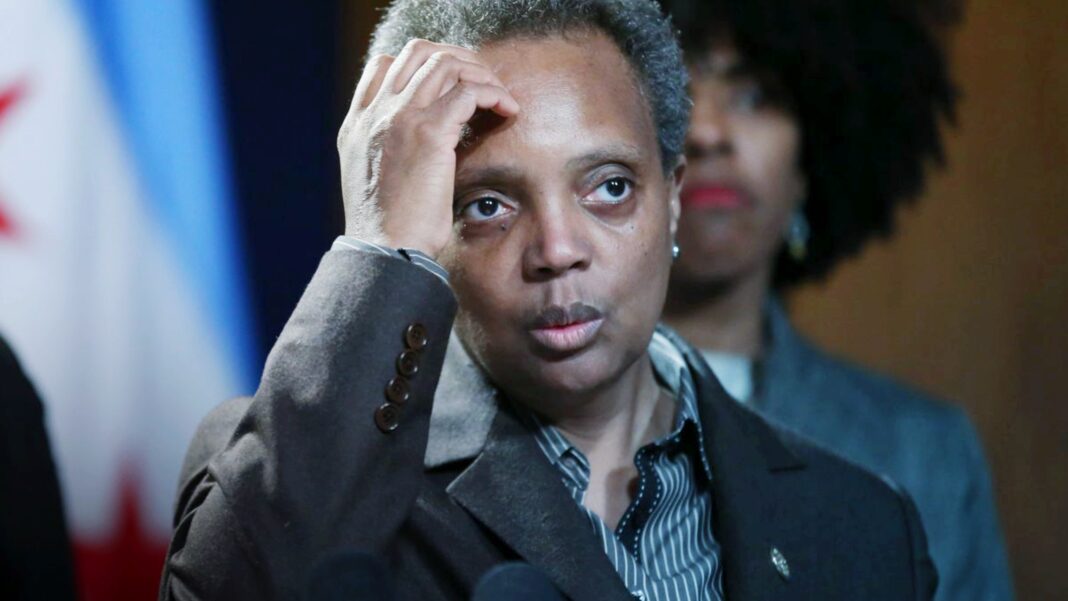 The Chicago Police Department (CPD) has banned protesters from demonstrating on the block where Mayor Lori Lightfoot (D) lives, ordering officers to arrest anyone who won’t leave, the Chicago Tribune reports.

“The directive surfaced in a July email from then-Shakespeare District Commander Melvin Roman to officers under his command. It did not distinguish between the peaceful protesters Lightfoot regularly says she supports and those who might intend to be destructive, but ordered that after a warning is given to demonstrators, ‘It should be locked down,’” the paper wrote.

Chicago police have been blocking access to the area using barricades and police in riot gear. Cops have also been containing protests in nearby areas while cutting off their access to Lightfoot’s block.

“I came up with the name ‘Fort Lori’ because it’s so hard to get in and out,” Ron Kaminecki, a 69-year old patent attorney who lives a few houses from Lightfoot, told the paper.

In response to questions from the Tribune, police said state law and the city’s code prohibit protests in residential areas.

Lightfoot told reporters on Thursday that she and her family have been receiving threats daily.

The mayor would not divulge the threats.

The ACLU of Illinois told the paper that a single residence can be protected, but it’s not clear how far that ban can extend.

“The Supreme Court has found that the government can prohibit protests at a single home in a residential area, but that does not necessarily extend to the entire block,” ACLU spokesman Ed Yohnka said in a statement. “The right to free speech and peaceable assembly includes the right to choose one’s audience, and government actions that limit that right for the sake of residential privacy must be narrowly tailored to protect that interest.”

Lightfoot is not the only politician who has banned protest near their own residence.

Pittburgh Mayor Bill Peduto has allowed protests to occur, but not in his own front yard.

“What I cannot defend is any neighborhood in our city — and their residents and families — being disturbed through the night and morning, and a peaceful protest devolving into unacceptable conduct in which residents are being harassed and threatened. This crosses a line that cannot be allowed to continue, causing those committing crimes against residents to face possible legal consequences for their actions,” Peduto said, according to CBS-Pittsburgh.