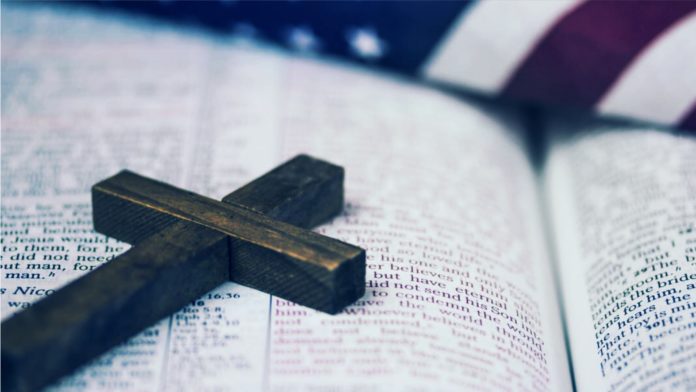 You didn’t believe me, did you? Just a few weeks back I reported on the destruction of statues and federal monuments and the so-called ‘cancel culture’ which is a result of the anti-American programming this generation has been fed in public schools and anti-Christian universities.

And a few days ago, at least five churches were attacked by vandals or arsonists in several different American cities. A 24-year old in Florida even set fire to a Catholic church while people were inside. In Boston, another vandal set fire to a statue of the Virgin Mary.

Did you hear about this in the media? I didn’t think so.

Remember we told you about Shaun King, a leader in the Black Lives Matter movement who told the radicals that statues of Jesus Christ are a gross form of white supremacy and must be taken down? He didn’t stop there; he also declared the Virgin Mary and white followers of Jesus must also be destroyed.

Apparently, these marching orders were taken seriously when King told his disciples not to stop with America’s founders, presidents, and abolitionists. He said “stained glass windows of white Jesus” and his mother and their white friends are tools of oppression; racist propaganda, and “they should all come down.”

Now, the destruction to churches comes after weeks of violent, I mean, “peaceful” riots that followed up Black Lives Matter protests in several cities across the country. Do you really think this is all about racism or is it the heart of mankind? It’s clearly a sin problem rather than a skin problem.

By the way, this might be a good time to get security cameras at your church if it doesn’t have any.

A church fire in San Diego at Calvary Baptist is being investigated by the police department’s Metro Arson Strike Team. What’s ironic is Calvary is a historically Black church. In Fort Worth, Texas, Bible Way Church of God was broken into and robbed last weekend and the suspect destroyed all the mirrors in the church. One vandal in New York painted the word “Idol” in graffiti on Our Lady’s statue at Cathedral Prep School in Queens.

In Los Angeles County, San Gabriel Mission Church was set on fire July 11, destroying parts of the 250-year-old iconic structure which was founded by Saint Junípero Serra in 1771. Though he was a staunch defender of the rights of Indians, statues of Serra have been recently destroyed in many towns throughout California.

Just up north in Freemont, CA, vandals were charged with a hate crime after they attacked Mission San Jose church, painted Swastikas, and left anti-Catholic comments on gravestones at the campus of Providence College.

But the media silence on the Ocala, Florida attack on parishioners is most disturbing. Faithwire reported that Steven Anthony Shield was arrested and charged with attempted murder, arson, burglary, and evading arrest.

It began Saturday at the Queen of Peace Catholic Church in Marion County, Florida, where a 24-year-old assailant drove his vehicle into the place of worship during a morning Mass and poured gasoline in the foyer and set the building on fire before he drove off.

None of these are considered hate crimes? But most Americans never heard a peep about this rash of violence because none of the major news networks have mentioned it. Ready for some numbers?

According to the Media Research Center, out of 270 minutes on NBC, ABC, and CBS nightly news coverage for last Friday through Sunday, July 10 – 12, not one second was spent on these violent anti-Christian attacks. That includes the complicit silence from the God haters at CNN and MSNBC.

What might be one reason for silence? Think about it. How can the media in good conscience encourage left-wing activists, I mean, protesters to express themselves by vandalizing property and destroying symbols of American and western history, and then report on some of the hate spilling over to churches?

Liberal elites either support the assaults on the Christian faith, they’re too spineless to speak up, or they simply cannot admit they were wrong for stoking the flames of recent protests.

This rise in hate crimes against followers of Jesus will most likely continue because of the false narrative being regurgitated today that we are an evil nation due to the Bible and Constitution were founded upon.

Jesus warned His followers that people would be divided over the truth of the Gospel; that the pathway is narrow that leads to eternal life, but the path to destruction is wide. When we are persecuted for His name, it’s a badge of honor. Jesus also said:

The Bible says believers in Christ are citizens of heaven so we have dual citizenship! But those without God are without any lasting hope, and though they often act out in anger, their real beef is with Jesus.

As long as the media and political leaders choose not to address these stories, attacks on believers and lawlessness will increase just like the Bible predicted. Without a change of heart that only God can give, disrespect will increase toward all human life and the true heritage of Western civilization.