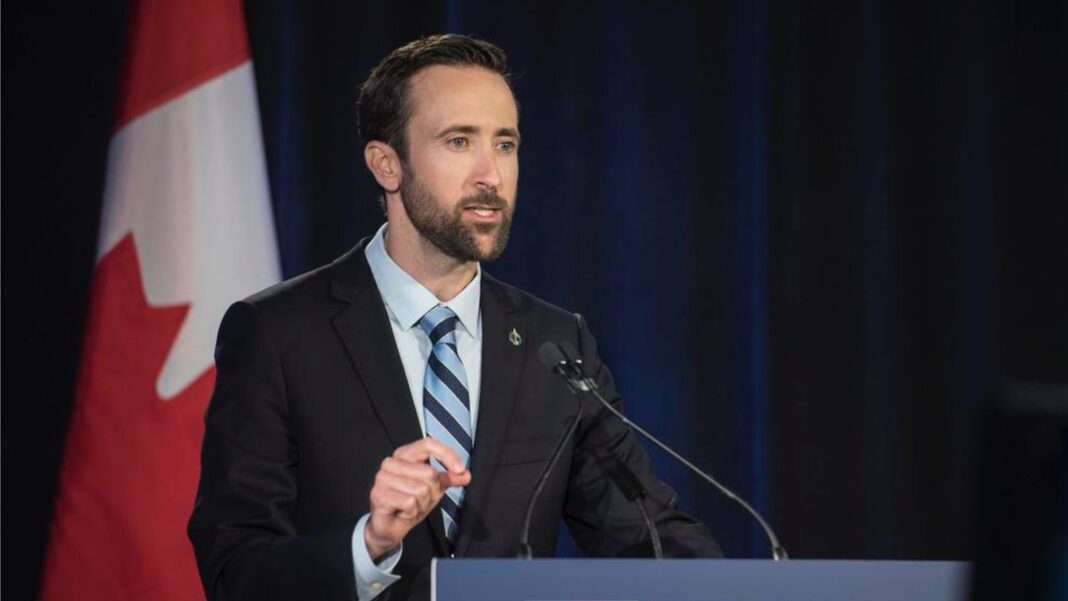 Canadian politician Derek Sloan and three medical professionals — who say they represent hundreds of their colleagues — said last week in a press conference on Parliament Hill the Canadian government is suppressing information about the harmful effects of lockdowns, vaccine risks in children and the efficacy of certain COVID treatments.

The College of Physicians and Surgeons of Ontario (CPSO) issued a “dire statement” late April threatening doctors who spoke out about what they witnessed in their local hospitals and communities while working on the frontlines of COVID, said Sloan.

“The purpose of CPSO is to protect the public,” said Sloan, “not stifle legitimate scientific inquiry or dissent by professional doctors.”

The government’s attempt to intimidate doctors had the opposite effect, said Sloan. Instead, his office was flooded with calls from doctors, nurses and other scientific medical experts who said they’ve been threatened and blocked from sharing their stories.

Byram Bridle, associate professor of viral immunology at the University of Guelph, Ontario, is one of many medical professionals who said they’ve faced extreme censorship for asking legitimate scientific questions about COVID.

Bridle was asked on a radio program if he believed COVID vaccines were linked to heart inflammation in young males. He gave his honest opinion, saying  he did believe there is a link. He pointed to evidence to support it.

Within 24 hours, Bridle said he was attacked on all fronts. A “libelous website” and a fake Twitter account were created to slander him, said Bridle. He was harassed daily via phone, email and social media, and one of his colleagues even went as far as to release confidential medical information about his parents, Bridle said.

It was an “egregious act,” said Bridle. “A practicing physician should know they shouldn’t be releasing confidential medical information.”

In search of a place where he could speak freely, Bridle joined the Canadian COVID Care Alliance, a group of independent Canadian doctors, scientists and healthcare practitioners committed to providing balanced evidence-based information to the Canadian public about COVID.

Bridle warned that suppressing open discussions of science and medicine in Canada violates the “hallmark of a Democratic society.”

Both expressed concerns about their inability to speak the truth about the negative effects of lockdowns and the benefits of using treatments such as vitamin D for COVID.

Phillips said “massive lockdowns” have caused a lot of harm and, until now, he’s never seen so many suicidal children in his practice.

“Science has not been functioning properly for the last 15 months,” Welsh said. The government’s lockdowns, masks, infectious disease tracing and social distancing have “created a remarkable list of hardships for Canadians that will take this country many years to recover from.”

Since the beginning of the Covid-19 “pandemic,” those seeking to advance this agenda have claimed to follow the science. Those claims have been continuously dismantled, as doctors, experts, and journalists are routinely silenced.

These are not isolated incidences of censorship. Doctors who have spoken out against the chosen narrative surrounding the coronavirus are having their voices snuffed out at an unprecedented rate.

This vast control of information the public is allowed to receive is also not isolated to big tech companies such as Google, Twitter, Facebook, and others. This censorship is also being perpetrated by health officials and hospitals threatening their doctors who publicly seek to voice their concerns.

Harbingers Daily has published many stories of such doctors, below are just a few of these accounts:

Would you be surprised to know that the Bible speaks about such censorship?

In 2 Timothy 3:1, we are told that in the last days, perilous times would come. During this time, the apostle Paul explains that people of “corrupt minds” would “despise” and “resist the truth” (2 Timothy 3:8-9).

The Bible also outlines future events, during the Tribulation period (from which the church is absent), where the “antichrist” will establish a global government, demand participation, and halt the non-compliant from being able to have the same freedoms of buying, selling, etc. as the rest of the population (Revelation 13).

The Bible even speaks about the anti-christ encouraging people to turn in their family members for resisting his new system. This may shock the ears of many who have heard calls for people to report neighbors and family members for violating COVID measures (Luke 21:16).

What we see today is the stage being set for this system of the “antichrist.” People are becoming used to the idea that “freedoms with conditions” are acceptable.