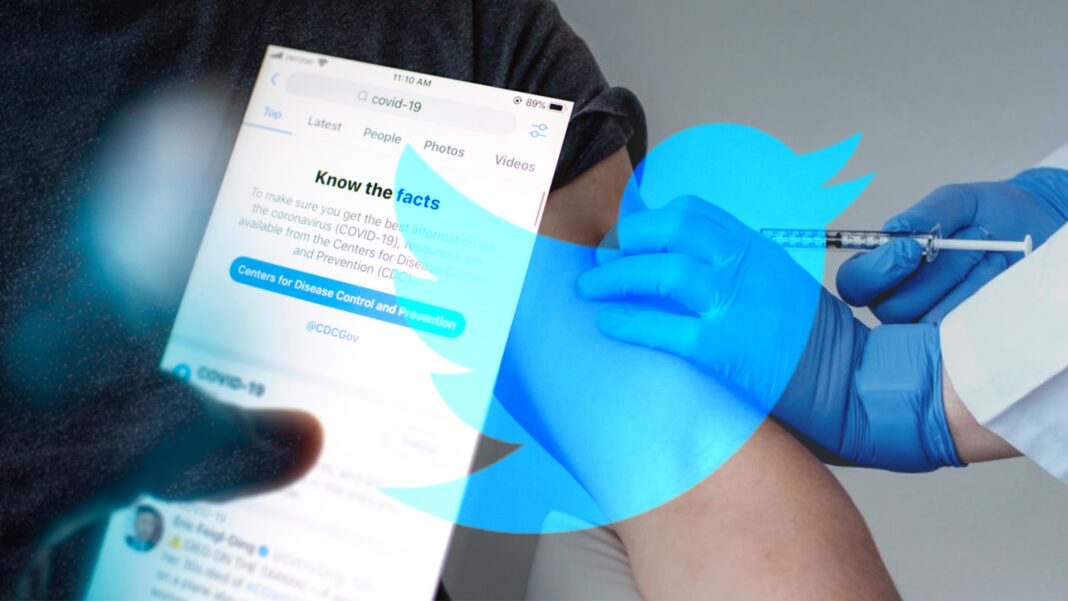 Twitter censored Harvard professor of medicine Martin Kulldorff, a member of the COVID-19 vaccine safety subgroup that advises the CDC, FIH, and FDA, because he challenged the notion that children and young people require COVID-19 vaccination.

The platform applied a warning label to Kulldorff’s tweet about the matter, and prevented users from liking or retweeting it.

“Thinking that everyone must be vaccinated is as scientifically flawed as thinking that nobody should,” said Kuldorff in his now-censored tweet. “COVID vaccines are important for older high-risk people, and their care-takers. Those with prior natural infection do not need it. Nor children.”

Kulldorff is one of the most cited experts on infectious diseases alive today, with over 25,000 academic citations. In addition to his role as a Harvard professor, he is a biostatistician and epidemiologist at Brigham and Women’s Hospital.

He co-created the Great Barrington Declaration, a call for an approach to containing COVID-19 focused on the most at-risk groups rather than the entire population. It has been signed by thousands of medical experts and practicing medical doctors around the world.

Kulldorff continues to argue that the response to COVID should focus on older, vulnerable populations while easing restrictions on young, healthy people.

According to Twitter, Kulldorff violated the platform’s rules on “COVID-19 misinformation.”

In a follow-up tweet commenting on Twitter’s decision, Kulldorff slammed the platform for making decisions on medical debates that are beyond Twitter’s expertise.

“I challenge Twitter to name vaccine experts believing that everyone, including children and those with prior immunity from natural infection, MUST be Covid vaccinated.”

Chad Thomas in a recent article, “Vaccine Passports & The Mark – Freedoms With Conditions,” published exclusively to Harbingers Daily, wrote that those in opposition to “mainstream vaccine propaganda” are being silenced:

Reuters published comments from the new UK Health Minister who stated that no vaccine, means no normal life:

People who refuse a vaccine for COVID-19 could find normal life curtailed as restaurants, bars, cinemas, and sports venues could block entry to those who don’t have proof they are inoculated, Britain’s new vaccine minister said…

The British minister responsible for the vaccine rollout, Nadhim Zahawi, said getting vaccinated should be voluntary but that Google, Facebook, and Twitter should do more to fact-check opposing views of vaccines.

Like totalitarian systems of times past, while a portion of the population is deceived and manipulated, others who speak out against it are silenced.

Just last Febuary, a video I posted to my channel, “Vaccine Passports & The Mark – Freedoms With Conditions”, was removed by YouTube, accompanied by a week-long ban from uploading new content. The reason? “Violating YouTube’s Terms of Service”… Those words have become all too familiar for doctors, conservative news outlets, Christians, and all those who move against the grain of mainstream vaccine propaganda.

Still, even while snuffing out opposing voices, the question remains, how would the Globalists and Elite pull off depriving freedoms of those who resist vaccination? Most likely, it won’t come from Government Mandates but instead from the companies themselves. Take a look at this recent quote from Mike Cernovich:

“Government won’t force you to take vaccine. Amazon will. Airlines will. Banks will. You won’t be able to buy, sell, or trade without the vaccine.’”

Sounds familiar, doesn’t it? To those who have read Revelation 13:16-18 it should!

Freedom of Speech is now a thing of the past, as big tech social media platforms expand the list of what you can and cannot say. Questioning election fraud? Nope. Publishing evidence of corruption, specifically surrounding COVID and Vaccines? Absolutely not. Sharing Biblical truth and morality? That’s hate speech!

The Bible describes what the world will be like in the last days. Specifically, in 2 Timothy 3, we are told about the evil characteristics that will be prevalent in the hearts of man in these days. Among this list, Scripture explains that “men of corrupt minds” would “resist the truth” and have a particular hatred for Christians and the Word of God.