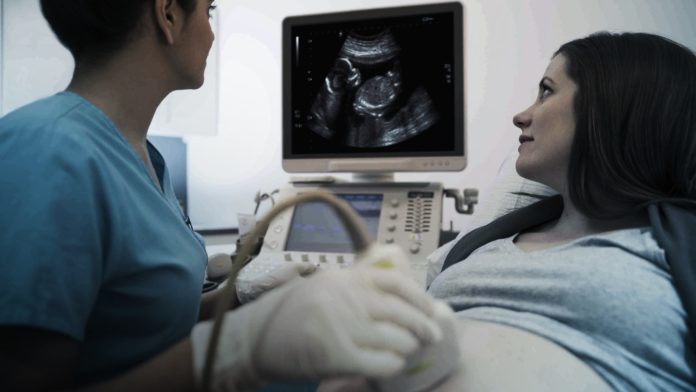 On Monday, the U.S. Supreme Court rejected a challenge to a 2017 pro-life law in the Kentucky requiring doctors to perform ultrasounds and play the sound of the baby’s heartbeat to women seeking abortion.

“The Supreme Court has allowed Kentucky’s ultrasound requirement law to go into effect!” posted Live Action founder and prominent pro-life advocate Lila Rose. “When women have the chance to see the humanity of their child & hear their heartbeat, many reject the violence of abortion.”

“This is a great win for Kentucky & our nation,” she added.

“Kentucky argued the law is ‘simple and straightforward,’ calling it part of an ‘informed-consent process.’ The law, Kentucky said, ‘does nothing more than require that women who are considering an abortion be provided with information that is truthful, non-misleading and relevant to their decision of whether to have an abortion,’” CNN reported.

CNN noted that the court “rejected the case without comment or noted dissent by any of the justices.”

Pro-life advocates praised the Supreme Court for their decision to uphold the Kentucky law.

“March for Life applauds the U.S. Supreme Court decision today upholding a Kentucky ultrasound law,” March for Life President Jeanne Mancini said in a statement sent to The Daily Wire. “Women facing an unexpected pregnancy deserve to have as much medically and technically accurate information as possible when they are making what could be the most important decision of their life.”

“Americans United for Life hails the final legal victory today of Kentucky’s common-sense informed consent provision simply ensuring that abortion facilities offer women who are thinking about abortion visual, ultrasound confirmation of the humanity of the life in their womb,” Glenn Foster said in a statement sent to The Daily Wire.

“Consistent with the Supreme Court’s direction that mothers considering abortion may be given accurate, nonmisleading information about abortion and the nature of human life, today’s decision confirms that women deserve the truth, and cannot give real informed consent to an abortion unless facilities are transparent and honest about what abortion really is,” the AUL president added. “That’s a right that was denied to me when I was 19 years old and making a difficult, life-changing decision, and I am so relieved that going forward, the women of Kentucky will have the opportunity I never did.”

“The fact that there were no recorded dissents from any of the justices is notable,” added Daily Wire Editor-at-Large Josh Hammer, a former federal law clerk on the U.S. Court of Appeals for the Fifth Circuit. “That ought to help demonstrate the common-sense, straightforward nature of Kentucky’s law.”

Pro-abortion advocates had claimed Kentucky’s pro-life law violates the First Amendment by mandating abortion-seeking women see their child and hear their heartbeat before going through with the life-ending procedure.

The U.S. Court of Appeals for the Sixth Circuit ruled that this was nonsense.

“As a First Amendment matter, there is nothing suspect with a State’s requiring a doctor, before performing an abortion, to make truthful, non-misleading factual disclosures, relevant to informed consent, even if those disclosures relate to unborn life and have the effect of persuading the patient not to have an abortion,” the three-judge Sixth Circuit panel said in its ruling, CNN noted.