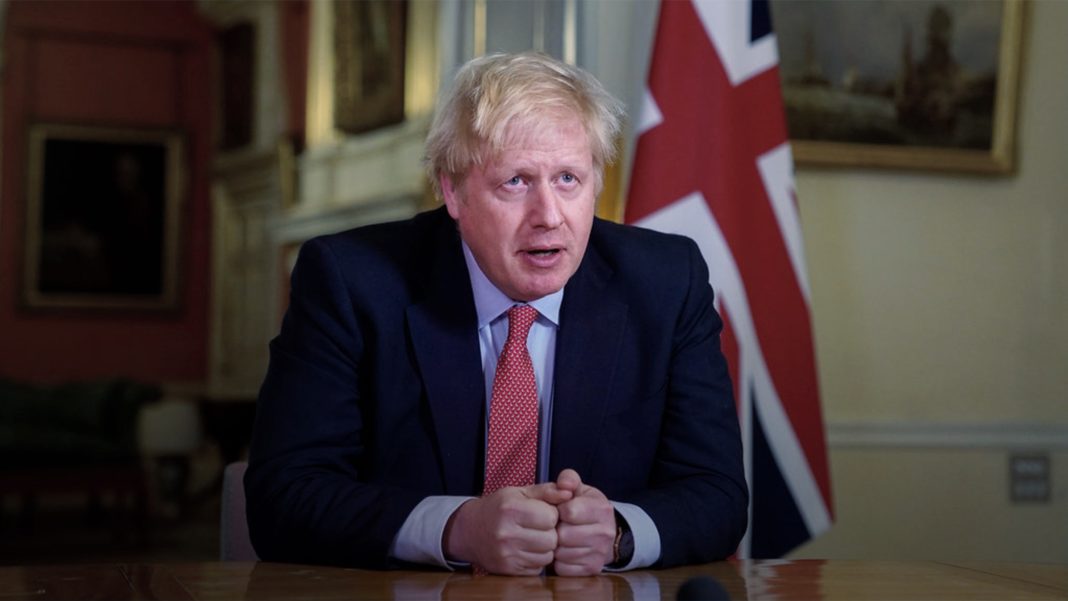 British Prime Minister Boris Johnson announced that England would undergo a second nationwide lockdown through the start of December, ahead of the winter holidays.

“Now is the time to take action because there is no alternative,” Johnson said as the United Kingdom surpassed 1 million cases this weekend. “Unless we act, we could see deaths in this country running several thousand a day. … Christmas is going to be different this year, perhaps very different, but it’s my sincere hope and belief that by taking tough action now, we can allow families across the country to be together.”

The new four-week lockdown follows a stricter three-week lockdown implemented earlier this year, which closed down bars and restaurants, restricting such establishments to take-out only. Households, meanwhile, are confined to interacting with one other household. The few exceptions for leaving home include shopping for essential items, exercising, or escaping harm.

“I’m afraid non-essential shops, leisure and entertainment venues, will be closed,” said Johnson, who was hospitalized for a serious case of COVID-19 infection in April.

The chart below from the BBC outlines the new November restrictions starting next week:

Johnson’s announcement of a new English lockdown follows leaders in Germany and France reimposing nationwide restrictions as Europe struggles to confront a coming winter wave in the absence of a safe and effective vaccine before the end of the year.

According to the latest data from Johns Hopkins University, nearly 46 million people worldwide have been infected by the novel Wuhan coronavirus. That number is likely higher, however, given dubious reporting from its nation of origin and the number of infections that go untested.

In his article, “Invasion!” Hal Lindsey explains the psychological turmoil, especially on the younger generation, as a result of strict lockdown measures; he also explains our Christian responsibility in the midst of this coronavirus:

Life expectancy in the United States has mostly risen over the decades. But even before the pandemic, that was starting to change. The Centers for Disease Control say there are three reasons people on average stopped living as long — a rise in drug overdoses, an epidemic of suicides, and increased liver disease. The increase in liver disease has been caused by a dangerous increase in alcohol consumption. In other words, all three are symptoms of mental health issues. People have been self-medicating, and it’s killing them.

That was already happening before the plague. During the pandemic, people have been forced to stay home for months. For much of that time, they kept hearing that the worst would soon be over. But fifteen days turns into four weeks, and those weeks turned into months. Some health officials are now warning that this thing could be with us for years. Proverbs 13:12 says, “Hope deferred makes the heart sick.” In scripture, the heart is spoken of metaphorically as the seat of emotions. Hopes for a fast recovery, for a return to normalcy, and for being able to enjoy the things that you used to take for granted have been deferred repeatedly. It makes people emotionally sick.

Even before Covid, children were committing suicide in record numbers. The disease and our methods for fighting the disease have, for the most part, made things worse. Young people have been cut off from their friends, from beloved family members, and from normal activities…

Effects from the invasion of planet earth have rippled across every part of society. Almost nothing has stayed the same. And in some areas, such as its psychological impact on the young, the effects have no known expiration date.

For followers of Jesus, the plague has been a confirmation of His word. Bible prophecy tells us about pestilences coming on the world as the time of the Lord’s return comes near. It also talks about severe economic downturns and describes increasing levels of mental illness and suicide.

In such times, real Christians should walk in faith and confidence, but not arrogance. We should be on our knees before God, praying like never before. We should live every moment in expectation of the rapture. But we shouldn’t just passively wait for that event. We should be using every means possible to spread the Gospel to everyone we can. Our witness should be honest and bold, but also kind and loving. No matter how frustrated we become with the behavior of those around us, we should use these days to bless them.

With the finish line so close, let us rise to new levels in God. These opportunities will not come again.

We also recommend Leo Hohmann’s article, “3 Biggest Lies About COVID-19 Have All Been Exposed: But Here’s Why Globalist Powerbrokers Can’t Let It Die,” which looks at the globalist agenda intertwined in the response to coronavirus and what it has to do with Bible Prophecy.