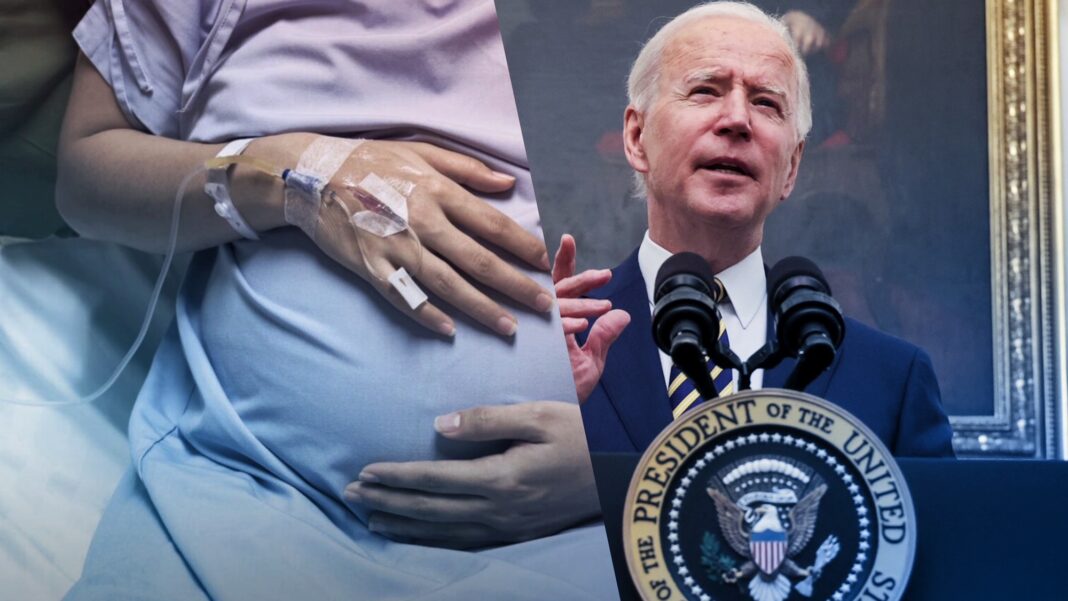 “President Biden is expected to use his executive authority to rescind the Mexico City Policy, also known as the global gag rule, as part of a slew of executive actions on Thursday, according to three people familiar with the White House’s plans,” CBS News reported. “The Mexico City policy prohibits federal dollars from going to non-governmental organizations (NGO) that provide abortions, advocate to legalize and expand abortion access, or who provide abortion counseling.”

Under the Trump administration, the policy was expanded to cut off not just overseas abortion rights advocates like the International Planned Parenthood Federation, but to also prohibit funding for non-governmental organizations that “that provide abortions or abortion counseling” as part of their international “aid” missions.

“Although there are no current figures — the Mexico City policy has been in effect since 2017 — the conservative Heritage Foundation reports that from 2013 to 2015, International Planned Parenthood Federation and a partner organization, Marie Stopes International, which also provides abortions abroad, received around $120 million “for global health assistance through the U.S. Agency for International Development (USAID),” the Daily Wire noted last week.

Dr. Anthony Fauci announced Biden’s plan to roll back the Mexico City policy in a teleconference with the World Health Organization, connecting the president’s plan to global “women’s health” efforts.

“President Biden will be revoking the ‘Mexico City policy’ in the coming days as part of his broader commitment to protect women’s health and advance gender equality at home and around the world,” Fauci said.

In addition to repealing the Mexico City policy, Biden will reverse a Trump-era ban on abortion providers receiving grant funds under Title X. As the Daily Wire noted previously, President Donald Trump updated Title X to cut off any organization providing abortion services alongside family planning, effectively eliminating Planned Parenthood from the program unless it stopped doing abortions. The organization chose, instead, to walk away from the program.

At one point, Planned Parenthood received millions in funding from Title X.

Biden is also expected to withdraw the United States from the Geneva Consensus, an international declaration signed by countries opposed to legalized abortion.

The avowed Catholic Biden’s support for pro-abortion policies runs counter to the view of the Catholic Church, which opposes the practice, but the Biden administration is already using his faith as a way of deflecting criticism. Earlier this week, when asked about the president’s plan to restore funding to abortion programs abroad, White House press secretary Jen Psaki referred to Biden’s Catholic faith specifically.

“I will just take the opportunity to remind all of you that he is a devout Catholic and somebody who attends church regularly. He started his day attending church with his family this morning,” she said.

Until running for president in 2020, Biden was a lukewarm abortion rights supporter. At one point, he was even considered to be a “pro-life Democrat,” and repeatedly alluded to being personally opposed to the practice. He has recently, though, committed to an expansive abortion rights platform, pledging, just recently to enshrine abortion as the “law of the land” — “to codifying Roe v. Wade and appointing judges that respect foundational precedents like Roe.”