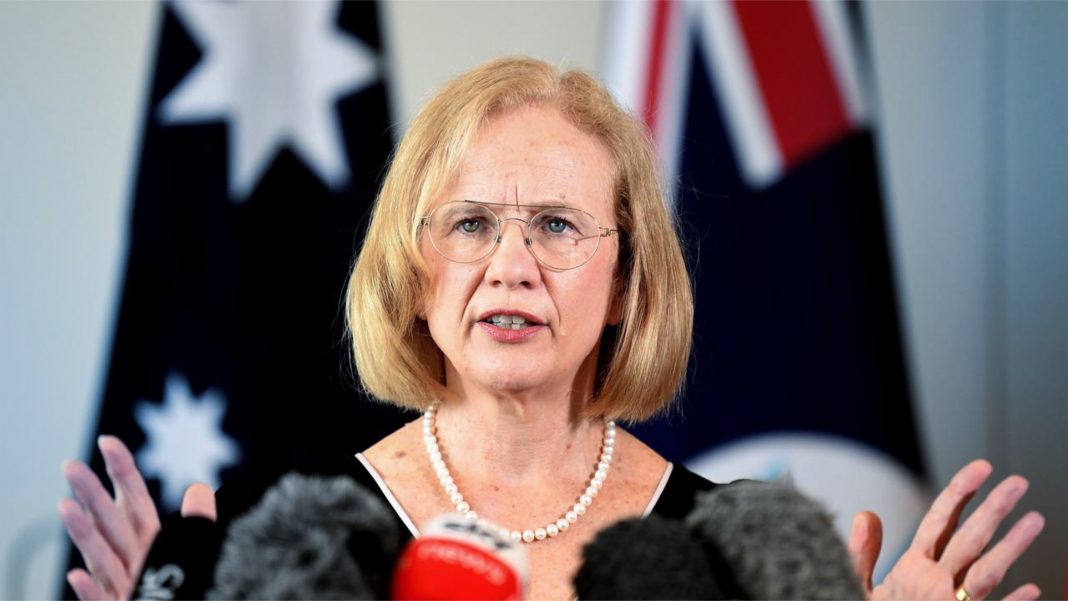 National Rugby League (NRL) players and their families have been banned from their balconies and ordered to tape them shut to stop Covid in parts of Queensland, Australia.

Australian health officials imposed the draconian measures on NRL families in quarantine hubs in Brisbane, Gold Coast, and Sunshine Coast after photographers took pictures of residents passing items such as ice lollies and marshmallows to each other from their balconies.

“You would have seen that imagery of the family hotel where they were sharing goods between verandahs… This is too risky,” railed the Chief Health Officer for Queensland, Dr Jeannette Young, in comments quoted by Daily Mail Australia — which boasts of having “alerted Queensland Health” about the “breaches” in the first place.

New reports show the lengths to which the authorities are willing to go to enforce what critics have described as a ban on “fresh air”, with Emma Lawrence of 9News Sydney saying that residents have been instructed to tape their balcony doors shut and provide photographic evidence of having done so.

“While the Chief Health Officer supports the NRL’s temporary move to Queensland, she has made it clear her priority is protecting the health of Queenslanders,” a Queensland Health spokesman said of the measures in comments to news.com.au.

“She is currently in discussions with the NRL on ways to prevent hotel quarantine breaches, including reducing access to balconies,” the spokesman confirmed, adding:  “The recent breaches by players are inexcusable and place the entire state at risk.”

“We’ve seen in other states how quickly the Delta variant can spread and will do everything we can to prevent outbreaks from happening here.”

Chief Health Officer Young has said she is “getting very close to” ejecting the National Rugby League from Queensland, with government sources insisting she will do so if players or those in NRL-related “bubbles” commit further breaches.

Australia has come through the Chinese coronavirus pandemic relatively unscathed, at least compared to many other countries, having imposed strict international travel bans early on and reinforced them with generally brief but ferociously enforced bouts of lockdown.

Australia’s vaccination rate remains low, however, with the EU approving the seizure of Australia-bound doses partly to blame — and officials have been reacting to small outbreaks of the Indian or Delta variant of the virus in the country with extremely harsh lockdown measures, provoking large-scale protests.

Very few would have the audacity to deny the coronavirus restrictions have been placed above the importance of personal liberty.

Though governments are increasingly seeing more push back from citizens, who would have thought that the vast majority of the world population would be so willing to give up their freedoms and that it would happen so rapidly? People are becoming used to a lack of freedom.

Whatever the reason, what was an unprecedented loss of freedom in western society, now has precedent in the future… that precedent may very well be exploited by the approaching antichrist system spoken of in the Bible (Revelation 13).

Those who follow Bible Prophecy understand that a time will come where a world leader, the “antichrist,” will set up a global system where participation and compliance are mandatory (Revelation 13:16-18).