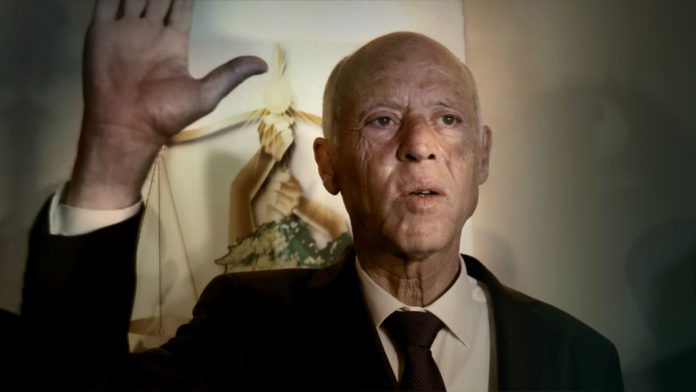 Kais Saied, recently voted in as Tunisia’s next president, expressed opposition to normalizing ties between his country and Israel, according to Maariv, sister publication of The Jerusalem Post.

“This is my view on the Zionist entity and it will not change,” said Saied in a televised interview on Monday. “If one day I change my mind, remind me about the things I said now. We are in a situation of war with Zionism, and normalization is treachery.”On Friday, the president-elect said he viewed Jews and Zionists differently. “The Jews visit Tunisia; we protected them in the Second World War,” he said. “But whomever normalizes relations with the Zionist entity that stole the land of the Palestinian people and exiled them from their land is a traitor.”

Saied won the country’s runoff for president with some 73% of the vote. He now faces another major challenge since he will have to work with a deeply divided parliament, whose members were elected the previous Sunday in an outcome that indicates that there will be fierce bargaining to select a prime minister and establish a ruling coalition.

The president-elect was born in Tunis in 1958 into a middle-class family. He has two daughters and a son. He is an expert on constitutional law and taught on the Tunis faculty of judicial and political sciences from 1999 to 2018. He has few published works, however, and never earned a PhD.