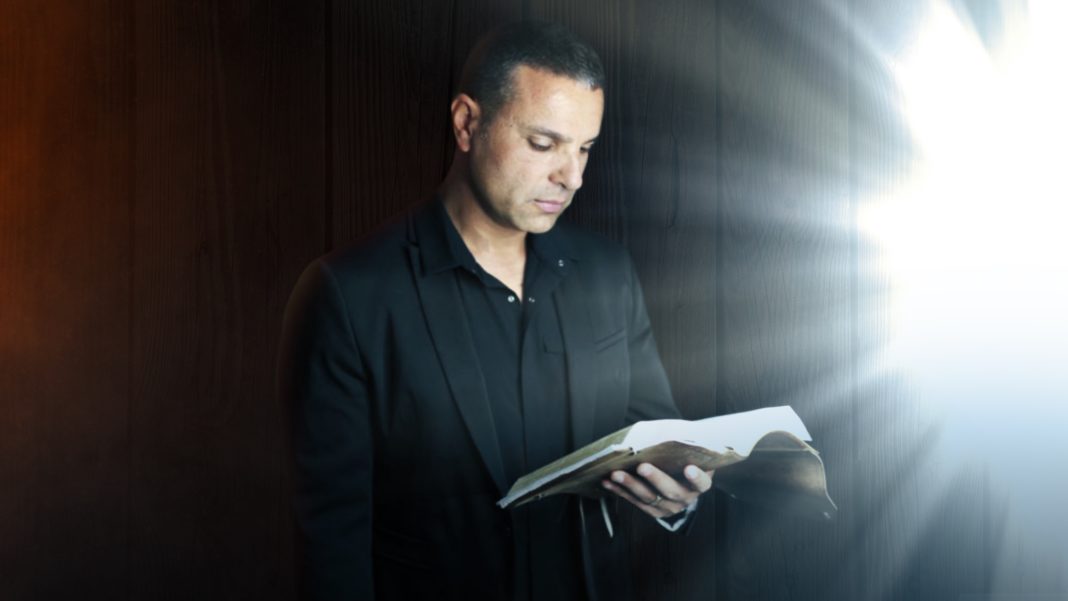 The Middle East is ready for the Lord’s return. The world is ready with all of its lawlessness and turning away from the Lord and His Word. So the question is, are you ready?

Romans 13:11-14 KJV – “And do this, knowing the time, that now it is high time to awake out of sleep, for now, our salvation is nearer than when we first believed. The night is far spent, the day is at hand. Therefore, let us cast off the works of darkness and let us put on the armor of light. Let us walk properly, as in the day, not in revelry and drunkenness, and lewdness and lust, not in strife and envy. But put on the Lord Jesus Christ and make no provision for the flesh to fulfill its lusts.”

Just as the plan of God is evolving around Israel, so will the stance of the believer on Israel be tested. Ladies and gentlemen, there are two parallels, and I’ve always said that all of my life, there is the prophetic plan of God on one side, and then there is your life decision on the other side. The plan of God will never change. You can’t stop the antichrist or try to stop the antichrist. He will rise. But your decision, whether you belong to Christ or not, your decision today will not affect or derail the plan of God for the world, but it will affect your location and your role tomorrow.

The Middle East is ready. The world is ready with lawlessness all over, the collapse of biblical code for gender, family, and nationality. The question is, are you ready?”

The concept of “casting off” and “putting on” is one that runs consistently through the scriptures in various forms and phrases. The “works of darkness” Paul spoke of the church at Rome Jesus called “evil deeds” in John 3, Peter called them “the will of the Gentiles” in 1 Peter 4, and in every use of such terms there is either the implied or direct call to “cast them off” prior to the directive to “put on the new.”

Colossians 3:1-7 KJV – “If ye then be risen with Christ, seek those things which are above, where Christ sitteth on the right hand of God. Set your affection on things above, not on things on the earth. For ye are dead, and your life is hid with Christ in God. When Christ, who is our life, shall appear, then shall ye also appear with him in glory. Mortify therefore your members which are upon the earth; fornication, uncleanness, inordinate affection, evil concupiscence, and covetousness, which is idolatry: For which things’ sake the wrath of God cometh on the children of disobedience: In the which ye also walked some time, when ye lived in them.”

No matter who you were before you were “raised with Christ,” we are called to seek the things which are above and not on the things of earth. This is done by “putting to death” the lusts of the flesh and putting on the new man who has been renewed in knowledge and likeness of Him who created them.

Imagine never taking off the clothes you wore all day and trying to put on a new set of clothes over them. You might pull it off for a day or two, but it would soon become impossible. So too with being a new creation in Christ, the new you doesn’t fit over the old you, the old you must be “cast off” and the new you “put on.”

This is one of the most significant ways we can be confident we are “ready” for when the Lord appears in the air, and the dead in Christ are raised and we who are alive and remain meet them in the air to forever be with the Lord. (1 Thessalonians 5:16-17)

Titus 2:11-14 KJV – “For the grace of God that bringeth salvation hath appeared to all men, Teaching us that, denying ungodliness and worldly lusts, we should live soberly, righteously, and godly, in this present world; Looking for that blessed hope, and the glorious appearing of the great God and our Saviour Jesus Christ; Who gave himself for us, that he might redeem us from all iniquity, and purify unto himself a peculiar people, zealous of good works.”

One of the greatest blessings of having the honor and privilege of teaching the word of God around the world is meeting saints from all nationalities and life experiences which are “ready” for the glorious appearing of our great God and Savior, Jesus Christ. A common thread among them all is they are zealous for good works and are not burdened down with the works of darkness.

The other side of that coin is the hardest part of traveling the world and teaching the word of God is hearing how many are not ready, how many are not zealous for good works, how many are not looking for the blessed hope and glorious appearing of our great God and Savior. Sadly many do not see a place for the nation of Israel in God’s redemptive plan, or they believe the church has replaced Israel, and God has “cast off” His people forever, which is not true or Biblically defensible.

Ezekiel 11:16-20 KJV – “Therefore say, Thus saith the Lord God; Although I have cast them far off among the heathen, and although I have scattered them among the countries, yet will I be to them as a little sanctuary in the countries where they shall come. Therefore say, Thus saith the Lord God; I will even gather you from the people, and assemble you out of the countries where ye have been scattered, and I will give you the land of Israel. And they shall come thither, and they shall take away all the detestable things thereof and all the abominations thereof from thence. And I will give them one heart, and I will put a new spirit within you; and I will take the stony heart out of their flesh, and will give them an heart of flesh: That they may walk in my statutes, and keep mine ordinances, and do them: and they shall be my people, and I will be their God.”

God is going to do in Israel what He has done in us, and they will “cast off” detestable things and be given a new heart and a new spirit just as has happened with us. The end result? They will walk in His statutes and keep His judgments and be His people, and He will be their God just as He is to the church today.

The church has not replaced Israel in God’s plan, but God’s plan for Israel is the same as it is for the church; being raised with Christ and casting off the works of darkness and walking in God’s marvelous light. Think about this, Satan has been trying to destroy Israel since the days of Moses, and he has been trying to replace Israel by convincing some that God is no longer the God of the Jews but has cast them off forever. In the end, Satan will try and deceive Israel by a man who makes a seven-year covenant with them that allows them to build a temple again.

He will only succeed temporarily because one day, the judgment of God will finally open their eyes that their long-awaited Messiah is none other than Jesus of Nazareth, who is the Christ, the Son of the living God.

Jesus is coming again, first for the church, and then with the church when He opens the eyes of the Jews. Until then, we are to cast off the works of darkness and walk in His marvelous light. No matter how crazy the world may get or seem God is still on the throne, His will cannot be averted, and His word is going to be fulfilled even though Satan opposes it and people question and doubt it, His will is going to be done, on earth as it is in heaven.