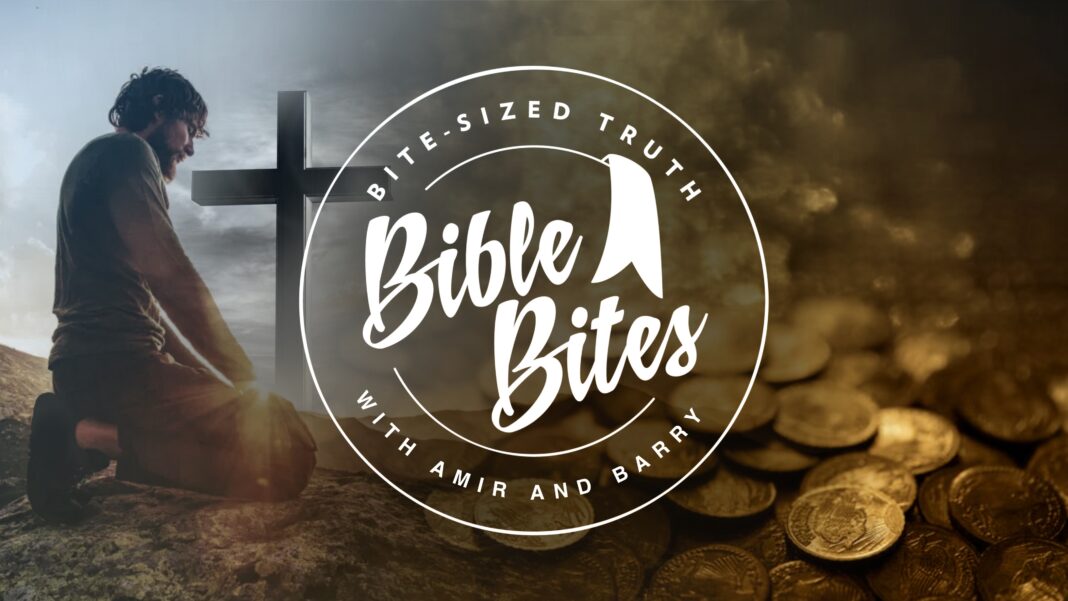 “The first person Jesus revealed Himself to as a resurrected Lord wasn’t Peter, it wasn’t John, it wasn’t his mother, Mary, whom the Catholic Church makes a Saint and a Co-Redeemer. It was Mary Magdalene. That teaches us a lot. Jesus is not looking at your status in society. He is not looking into your bank account, into your success story. All He cares about is your dedication, your love, and how much of a Lord is He in your life.

He was everything to Mary. Magdala was a town, but Mary Magdalene is the story of this town. Today, everybody knows about Magdala or Migdal because of Mary. She was nothing. Nobody loved her. Nobody cared about her. She was an outcast. She was a damaged good. She was rejected, but because of her love and dedication to Jesus, we all know about Magdala today.

In an age where we are inundated with information about what makes a person happy, successful, and prosperous, it is noteworthy how this information makes so many people unhappy because they do not meet the definitions of prosperity and success that are thrown at us.

Many self-help gurus tell us how we can be “world changers.” And social media has an elite group of participants known as “influencers,” and we can learn how to be one too if we mimic their actions.

Yet, the most influential person in human history had none of the things the world claims will make us happy today. Born in a stable, laid in a manger, He worked with His hands in the family business, and had nowhere to lay his head during His ministry. Yet His name stands above all others though He met none of the standards, that in our day, make someone a world changer and influencer.

What He did do, however, was change the lives of people.

Luke 8:1-2 KJV – “And it came to pass afterward, that he went throughout every city and village, preaching and shewing the glad tidings of the kingdom of God: and the twelve were with him, And certain women, which had been healed of evil spirits and infirmities, Mary called Magdalene, out of whom went seven devils,”

There is some minor debate as to whether the number seven is literal or figurative. Seven, being the number of completeness, would mean that Mary of Magdala was completely demon possessed. Either way, Mary needed help and healing – and she found it in Jesus.

Mary met none of the criteria of today’s “success model.” Yet, though she lived almost 2,000 years ago, the town she was from is visited by thousands every year because of her.

John 4:39-42 KJV – “And many of the Samaritans of that city believed on him for the saying of the woman, which testified, He told me all that ever I did. So when the Samaritans were come unto him, they besought him that he would tarry with them: and he abode there two days. And many more believed because of his own word; And said unto the woman, Now we believe, not because of thy saying: for we have heard him ourselves, and know that this is indeed the Christ, the Saviour of the world.”

What Jesus did for Mary Magdalene changed her life. So much so that she was among the women who were last at the cross and heard Jesus utter, “It is finished,” and she was the first person to encounter Jesus after He rose from the dead. The Samaritan woman could not keep quiet about her encounter with a Man who knew all about her and yet offered her what she was lacking anyway.

Think about the number of people who have lived and died since the time of these women. We may recall a sprinkling of names among the billions who lived between now and then, but these women, who were outcasts of society, are remembered and their stories and the names of their cities are retold to this day around the world. Why?

Acts 4:13 KJV – “Now when they saw the boldness of Peter and John, and perceived that they were unlearned and ignorant men, they marvelled; and they took knowledge of them, that they had been with Jesus.”

Peter and John were not among the “movers and shakers” of society in their day. They were fisherman, not influencers. But they, like the two women, shared one common experience that not only changed them, but impacted the world around them – they had been with Jesus.

The world may view us as uneducated and untrained since we follow a different success model, but at the end of the day, we need to ask ourselves, “Do others know I am with Jesus? Is my reputation in my city that of someone who may have once been a mess but has been transformed by the Lord?”

Matthew 19:23-26 KJV – “Then said Jesus unto his disciples, Verily I say unto you, That a rich man shall hardly enter into the kingdom of heaven. And again I say unto you, It is easier for a camel to go through the eye of a needle, than for a rich man to enter into the kingdom of God. When his disciples heard it, they were exceedingly amazed, saying, Who then can be saved? But Jesus beheld them, and said unto them, With men this is impossible; but with God all things are possible.”

The Pharisees taught that God grants wealth to those He loves, making the statement of Jesus shocking to the Jewish disciples. The illustration to them was profound. A camel was the largest animal used by the Jews and the eye of a sewing needle would be commonly known as well. In their minds they were thinking, “Isn’t material wealth a sign of being pleasing to God? And now you tell us the rich getting into heaven is like a huge camel passing through the eye of a small needle?” Next came an incredulous question; “Then who can be saved?”

Thankfully, Jesus said that God can even do the impossible.

The point is this; God is not anti-wealth, but He is more interested in intimacy than affluence. At the end of our life the one thing that will matter more than anything else is that others knew that we lived our lives for Jesus.