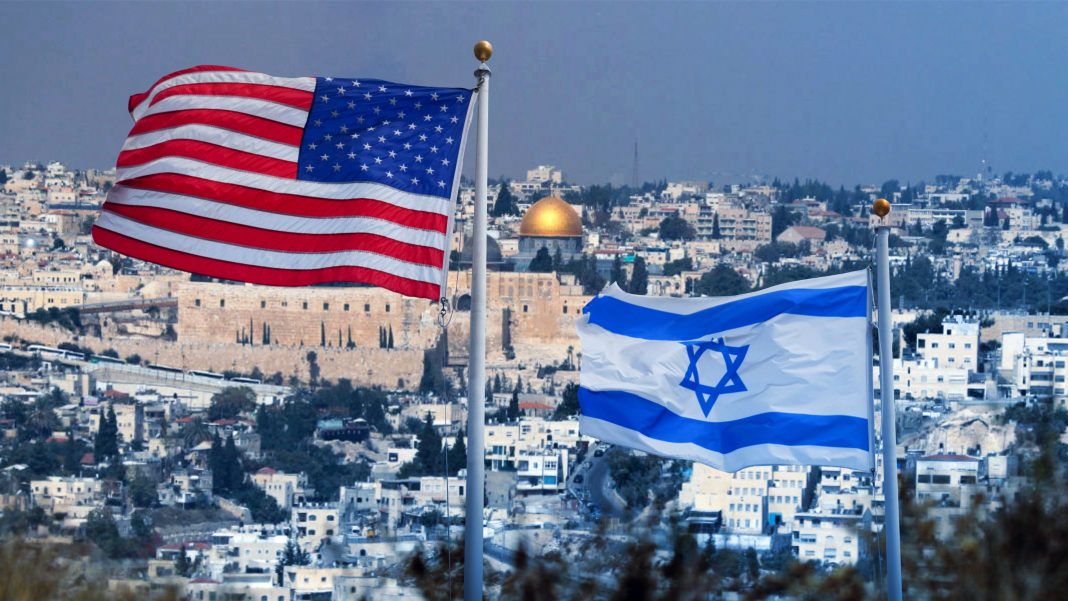 The US and Israel are reportedly planning to form a joint team tasked with resolving a growing dispute over the Biden administration’s plan to reopen the US consulate in Jerusalem, against the wishes of Prime Minister Naftali Bennett’s new government.

The joint panel will be led by US Secretary of State Antony Blinken and Foreign Minister Lapid, along with one or two senior aides from both sides, according to a Wednesday Axios report.

Blinken proposed the idea during a meeting with Lapid in Washington last week, when Biden’s plan to reopen what historically served as the de facto representative mission to the Palestinians was raised. The consulate was shuttered by former US president Trump in 2019 and its staff were folded into the US embassy, moved to the city a year earlier, in what the Palestinians view as a de facto downgrading of their ties with the US.

Lapid warned Blinken that US plans to move forward could risk toppling the Israeli government, which includes right-wing parties that may not be willing to swallow such a move. They argue that the reopening of a US consulate in Jerusalem that does not serve Israelis will lead other countries to do the same, thus damaging Israel’s sovereignty over the city.

“I don’t know how to hold this coalition together if you reopen the consulate,” Lapid told Blinken last week, according to Axios.

US officials maintain that reopening the consulate is simply a return to the pre-Trump status quo and part of Biden’s pledge to renew relations with the Palestinians that were severed during the previous administration. Moreover, they point out that nearly a dozen other countries already operate consulates in Jerusalem that serve the Palestinians.

Blinken told Lapid that he recognized the political sensitivity of the move and said that the goal of the joint team would be for the sides to hold negotiations on the consulate in a discreet fashion aimed at preventing the matter from turning into a larger diplomatic incident, Axios said.

While Blinken notified Israel of Biden’s plan to reopen the consulate in May, Washington subsequently agreed to hold off on the move until after the new government passes a budget next month, in order to give it a chance to stabilize.

Lapid asked Blinken to hold off on convening the joint team until after the budget passed, Axios reported, though it did not reveal how the secretary of state responded.

“Inherent in the request to hold off on the reopening was a recognition that we would still move forward eventually,” one US source familiar with the matter told The Times of Israel earlier this year.

A spokesman for Lapid said the joint team had not yet been established.

The State Department declined to comment on the matter.

Last week, former Secretary of State Mike Pompeo commented on the Biden Administration’s plans to open a consulate to the Palestinians in Jerusalem, calling it a “terrible idea” that would send the “wrong message.”

“Two other thoughts. It’s illegal under US law, we just, as a rule, when we recognize nations, we have an embassy, we don’t place the consulate in the same city. Its a rule that we have, most nations have the same rule,” he explained. “But second, the message that this would send to the Palestinian leaders who continue to oppress their own people, is really bad.

Back in August, Michael Freund who served as deputy communications director under prime minister Benjamin Netanyahu during his first term made clear that a separate consulate to the Palestinians would “lay the groundwork for dividing Jerusalem.”

“Such a move, if allowed to take place, would not only be a slap in the face to Israel, but it would serve to encourage greater extremism by stoking misguided Palestinian hopes of obtaining a foothold in the city,” Freund insisted. “And lest there be any doubt as to how the Palestinians are interpreting the proposed move, consider the following. On the day following Blinken’s announcement, Hussein al-Sheikh, a member of the Fatah Central Committee, told Palestine TV that the US announcement was a clear message that eastern Jerusalem is part of the ‘occupied Palestinian territories.'”

“Consequently, the Biden administration has succeeded in reigniting the Palestinian illusion that they will gain control over Jerusalem,” he said, “a fantasy that only serves to feed greater extremism and rejectionism.”

“Israel must stand firm on this issue and reject any request by Washington to open a separate consulate for Palestinians in Jerusalem,” he warned. “We cannot and must not agree to allow Mr. Biden to lay the groundwork for dividing Jerusalem. No other country in the world would even consider consenting to such a step, which would only undermine the international legitimacy of our rightful claim to our own capital. And neither should Israel.”

Zechariah speaks of a time when all the nations of the world will have their sights set on the land of Israel, more specifically, on its Eternal Capital, Jerusalem, which they would seek to divide.