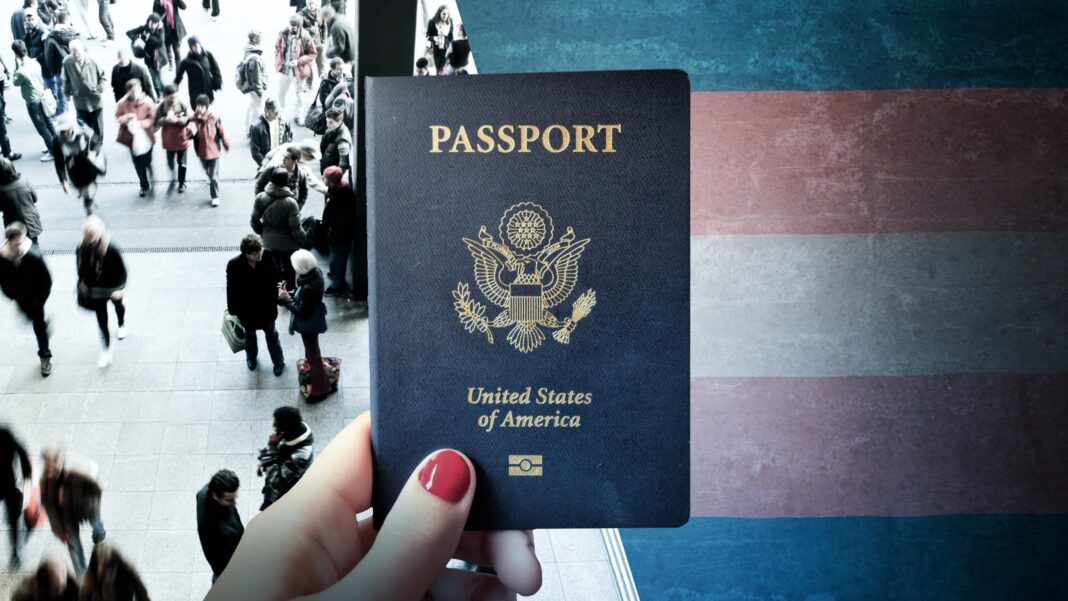 The American Civil Liberties Union (ACLU) is jumping on the Biden administration’s embrace on Day One of the transgender ideology by seeking to make identification documents include “X” as a category for one’s sex.

“Trans and non-binary people belong, and we need IDs that accurately reflect who we are so we can travel, apply for jobs, and enter public establishments without risk of harassment or harm,” the ACLU website says in a text titled “They the People.” “The ACLU has filed six cases on behalf of transgender people seeking an accurate ID.”

“Nearly 20 states already have self-attestation and an ‘X’ designation on IDs,” ACLU said. “We’re asking the Biden-Harris administration to issue an executive order to make it easier for trans and non-binary people to have accurate IDs.”

The ACLU website features profiles of five people who are advocating for the “X” designation.

Ken Ham, in an article he wrote last year, explained that this blatant denial of God and science in favor of Transgender policies shows “Romans chapter one” is “happening before our eyes”:

It’s the new reality where the government denies science—that is, the science of genetics/sex chromosomes.

Our Western culture continues to try and erase the God-given distinctions of male and female (Genesis 1:27). It’s a rebellion against God’s design and an attempt to normalize sinful choices. Really, this attempt to ignore and rebel against our “very good” design is an outworking of man’s evil heart—it’s part of Romans chapter 1 happening before our eyes.

The tyranny of the gender revolution shows no sign of slowing down in the West. As Christians, we need to continue to be salt and light in a crooked and perverse generation. Ultimately, behind the attempt to erase gender are individuals: hurting people who are lost without Christ. They don’t need gender-neutral pronouns or the government eliminating any perceived “discrimination”—they need Christ and the hope and healing he brings! So, no matter what happens in our culture, we need to continue sharing Christ with a hurting world.

God created the chromosomes XY and XX—male and female. Science confirms it.