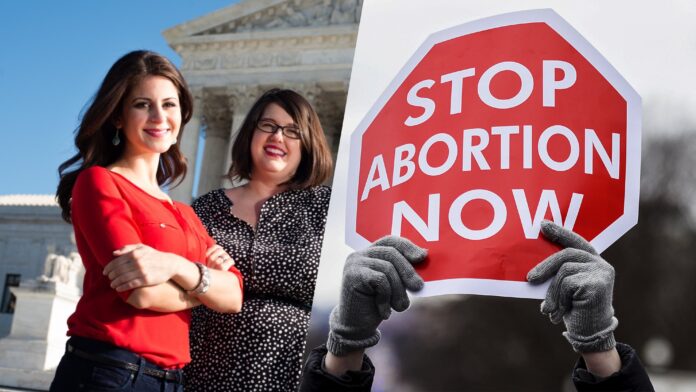 Torres, whose medical license was suspended by the state of Alabama in August for allegedly committing fraud while applying for her certificate of qualification to practice in the state, claimed that Rose’s tweet was “violent rhetoric” that was “meant to incite others to commit crimes against clinics, patients and health care providers.”

Although brief, the social media exchange has led to increased debate among pro-life and pro-abortion advocates.

Seth Dillon, CEO of the Christian satirical website The Babylon Bee, encouraged Twitter users to apply Torres’ reasoning to her own words:

“By her own standard, is she not inciting violence against Lila Rose by labeling her a domestic terrorist? What if someone tries to kill Lila to put a stop to her alleged terrorism? That blade cuts both ways.”

And when a Twitter user named Brian responded in defense of Rose, writing, “Abortion is murder, murder is violence, ergo …,” Torres continued on her tirade, calling Brian “a misogynist” and “most likely a white supremacist.”

Other social media users pointed out that in 2018 Torres herself faced backlash for a since-deleted tweet in which she seemingly bragged about cutting the vocal cords of pre-born babies to prevent them from screaming while she performed abortions.

Torres’ recent comments come at a time when political unrest and increased censorship has pushed America into a state of crisis—“a spiritual crisis,” said Franklin Graham.

“We have turned our back on our Creator, the Author of our freedom, and the One who has bestowed on us the bounty of this land that we enjoy,” Franklin explained in a Facebook post.

“As you look around, just because other people’s hearts are filled with hate, don’t let hate fill yours,” he added. “Let God, through His Son, Jesus Christ, give you the strength, the joy, the fulfillment and the peace that only He can. Jesus Himself instructs us to love our enemies, and the Bible challenges us, ‘Do not be overcome by evil, but overcome evil with good’ (Romans 12:21).”