5 Facts You Need to Know About the Israel-Gaza Conflict 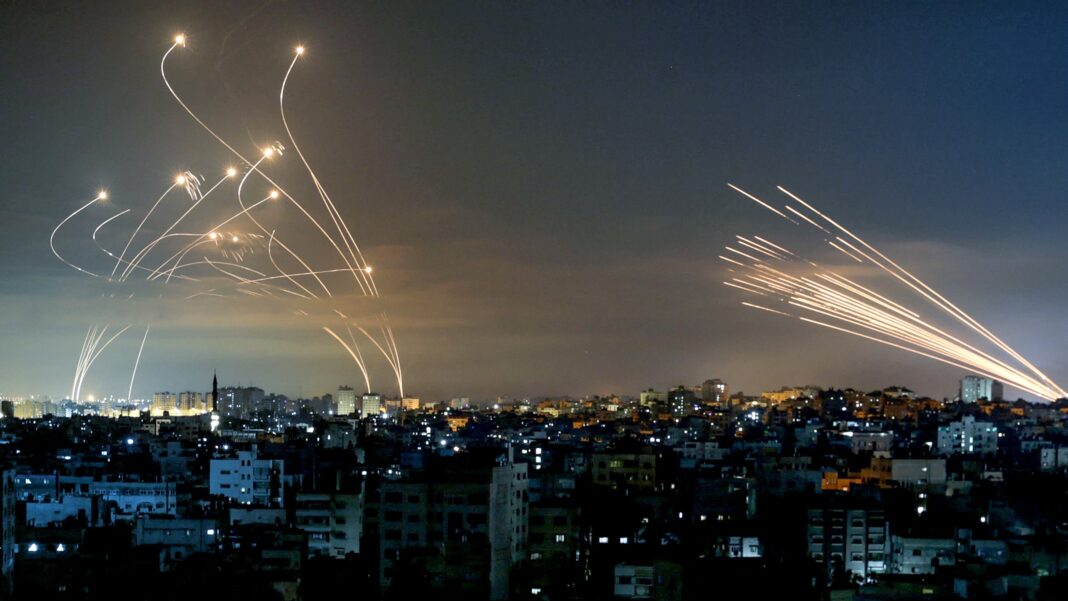 Israel came under fire for not providing the Palestinians with vaccines (never mind that it doesn’t have any legal responsibility to and never mind that despite that, it did send vaccinations).

To date, more than 3,800 rockets have been launched at Israeli cities in just over a week. Several hundred were the long-range, far more expensive rockets. This is aside from the hundreds of millions of dollars spent building subterranean cross-border tunnels to smuggle terrorists and weapons into Israel. But let’s not forget that, at least when it comes to the rockets, Iran is footing the bill and pays for and delivers all of Hamas’s rockets.

Israel, and not Hamas, is blamed for Gaza’s humanitarian crisis. In fact, the electricity cut this week was caused by a Hamas rocket that misfired. Of course, people – such as Congresswoman Rashida Tlaib – blamed that one on Israel.

Luckily, the Biden administration has resumed funding for UNRWA, the U.N. agency for Palestinian refugees, despite the fact that UNRWA promotes violence against Israelis and that its schools – by the U.N.’s own admission – have been used as weapons caches and as launching pads for Hamas rockets.

The mainstream media, including The New York Times, CNN, and the BBC, all draw attention to the fact 200 Palestinians have been killed over the past nine days of violence while Israel has only seen 12 deaths. Most conveniently omit the fact the vast majority of those killed are terrorists from the Hamas and Palestinian Islamic Jihad terror groups.

Many of the rest, including several children, were killed by the 460 rockets which terrorists misfired and that fell short, landing within Gaza.

Even those civilian casualties that did occur as a result of Israel Defense Forces (IDF) strikes could have easily been avoided if Hamas didn’t choose to turn their own citizens into human shields by operating from densely populated areas as well as hospitals, schools, and most recently, a 13-story building that housed the offices of the Associated Press and Al Jazeera.

While AP criticized Israel, saying, “We have had no indication Hamas was in the building or active in the building,” a former White House national security official under Obama said the building was long known as a Hamas operational center and that people who worked there knew that. A former AP editor also said Hamas operated from within the building.

Another reason for the “disproportionate numbers” is that Israel cares about its citizens enough to invest in protective measures, including the Iron Dome missile defense system and bomb shelters.

Code Red sirens give citizens of Israel between 15 seconds and a minute and a half (depending on where they are located relative to Gaza) to find shelter. If Hamas cared a whit about its people, it would also build bomb shelters. Instead, it has built shelters for bombs. Its sophisticated underground tunnel system has shelters for storing rockets, bombs and other arms.

In fact, if indeed, as some people are claiming, Israel is out to indiscriminately kill Palestinians, it’s doing a very bad job of it. Hamas, on the other hand, is indiscriminately firing rockets at Israeli  civilians.

Israel uses several methods to warn Gazans to evacuate targeted areas including telephone calls, messages and what the IDF calls “roof-knocking” – sending a non-explosive device 15 minutes before a strike. In the case of the AP building, an absurd video clip that garnered thousands of laughing emojis made the rounds showing the owner of the building in a phone conversation with an IDF officer, demanding that he postpone the strike another ten minutes.

“Tell your commander, another ten minutes won’t make a difference,” the owner says, to which the officer responds: “We’re already evacuating people from there for over an hour. No one should go into the building. Anyone who does will be in grave danger!”

You have to ask yourself which army in the world would be engaged in this kind of negotiations before a strike.

Michigan Rep. Rashida Tlaib last week delivered an impassioned speech on the House floor last week, calling for an end to the “apartheid system” and “racism” enacted by Israel against the Palestinians. She was also reported to have told President Joe Biden that “atrocities like bombing schools cannot be tolerated, much less conducted with U.S.-supplied weapons.” Never mind that Israel’s “apartheid system” allows for complete equality between its Arab and Jewish citizens, and that Arabs occupy the highest positions including Supreme Court judiciaries.

Tlaib claimed that the U.S. is failing to recognize the plight of Palestinians, but she failed to mention that Hamas is targeting Israeli citizens – including 1.9 million Arab citizens of Israel – and their rockets have even killed Arabs in Israel in the past week. Still, Biden deigned to respond to Tlaib, telling her “I admire your intellect, I admire your passion… you’re a fighter and thank God thank you for being a fighter.”

“From my heart, I pray that your grandmom [Tlaib’s grandmother lives in Ramallah] and family are well. I promise you, I’ll do everything to see that they are,” he said.

Meanwhile, not willing to be outdone by her fellow Squad member, Alexander Ocasio-Cortez joined the fray, citing a UN report accusing Israel of ‘apartheid’ that was later dismissed when it emerged that the report, commissioned by Syria, Libya and 18 other Arab states, was authored by 9/11 conspiracy theorist Richard Falk, who was denounced both by then-U.N. Secretary-General Ban Ki-moon and by the UK for antisemitism.

In Tlaib’s speech to the House, she claimed: “There has been no [U.S.] recognition of Palestinian families being ripped from their homes right now in east Jerusalem.”

The media has claimed that the rockets from Gaza as well as the Arab uprisings throughout Israel, which has also resulted in the murder of Jews and the torching of synagogues, is the result of Jews stealing Palestinian land in a neighborhood in eastern Jerusalem known as Sheikh Jarrah.

That yarn was spun from the Israeli court decision to evict six Palestinian families who have never paid rent for the properties they reside in. In fact, if anyone was ethnically cleansed from the area, it is Jews who were expelled from their homes when Jordan invaded and occupied eastern parts of Jerusalem.

It turned into a decades-long legal case, in which Jews have all the legal backing, including title deeds, to the properties, but that matters little when the Arab squatters are winning the PR battle.

Neither are any claims about threats to the Al Aqsa Mosque on Temple Mount credible.  Reports by The New York Times, the BBC, The Guardian, The Washington Post, or the Associated Press, all claimed Palestinian worshipers were beaten by Israel police who entered the flashpoint site – seemingly without reason.

None of those reports mentioned that thousands of those Palestinians were chanting “Bomb Tel Aviv” or that the mosques were being used to as a weapons cache and a base for attacks.