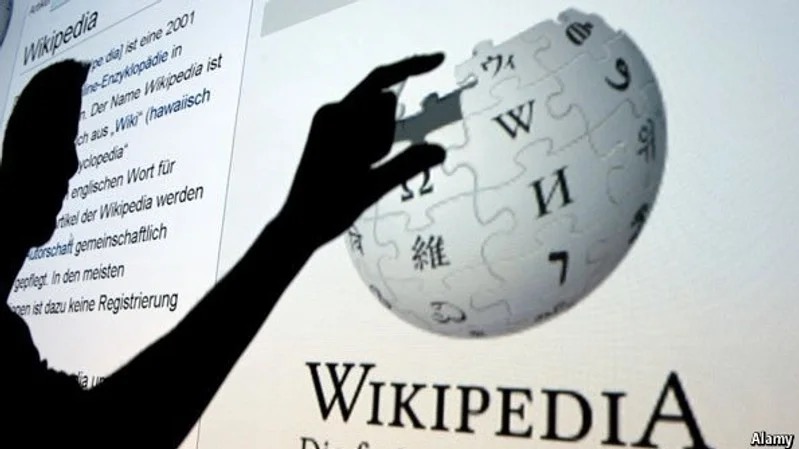 Wikipedia has in recent years drifted away from neutrality and slid into “leftist propaganda,” according to its co-founder Larry Sanger.

Sanger, who parted ways with Wikipedia almost two decades ago over the project’s direction, told EpochTV’s “American Thought Leaders” that the online encyclopedia, which turned 20 years old earlier this year, has gradually shifted to follow the narrative of “the news media.”

“Wikipedia made a real effort at neutrality for, I would say, its first five years or so,” said Sanger. “And then … it began a long, slow slide into what I would call leftist propaganda.”

Wikipedia has around 125,000 active volunteer editors who work on crowdsourced articles, and more than 1,000 “administrators” who can take actions such as blocking accounts or restricting edits on certain pages.

Sanger told EpochTV that particularly in the past five years, any individual who is “on the right,” or “even contrarian,” often finds themselves with an article on Wikipedia that “grossly misrepresents their achievements, often just leaves out important bits of their work, and misrepresents their motives.”

Wikipedia “casts them as conspiracy theorists, are far right or whatever, when they and their friends and people who know them well would never describe them in that way,” Sanger said.

Sanger criticized Wikipedia, suggesting that it has recently moved to “follow the news media.”

“More recently, they’ve gotten rid of almost all conservative news sources as sources for their articles,” he explained. “And so as the news media has shifted, and as the establishment, frankly, has shifted more to the left or to the left, the content of Wikipedia has followed suit.”

He previously noted that Wikipedia has banned Fox News’s political reporting, the New York Post, and the Daily Mail from being used as sources.

Though many people who have noticed Wikipedia’s lack of neutrality have avoided further use of the website, Wikipedia has been a significant factor in deceiving those still blind to its bias.

It is extremely dangerous when the “internet’s encyclopedia” begins changing historical events to reflect their political agendas or twist the facts surrounding politicians in favor of their chosen candidate.

Furthermore, it is also dangerous when issues related to morality are skewed. For example, on the Wiki page discussing abortion, no views in favor of life are shared. Instead, the page sings the praises of abortion, calling it “one of the safest procedures in medicine.”

Discussing Christianity, Wikipedia has been “pretty egregious” in its bias, according to Larry Sanger in an article he wrote on the topic:

What about articles on religious topics? The first article I thought to look at had some pretty egregious instances of bias: the Jesus article. It simply asserts, again in its own voice, that “the quest for the historical Jesus has yielded major uncertainty on the historical reliability of the Gospels and on how closely the Jesus portrayed in the Bible reflects the historical Jesus.” In another place, the article simply asserts, “the gospels are not independent nor consistent records of Jesus’ life.” A great many Christians would take issue with such statements…

This type of twisting Scripture, interestingly enough, is reminiscent of what is taking place in communist China. Last year, we learned that the CPP was altering Biblical accounts to reflect pro-communist views and promote compliance to the corrupt government.