Washington Florist’s Religious Liberty Case Not Over Yet, Lawyers Contend 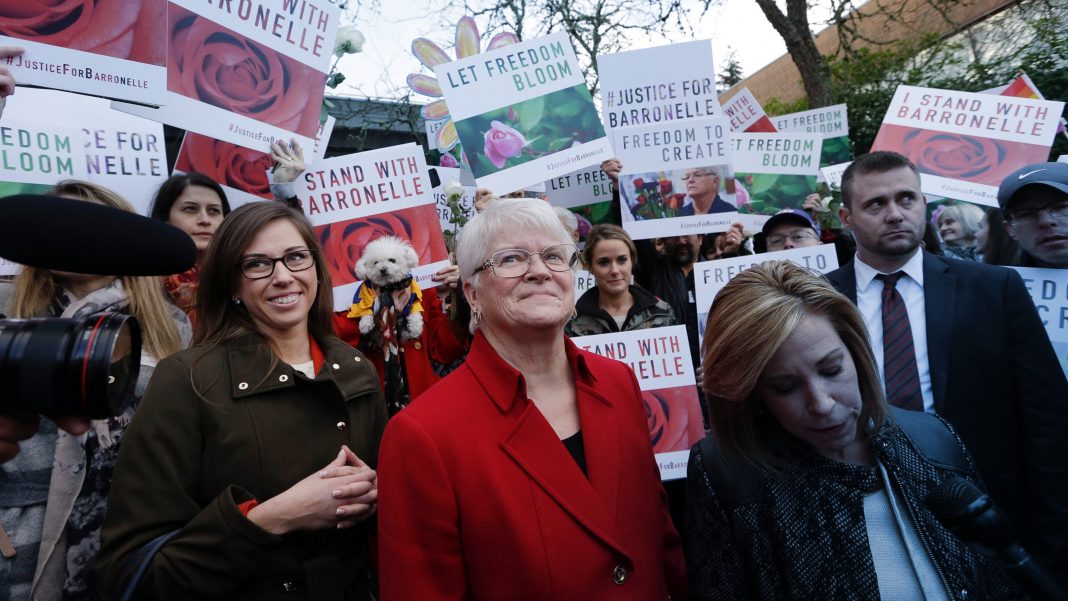 Despite the U.S. Supreme Court’s refusal to hear an appeal last month from Washington florist Barronelle Stutzman, who could lose her business and personal assets for refusing to create flower arrangements for a same-sex wedding, the devout Christian’s legal recourse still might not be over.

Alliance Defending Freedom (ADF), the law firm representing Stutzman, is hopeful that the high court will reconsider the floral artist’s case when they consider another appeal ADF has filed on behalf of a Christian website designer who, under Colorado law, is being forced to publish content that celebrates same-sex weddings in violation of her religious convictions.

The U.S. 10th Circuit Court of Appeals ruled 2-1 July 26 that the state of Colorado can compel Lorie Smith to create websites for same-sex weddings despite it conflicting with the tenets of her faith.

In 2016, Smith, owner of 303 Creative, filed a pre-enforcement legal challenge to the Colorado Anti-Discrimination Act, which allowed her to challenge the law before the government enforced it against her. Smith argued that the law compels her to provide services that go against her Biblical beliefs and is therefore unconstitutional. The law also prohibits her from stating her beliefs about marriage on her business website.

In September 2017, a district court ruled that Smith couldn’t challenge the accommodation clause of the law, meaning, if she were to offer services for traditional weddings, she must offer those same services for same-sex weddings. But the court held off on ruling about the law’s communication clause—or what Smith could share on her website about her religious beliefs—until after Jack Phillips’ case was decided by the Supreme Court.

A subsequent ruling upheld the court’s decision, saying that it “assumes the constitutionality” of the Colorado law.

In the July 26 ruling, Circuit Judge Mary Beck Briscoe, who wrote for the majority, said that “Colorado may prohibit speech that promotes unlawful activity, including unlawful discrimination,” and that the law “permissibly compels [Smith’s] speech.”

ADF attorneys say that since Smith and Stutzman are both being forced by their states’ non-discrimination laws to create custom art that communicates messages that violate their consciences, they have asked the Supreme Court to reconsider its denial of Stutzman’s case and grant the petition or hold it until Smith’s case is decided.

Stutzman, owner of Arlene’s Flowers in Richland, Washington, has been mired in a battle for her livelihood for eight years as her home state has brought the full force of Washington’s antidiscrimination law against her.

The wife, mother, grandmother and floral artist has been fighting legal battles against the American Civil Liberties Union (ALCU) and the State of Washington for her freedom to create custom floral art without violating her conscience.

In 2017, the Washington Supreme Court ruled against Stutzman.

Later that year, Stutzman appealed to the U.S. Supreme Court. It then sent her case back to the Washington Supreme Court in June 2018 after the decision in the Masterpiece Cakeshop case.

The high court’s 7-2 opinion from that case found that the Colorado Civil Rights Commission unconstitutionally demonstrated “religious hostility” in its action toward Phillips, the justices said, for his refusal to design and decorate a cake for the wedding of two men.

Phillips is currently appealing another court ruling that he violated the Colorado anti-discrimination law by refusing to bake a cake celebrating a gender transition.

In a notice filed Monday (Aug. 2), Phillips’ ADF lawyers asked the Colorado Court of Appeals to review a June ruling by Denver Judge A. Bruce Jones that said Phillips’ refusal to bake a cake that was blue on the outside and pink on the inside for Autumn Scardina violated Scardina’s rights. Scardina is a biological man who ostensibly ordered the cake in order to celebrate his gender transition. Scardina is also an attorney and a gay-rights activist, Phillips’ attorneys say.

“No one should be forced to express a message that violates their beliefs and conscience,” said Jake Warner, legal counsel for Alliance Defending Freedom (ADF), in a press release. “Activists and government officials are targeting artists like Jack because they can’t promote messages on marriage and gender that violate their core beliefs. In this case, an activist attorney demanded that Jack Phillips create custom cakes in order to test Jack and to ‘correct the errors’ of his thinking, and the attorney even threatened to sue Jack again if the case is dismissed for any reason. This case and others like it represent a disturbing trend: Activists are weaponizing the legal system to ruin those who simply disagree with them. Someone you disagree with might be the one targeted today, but when political winds shift, it could just as easily be you or anyone else tomorrow.”