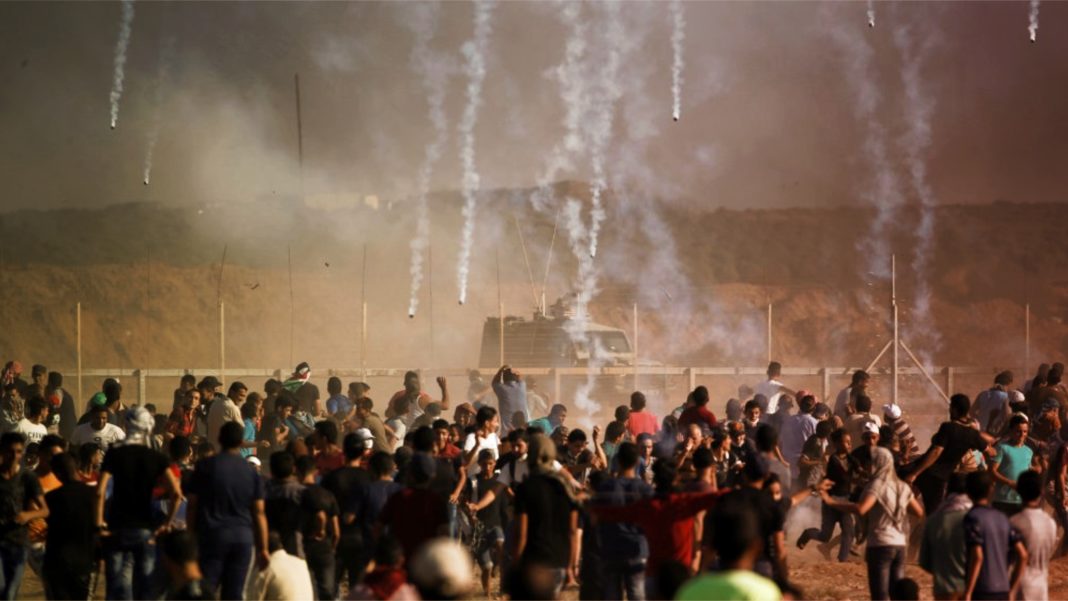 “I am concerned that the demonstrations’ organizers have branded tomorrow’s protests as ‘Our Child Martyrs,’ which may push boys and girls to put themselves at risk,” UN humanitarian coordinator for the Palestinian territories Jamie McGoldrick said on Thursday.The last time Hamas used this slogan, two Gaza boys were killed by Israeli forces on July 27, 2018, he recalled.

“I call upon Hamas to uphold its responsibility to ensure the safety of children in Gaza, including by preventing them from being exposed to the risk of violence, or from being used as instruments of political action,” he said. “I reiterate in the strongest terms that children must never be the target of violence, nor should they be put at risk of violence or encouraged to participate in violence.”

Hamas has held weekly Gaza border protests, which are part of the March of Return, since March 30, 2018.

They have often included violent riots, in which protesters have burned tires and thrown stones and burning projectiles at Israeli forces along the border. Protesters have also attempted to infiltrate the border and have placed explosive devices by the fence. In addition, Palestinians in Gaza have launched burning projectiles into southern Israel that have burned thousands of acres.

McGoldrick said that since the weekly protests began, some 40 Palestinian children have been killed in the protests and 1,521 injured with live ammunition.

According to Gaza health officials, more than 200 Palestinians have been killed since the start of those protests.

“As we head toward another Friday of demonstrations at the Israeli fence surrounding the Gaza Strip, I am deeply concerned about the impact that the violence at these demonstrations has on children,” McGoldrick said. “I again call on the Israeli authorities to refrain from using excessive force, including the use of live ammunition, in response to the demonstrations and remind them of their responsibility to ensure the safety and well-being of children.”

About 6,000 Palestinians gathered along the frontier, according to the IDF, and some in the crowd hurled explosive devices and grenades toward the fence separating Gaza from Israel and toward a military vehicle.

Gaza’s Health Ministry identified the man as 28-year-old Alaa Hamdan. It added 40 people were also wounded, 18 of them by live fire.