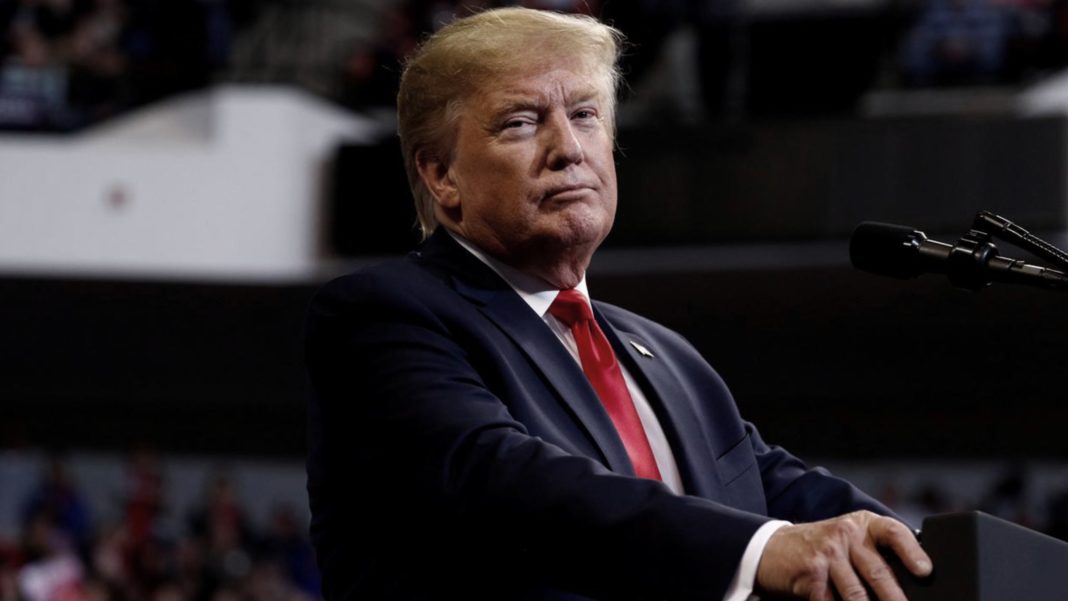 President Trump, in a blistering, no-holds-barred six-page letter Tuesday to House Speaker Nancy Pelosi, D-Calif., lambasted the Democrats’ impeachment inquiry as an “open war on American Democracy,” writing that she has violated her oath of office and “cheapened the importance of the very ugly word, impeachment!”

“Everyone, you included, knows what is really happening,” Trump said, just a day before House Democrats were expected to vote to impeach him. “Your chosen candidate lost the election in 2016, in an Electoral College landslide (306-227), and you and your party have never recovered from this defeat. So you have spent three straight years attempting to overturn the will of the American people and nullify their votes. You view democracy as your enemy!”

Trump specifically hammered Pelosi for daring “to invoke the Founding Fathers in pursuit of this election-nullification scheme,” and “even worse,” for “offending Americans of faith by continually saying ‘I pray for the President,’ when you know this statement is not true, unless it is meant in a negative sense.”

“It is a terrible thing you are doing,” Trump added, “but you will have to live with it, not I!”

The president argued that Democrats were trying to distract Americans from the strong economy and historically low unemployment numbers, and pointed out that Democrats have openly called for impeachment since the day he took office. Democrats’ persistent but unsubstantiated allegations that the Trump campaign had conspired with Russians to influence the 2016 election,  the president pointed out, ultimately “dissolved into dust,” but not before the nation had to endure years of “turmoil and torment.”

“It is a terrible thing you are doing, but you will have to live with it, not I!” — President Trump, to House Speaker Nancy Pelosi

Concerning the obstruction-of-Congress impeachment count, Trump attacked Democrats for “trying to impeach the duly elected President of the United States for asserting Constitutionally based privileges that have been asserted on a bipartisan basis by administrations of both political parties throughout our nation’s history.”

And, regarding the abuse-of-power count, Trump noted that it was former Vice President Joe Biden who had “bragged” on video about having Ukraine’s allegedly corrupt prosecutor fired by threatening to withhold $1 billion in critical U.S. aid. But, House Republicans have been barred by Democrats from calling witnesses that would help them make the case that Trump’s concerns about Ukraine corruption were legitimate.

“More due process was afforded to those accused in the Salem Witch trials,” Trump wrote, observing that even Ukraine’s president has repeatedly said at the United Nations that he felt no undue pressure from the White House.

Letter From President Trump by Fox News on Scribd

Pelosi has come under withering fire from the president as Democrats barrelled toward an impeachment vote. Earlier this week, Trump suggested that Pelosi’s teeth were “falling out” during a news conference on impeachment.

Trump’s letter came a day before House Democrats are expected to vote along party lines to impeach the president, sending the matter to the GOP-controlled Senate for a virtually certain acquittal. Moderate Democrats in districts Trump won in 2016 largely have fallen in line in favor of impeachment, with only two exceptions.

The impeachment vote may prove politically costly for Democrats, as Republicans in the House and Senate remain united against impeachment. Polls have shown that Trump is now leading his top Democratic rivals, and that impeachment is actually helping Trump in key battleground states that might decide the 2020 election. Nationally, a Fox News poll this week found that 50 percent of respondents want Trump impeached and removed from office.

Fox News has been told that around 10:40 a.m. ET on Wednesday, the House is expected to vote to adopt the rules for the impeachment debate. Then, there likely will be a grand total of four hours of debate on the actual articles themselves on the floor of the House, beginning around 11:30 a.m. ET. Fox News expects a singular debate on both articles of impeachment, but it remained unclear on Tuesday how much time the Rules Committee would permit for debate.

Debate will likely conclude at 5 p.m. ET at the earliest, but could stretch on much later.

Setting up a potentially explosive evening of television, the president is scheduled to hold a massive rally at the Kellogg Arena in downtown Battle Creek, Mich., Wednesday night — just as the House is expected to vote to impeach him.