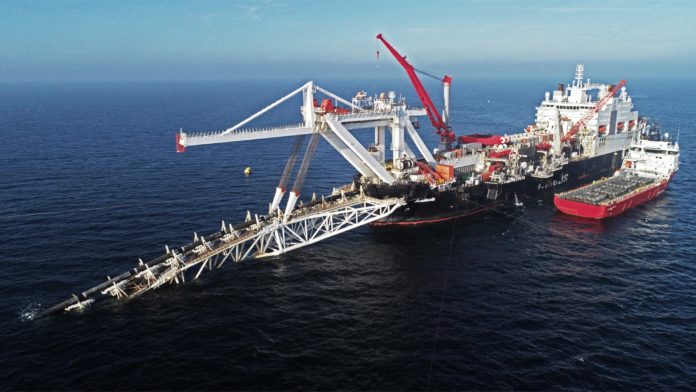 These new sanctions directly impact companies involved in constructing the new pipeline that runs directly from Russia to Germany; Russia views this pipeline as a massive economic boost; Reports indicate that Russian President Vladimir Putin is committed to taking drastic measures if necessary.

On Friday, United States President Donald Trump signed a massive defense bill into action, and in doing so, implemented new sanctions that directly impact any companies that are involved in constructing the Nord Stream 2 gas pipeline. Additionally, this will also have an economic effect for both Germany and Russia as the pipeline is designed to run directly from Russia to Germany via the Baltic Sea. One of the companies involved and suspending its work on the project due to the sanctions, Allseas, is based out of Switzerland.

According to the bill that is now signed into law, the White House views this pipeline as a threat to relations between Germany and the US, stating that Russia may use this pipeline as a “tool of coercion and political leverage.” In response, a spokeswoman for the government of Angela Merkel condemned the US decision, stating that decisions like this “affect German and other European businesses, and we see the move as meddling in our internal affairs.” Germany’s Finance Minister Olaf Scholz also views this move as “a severe intervention in German and European internal affairs.” The European Union also condemned the decision, but amazingly enough, the decision was met with approval from both house democrats and republicans.

The United States is not the only nation standing in opposition, though. France is now considering withdrawing their support, which could cause even more serious issues for the pipeline project. Though there is opposition, Russian President Vladimir Putin intends to continue moving forward, and if necessary, is ready to take drastic measures to see it through. This scenario likely stings even more because the pipeline was expected to be operational just a few months from now, but may no longer even be completed.