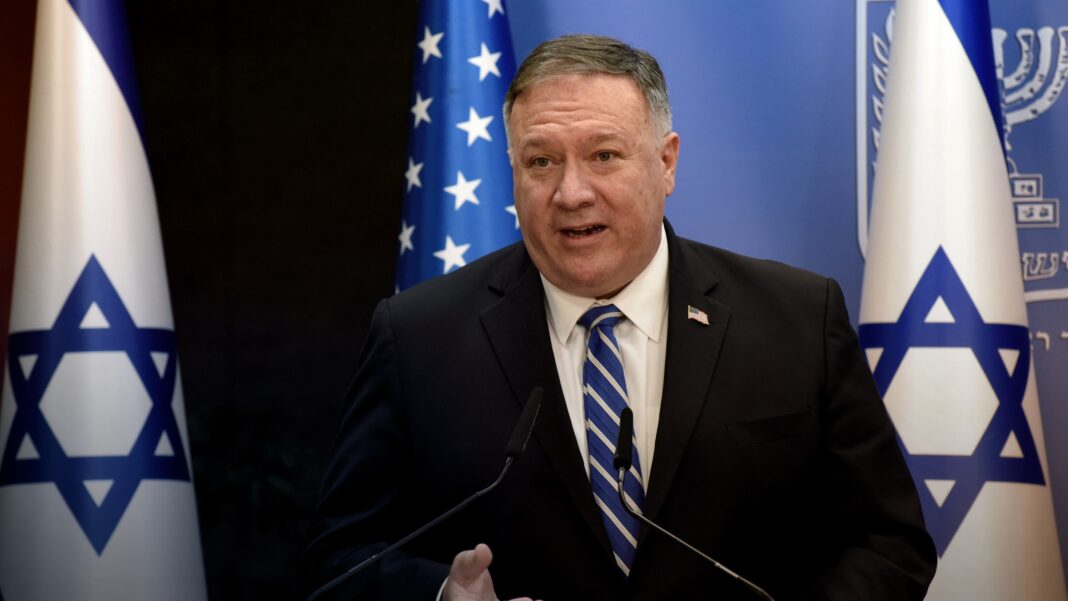 The United States hit Iran with new sanctions on Wednesday, as Secretary of State Mike Pompeo made the case that undoing the actions of the Trump administration would be foolish and dangerous.

The Treasury and State departments announced they had targeted a leading Iranian charity and numerous of its affiliates for human rights violations. At the same time, Pompeo released a statement titled “The Importance of Sanctions on Iran,” which argued that the Trump administration’s moves against Iran made the world safer and should not be reversed.

The sanctions announced Wednesday target Iran’s Mostazafan Foundation and roughly 160 of its subsidiaries, which are alleged to provide material support to Iran’s Supreme Leader Ayatollah Ali Khamenei for malign activities, including the suppression of dissent.

“While (it) is ostensibly a charitable organization charged with providing benefits to the poor and oppressed, its holdings are expropriated from the Iranian people and are used by the Supreme Leader Ali Khamenei to enrich his office, reward his political allies, and persecute the regime’s enemies,” Treasury said in a statement.

Many of the sanctions supplement previously announced penalties by simply adding another layer to them. But they come as the administration seeks to ramp up pressure on Iran before [disputed] President-elect Joe Biden [possibly] takes office. Biden has said he wants to return to the rapprochement with Iran that started in the Obama administration but was ended by outgoing President Donald Trump.

In an apparent nod to the [possible] incoming Biden administration’s stated plans to rejoin or renegotiated the 2015 Iran nuclear deal that Trump withdrew from, Pompeo said sanctions imposed against Iran had been “extraordinarily effective” in reducing the threat from the country. He said they had slashed Iran’s revenue by hundreds of billions of dollars since the pullout in 2018.

“Sanctions are part of the pressures creating a new Middle East, bringing together countries that suffer the consequences of Iran’s violence and seek a region more peaceful and stable than before,” he said in a statement. “Reducing that pressure is a dangerous choice, bound to weaken new partnerships for peace in the region and strengthen only the Islamic Republic.”

Pompeo said that in its remaining time, the Trump administration would continue to impose sanctions on Iran as well as on foreign governments and companies that violate them.

“Throughout the coming weeks and months, we will impose new sanctions on Iran, including using our nuclear, counterterrorism, and human rights authorities, each reflecting the wide range of malign behavior that continues to emanate from the Iranian regime,” he said. “These sanctions are a critical tool of national security to preserve the safety of the region and to protect American lives.”

The announcement came as Pompeo was visiting Israel.