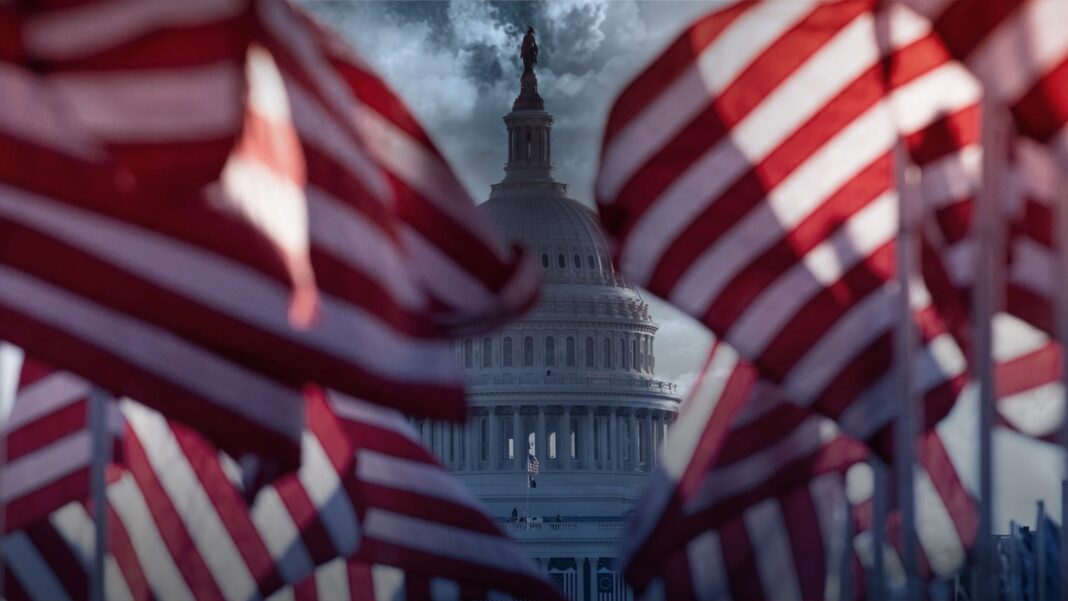 I’d like to shed some light on the latest current events regarding the US Elections and our future regarding our onus towards any government. I hope you find this article encouraging as we face a new Presidential Administration in the United States.

As a Trump ‘supporter’ myself, I’ve recently been struggling with the whole outcome of the Election, the potential Election fraud, the dismissal of seemingly likely evidence of fraud, the breach of the Capitol, the recent Impeachment, and so on. For some—dare I say, most—this is all particularly disappointing news, but please read on.

I personally didn’t look at Trump as a ‘savior’ of any sort. I saw him as a regular (though extraordinary) man that ran for office and appealed to and supported my political views. He got my vote both times. But that’s neither here nor there.

With all that said; I want to make a clear statement:

We need to take our eyes off Trump (and this world), and put (and/or keep) them on Jesus where they should have been all along!

In case you don’t know Jesus; He is the Way, the Truth, and the Life (John 14:6), and the only name by which we are saved (Acts 4:12). He died on the Cross for our sins, was buried in the tomb, and three days later, he defeated death and the grave and was resurrected and appeared to many, according to the Scriptures (1 Corinthians 15:1-4). All who call on the name of the Lord, will be saved (Romans 10:9-10).

With our eyes focused on Jesus, we still need to continue as good citizens, while at the same time going about the Father’s business (Luke 2:49). But, how should we handle our new President that we may not have voted for?

The thirteenth chapter of Romans gives us the answer.

Romans 13:1 KJV – “Let every soul be subject unto the higher powers. For there is no power but of God: the powers that be are ordained of God.”

Potentially, that verse is not an easy concession for some. And, the difficult ‘concept’ continues:

Romans 13:2 KJV – “Whosoever therefore resisteth the power [governmental authority], resisteth the ordinance of God: and they that resist shall receive to themselves damnation.”

This concession, I think, safely assumes most are already conducting themselves in a civil manner in society, however, it’s sound advice for anyone, even a new Christian who may be stepping out of their old, fleshly ways. But for the sake of this article (and in my common, inadvertently eisegetical exposition), I’d like to use the verses of this chapter and others to illustrate a lesson we can learn that applies to the situation of our current events.

Following Paul’s (and ultimately, the Holy Spirit’s) instruction; regardless of who’s ‘in office’, we are to subject ourselves to the government. God placed these people in their positions (Daniel 2:21).

Speaking of Daniel, consider how he conducted himself under Babylonian Rule. He followed all the rules set forth by the king except one (which was also mirrored in Acts 5:27-29). In Daniel 6:13, Daniel continues to pray to God three times a day, despite what the king mandated otherwise. For us today, we must follow the rules and respect the authorities set in place (by God), EXCEPT for any time man’s law would cause us to go against God in any way, shape, or form.

God even placed Hitler in power?!

The other day, a friend of mine and I were messaging each other back and forth, and we were having a healthy debate about the recent turn of events mentioned above (election fraud, etc.). Though we definitely see things differently, I can confidently say our conversation was respectful (which is rare these days, between people with opposing views). At one point, I submitted to her that whatever happens, God is in control. I quoted to her several passages of scripture, including Romans 13:1-2, which I expounded upon.

My friend didn’t deny God is in control, but she doubted someone like Hitler would be supported by God for doing anything he did (consider Proverbs 16:12!). At this point, I can’t disagree, but what was intended for evil by man, God used for good (Genesis 50:20), but I’m still confident He allowed Hitler to do what he did. I told her the events of World War II fulfilled the prophecy of Ezekiel 37, and eventually paved the way for Israel to retake a portion of its land, which eventually led to the fulfillment of Ezekiel 36 and the birth and budding of The Fig Tree generation spoken of in Matthew.

The point of mentioning all of that is that though we may not understand how someone evil can come to power (I’m not saying Biden is evil, but Hitler certainly was), we can definitely rest assured that God will do all His good pleasure (Revelation 4:11), and the bottom line is that God is sovereign and in control (Colossians 1:16-17)

On Twitter the other day, Jenna Ellis tweeted about something, and a woman responded with the question, “Who would Jesus impeach? Spoiler alert: Trump”. I felt compelled to respond with, “Jesus wouldn’t impeach anyone. He never got involved politically. When He returns, HE will be the Government.” Afterwards, I was hit with a small wave of mockers and scoffers—each of which, I tried to deal with as lovingly and Christ-like as possible. But what I said in my Tweet reply is the point of this entire article, and the very thing that brings us full circle: Though we now have a new President that we didn’t necessarily vote for, or one that we thought got there by fraud; we focus on Jesus as our ‘president’—our king! When Jesus Returns, HE will be the Government, and the Government will be on HIS shoulder. We should rest in that fact!