Swedish Foreign Minister claims BDS is not Anti-Semitic; calls it a Legitimate means of protesting “Occupation” 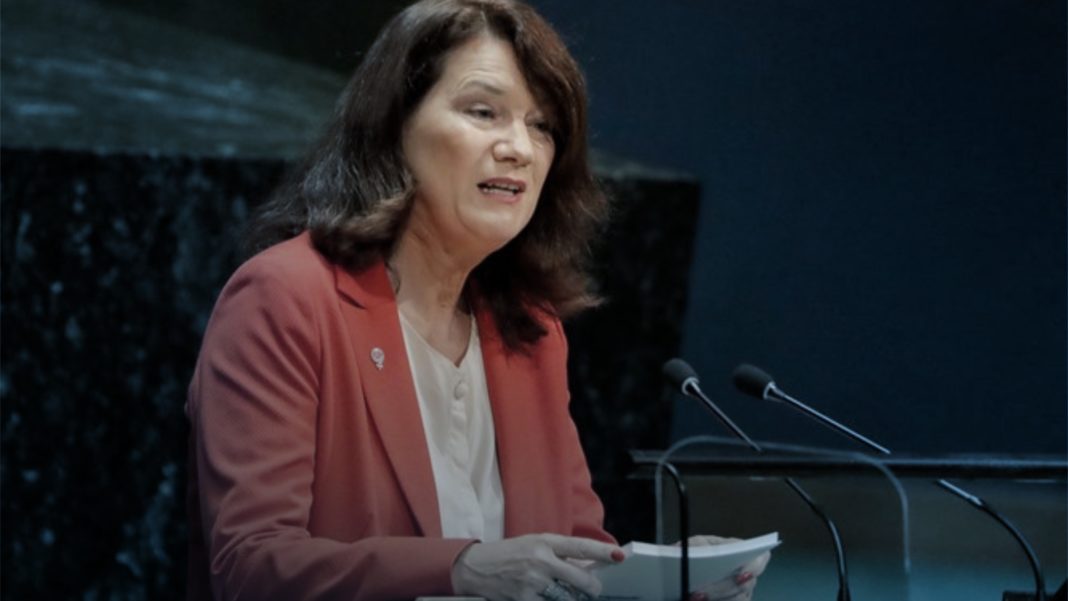 Genesis 12:3 KJV – “And I will bless them that bless thee,” (Israel) “and curse him that curseth thee: and in thee shall all families of the earth be blessed”

Sweden’s newly appointed foreign minister, Ann Linde, spoke of her desire to strengthen her country’s ties with the State of Israel, but at the same time also said that she believed the Boycott, Divestment and Sanctions (BDS) movement is not anti-Semitic, but rather a legitimate and non-violent movement.

In her comments, made during a parliamentary debate and quoted by Yediot Aharonot, Linde noted that she is opposed to boycotts, but also said that a boycott is a legitimate means of using a non-violent political struggle regarding human rights and “occupation”.

She also acknowledged that Sweden supports a number of organizations which work against the State of Israel.

When criticized by pro-Israeli lawmakers, she replied that Sweden supports many human rights organizations and this issue needs to be addressed “both in Israel and Palestine”, as she put it.

“We support human rights organizations that care for the Palestinians in the name of promoting the values ​​of free and pluralistic society and not because we support the BDS movement or its activities,” explained Linde.

Yediot Aharonot noted that Linde’s remarks angered some officials in Israel, due to the fact that they had high expectations for an improvement in ties with Sweden with the new minister, who replaced Margot Wallstrom, who was notorious for her anti-Israel statements and who stepped down in September to spend more time with her family.

In 2014, then-Foreign Minister Avigdor Liberman denounced Sweden’s decision to recognize the Palestinian Authority (PA) as “the State of Palestine”, saying that “relations in the Middle East are a lot more complex than the self-assembly furniture of IKEA”.

Wallstrom later replied and said she would be “happy” to send Liberman some IKEA furniture “and he will also see that what you need to put that together is, first of all, a partner.”

Following that incident, Wallstrom accused Israel of being “extremely aggressive” and accused the Jewish state of “irritating its allies”.

In December of 2015, she attacked Israel again, claiming during a debate in parliament that Israel was “executing” without trial terrorists who carried out stabbing attacks in Israel.

Several weeks before that, the Swedish minister provoked a firestorm of criticism, when she appeared to blame the terrorist attacks in Paris on “Palestinian frustration” with Israel.

In 2016, Wallstrom was refused meetings with Israeli ministers during her visit to the region. She did visit Ramallah, where PA chairman Mahmoud Abbas decorated her with an award he calls the Grand Star of the Order of Jerusalem.