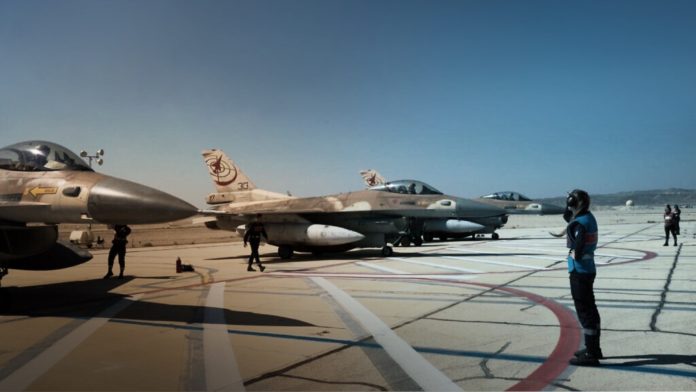 Seven casualties are reported in eastern Syria after supposed Israeli airstrikes; Iranian-backed militias were targeted in this attack; Israel continues to go on the offensive in regards to Iranian entrenchment in the region.

Airstrikes that are being credited to Israel led to seven Iranian-backed casualties near the eastern Syrian town of al-Bukamal Saturday. The strikes are assumed to be of Israeli origin due to the reoccurring pattern of Israeli activity in the region in an attempt to reduce Iranian entrenchment.

Reports reveal that the unidentified aircraft(s) struck a militia base late on Saturday near the border crossing of Syria and Iraq. This attack came after the Iraqis moved some of their Iranian-backed militias into the area as reinforcements.

Not only have Israeli Prime Minister Benjamin Netanyahu and Defense Minister Naftali Bennett vowed to oppose Iranian entrenchment, but Bennett recently stated that Israel is now taking an offensive approach to not only prevent Iranian activity in the region but also push it out.

Iranian confrontation was one of several topics discussed in US Secretary of State Mike Pompeo’s recent trip to the Jewish State, wherein he met with key Israeli officials.

Should this strike be of Israeli origin, it means that at least seven strikes have taken place in the last few weeks; several of them being fatal.