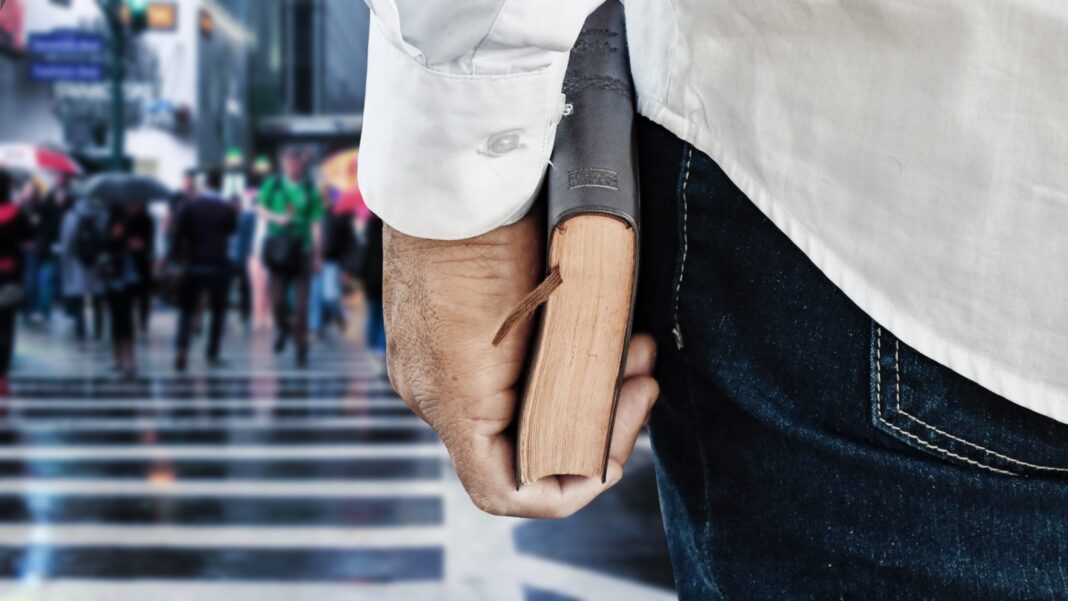 “In this world, it is becoming more and more unpopular to be a Christian. Soon it may become dangerous.”

Those were the words of Melvin Laird, a former congressman and defense secretary for President Richard Nixon. He made that comment more than 50 years ago — and if he thought it was difficult to practice his faith back then, he wouldn’t believe the hostility of the culture today. The church is being pressed in from all sides, urged to abandon our faith or abandon the public square. We can do neither.

“Do not be afraid, but speak, and do not keep silent…” That was the message the Lord had for Paul when he was facing the cancel culture of Corinth in Acts 18. It was the same message I had for the crowd gathered for the Pastors Conference at the Louisiana Baptist Convention Thursday night in Monroe, Louisiana.

Right now, our spiritual enemy is desperate to separate Christians from the source of our strength — to force us to take our faith in Christ underground. But the minute we surrender to that temptation, the minute we downplay the word of God so as “not to offend,” we lose the very distinctive that makes unbelievers notice. As I challenged the pastors: Why would people that are empty and dissatisfied with what the world has to offer, turn to the church when the church looks and acts the same as the world? If the principles of God’s Word were found good enough to build a nation upon by our founders, they should be sufficient to lead our nation by today.

That doesn’t mean standing by those principles is easy. As the growing hostility toward religious freedom shows, we need to be prepared for conflict. Paul was. In his letter to the Ephesians, he made it very clear that we are to stand our ground, taking up the “whole armor of God.” Even this great man of God recognized that he needed help doing that in the face of opposition. “Pray for me that I will open my mouth boldly to make known the mystery of the gospel for which I am an ambassador in chains; that in it I would speak boldly as I ought to speak.”

Silence is not an option — it wasn’t then, and it can’t be now. We must speak the truth when people want to hear it — and even when they don’t. But let’s not miss the second part of what the Lord has to say, “for I am with you (my presence is with you)… I have many people in this city.” That’s true today. God still has many people in this nation — but there must be a catalyst for them to converge for a common purpose. That’s where Paul came in — that’s where you come in. Courage breeds courage.

Dietrich Bonhoeffer, an outspoken pastor, theologian, underground seminary professor, and spy against the Third Reich said, “Silence in the face of evil is itself evil: God will not hold us guiltless. Not to speak is to speak. Not to act is to act.”

Be strong in the Lord.

Be prepared for the conflict.

Be bold and speak and do not keep silent.