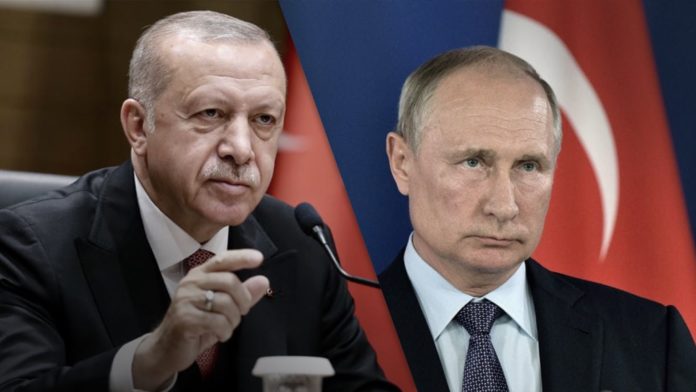 Russia & Turkey are to begin joint patrols inside of Syria; This move comes in the wake of the Kurdish YPG forces vacating the area of the ‘safe-zone’; Joint patrols to begin on Friday.

Though Putin has assured Erdoğan that the Syrian Kurdish forces have left the area in the timeframe that was agreed upon, Erdoğan remains skeptical that they’re all gone.

Threatening to carry out an additional military operation that would target the Kurds if they have not yet vacated the area, he stated, “Even though the information in our hands suggests this has not been succeeded in a full sense, we will give our response to them (Russia) after our field assessments… If we see that the members of the terrorist organization (Kurds) have not been moved out of the 30 km, or if attacks continue, no matter from where, we reserve our right to carry out our own operation,”.

Turkish Defense Minister Hulusi Akar stated to the media, “Inter-delegation talks with Russia have concluded a short while ago. An agreement was largely reached. Our efforts continue in a mutually constructive, understanding way.”

With Russia and Turkey only creating a larger presence inside of Syria, and Iran continuing to entrench themselves as well, we can see the pieces of the Ezekiel coalition continuing to fall into place before our eyes. Just a few years ago, the three nations chose to align themselves with one another. Now, they’re all building their presence inside of the war-torn nation of Syria, and it’s not in some civil way-this escalating presence is one of military nature.