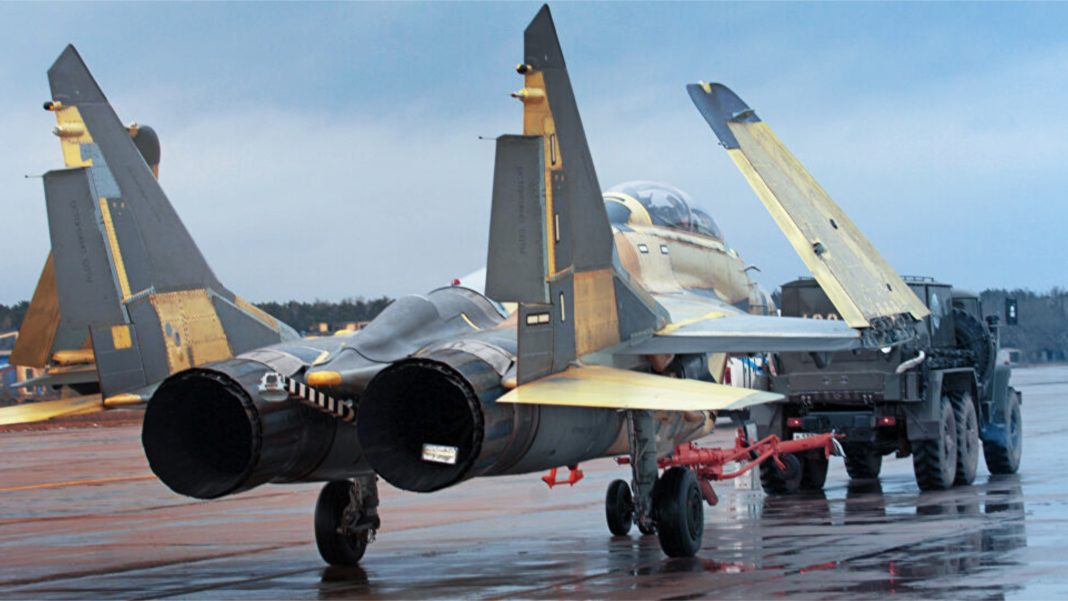 The handover to Syria of a squadron plus of Russian MiG-29 fighter jets is confirmed by Moscow. Syria’s SANA news agency reported on May 30 that a ceremony for the handover of “advanced and modernized” MiG-29s took place at Russia’s Khmeimim air base in western Syria and would start flying missions on June 1. The Assad regime is expected to relieve the Russian air force pilots of some of their minor operations.

A Syrian military source denied that any of the new batch of Russian jets would be transferred to a third country. They were delivered “within the framework of defense cooperation” between Moscow and Damascus, he said. Their delivery to Syria had “nothing to do with Libya” or the transfer of Russian fighter aircraft to that country in late May. (That delivery to Khalifa Haftar’s Benghazi-based army was confirmed by the US African Command, which said 14 Russian MiG-29 fighter jets and Su-24 fighter bombers were flown to Libya via Syria, where their markings were painted over at Hmeimim air base to disguise their identity.)

Far from drawing down Russia’s military foothold in Syria, President Vladimir Putin is reported by DEBKAfile’s Mid East sources, to be busy extending it – both to the northwest and the northeast. More land has been acquired around the Khmeimim air base in Latakia; and territory inland appropriated for adding to the Russian sea base at the Mediterranean port of Tartous.

Moscow, which has acquired rights for the use of the Qamishli airport – an enclave in the Kurdish lands, not far from the US bases in northeastern Syria – is on the lookout for real estate in surrounding territory. Local witnesses report that Russian officers turned up last week in the village of Qasir Dib, near the northeastern-most corner of Syria, near its border with Turkey and Iraq, and showed interest in setting up another base there.