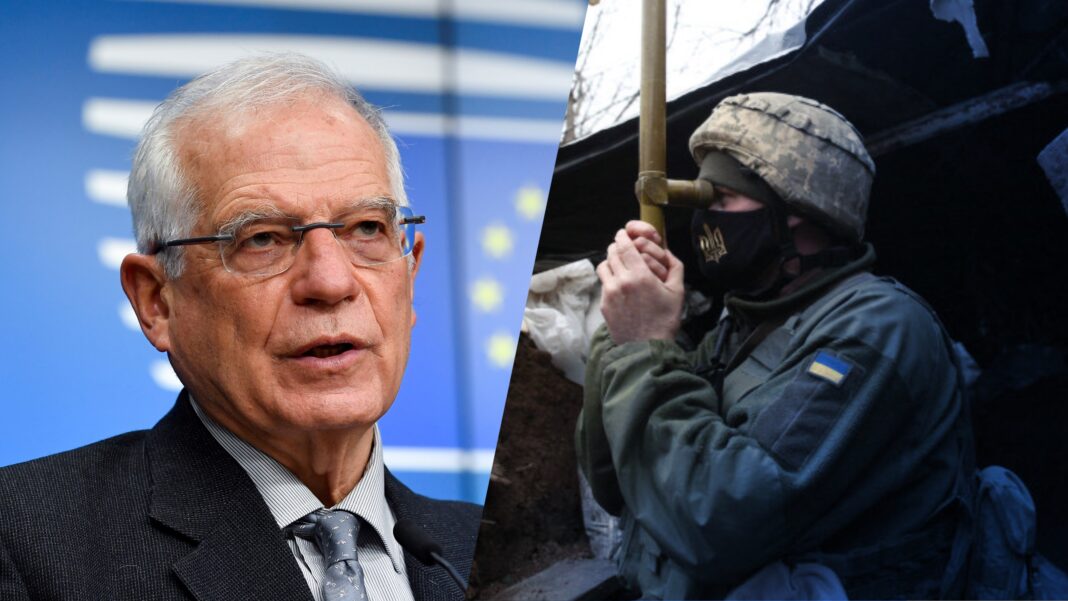 EU foreign policy chief Josep Borrell said Monday that Russia has massed over 150,000 troops along the Ukrainian border and in the annexed Crimea peninsula.

“It is the highest Russian military deployment at Ukrainian borders ever,” Borrell told journalists after talks involving Ukraine’s foreign minister, refusing to disclose the source of the figure.

Earlier on Monday, Ukraine’s Foreign Ministry said it had expelled a Russian diplomat in a tit-for-tat move after Moscow ordered a Ukrainian consul in Saint Petersburg to leave Russia, accusing him of trying to obtain sensitive information.

“He must leave the territory of our state within 72 hours.”

In recent weeks Moscow has amassed tens of thousands of troops along Ukraine’s northern and eastern borders, as well as on the Crimean peninsula which Moscow annexed in 2014.

Russia’s Defense Ministry said the troops were merely responding to “threatening” actions by the NATO alliance and participating in military drills.

Ukraine, where a pro-Kremlin president was ousted in a popular uprising in 2014, has made clear its ambition to join NATO.

Thursday’s visit to Kyiv by senior diplomats from the Baltic states is the latest show of support from European countries and the United States, which has warned of “consequences” if Russia acts “aggressively” toward Ukraine.