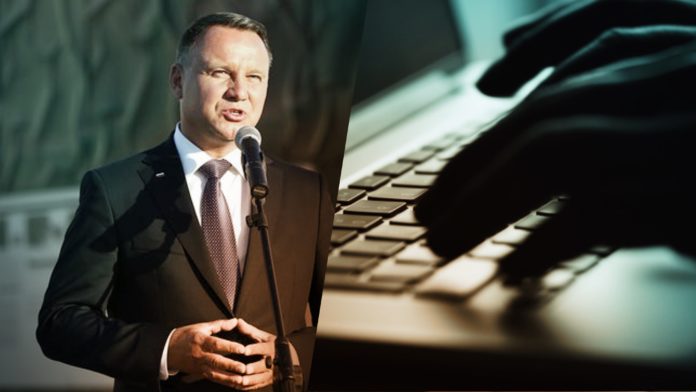 Polish portals such as Wiadomosci began to be filled with hateful comments against Israel and Jews on Friday when news broke that Polish President Andrzej Duda allegedly blamed antisemitism in Poland on Israel.

The report earlier on Friday by the Jewish Insider was quickly denied by the office of the president as well as people who were at the meeting, such as Rabbi Shmuley Boteach and B’nai B’rith International president Charles Kaufman. Still, at least online, Polish anger began to take shape in hundreds of comments, the Algemeinerreported.

“I used to feel sorry for the Jews, but having observed Israel’s actions over the last year, I now understand that they are guilty,” one person wrote.

“Poles don’t like Jews because Jews exploit Poles with privatization, they rob Poles because they are cunning and better-organized, and they own newspapers like The New York Times that slander Poles,” another added.

Duda did speak in the New York meeting with Jewish leaders about a February statement made by Israeli Foreign Minister Israel Katz, who said that Poles “suckle antisemitism with their mother’s milk.”

Katz was repeating a famous statement made by the late Israeli prime minister Yitzhak Shamir, who said it during a conversation in which he revealed that his father was murdered by Poles.

Duda said Katz’s comments were a “humiliation,” and seemed disappointed that Katz never apologized for them, Boteach wrote.  The Polish president went on to say that several advisers had suggested that he should not go to Israel until Katz apologizes.

One Polish online user, unaware that the Polish leader never accused Israel of responsibility for antisemitism in Poland, said: “Finally, we have a president who isn’t afraid of the truth.”

“Yes Jews – draw your own conclusions from this,” he added.