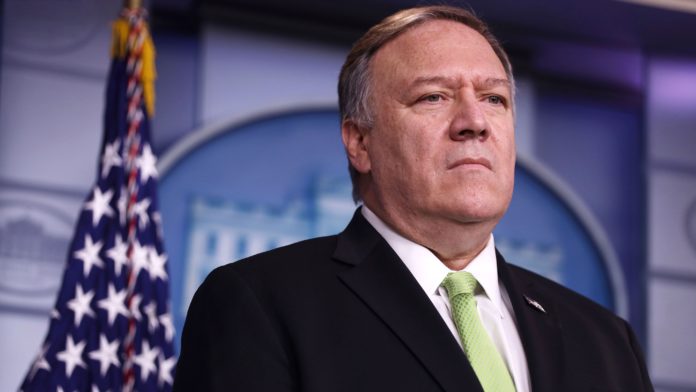 Secretary of State Mike Pompeo did not rule out the possibility of a coronavirus leak from a virology lab in Wuhan, China, in a radio interview on Tuesday.

Pompeo was asked by Tony Katz of The Morning News:

Does the State Department believe that China absolutely purposefully engaged a virus, or is there a belief that there was a leak from a virology lab in Wuhan, and China did not let the world know about it until it was too late?

Look, there’s still lots of work to be done to find out precisely what happened here, precisely how this came to be. We know this much: We know this is a global pandemic that originated in Wuhan, China. We know that there were wet markets there. So we’re beginning to piece the facts together.

U.S. Embassy officials in China visited the Wuhan Institute of Virology (WIV) in 2018 and sent back official warnings to the State Department about the inadequate safety at the lab, where researchers were conducting risky studies on bat coronaviruses, the Washington Post reported Tuesday.

We also know that China was too late, too slow, in providing important information about human-to-human spread of the virus.

One of the most important facts is how quickly this has spread, how easily and readily this has spread, and unfortunately, that information didn’t get to the relevant people that could have made decisions earlier, and that caused the entire world to be on its back foot at a time when it needed to be leaning forward and moving out aggressively.

Chinese authorities first alerted the World Health Organization of the coronavirus on December 31, but they denied evidence of human-to-human transmission as late as January 14.

The World Health Organization acknowledged evidence of human-to-human transmission on January 20, after the first individual confirmed to have coronavirus arrived in the United States from Wuhan, China, on January 15.

“Those kinds of disinformation campaigns are not only wrong and unfounded, but they create risk; they cost lives,” he said.

Pompeo vowed that entities will be held responsible in the coming months:

There’ll become a time to review precisely what happened, to investigate, get all the facts, and hold accountable those who were responsible for this enormous, not only loss in human life but the economic damage that’s been done here in the United States as well.

He said based on data over the past weeks, the Chinese government has “simply not lived up to their obligations to the international organizations.”

However, he said the focus right now is to fight the virus, even if that means cooperating with China.