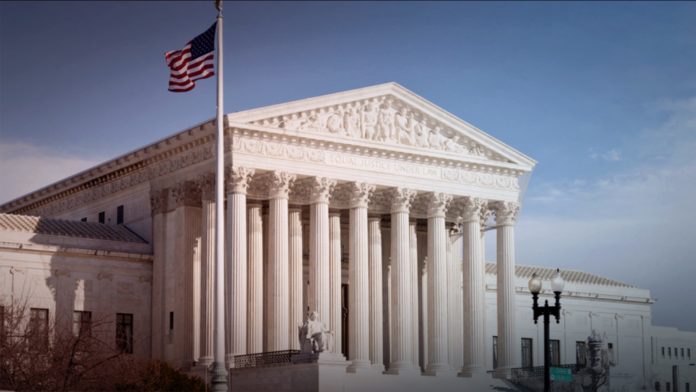 After the Fifth Circuit Court of Appeals upheld Texas Governor Greg Abbott’s ban on abortion during the COVID-19 pandemic, Planned Parenthood has refused to back down. The abortion corporation is partnering with the Center for Reproductive Rights and the Lawyering Project to take the case before the Supreme Court, so they can be allowed to commit abortions in Texas while the pandemic continues.

Planned Parenthood is hoping the Supreme Court will reinstate a restraining order allowing both chemical and surgical abortions to be committed. Judge Lee Yeakel had previously ruled that the ban on unnecessary surgical procedures, which Gov. Abbott said does include abortions, would cause women to “suffer serious and irreparable harm.” Gov. Abbott’s executive order on unnecessary procedures was meant to preserve hospital bed capacity and personal protective equipment (PPE) as much as possible. Any abortion not considered medically necessary to save the life or health of the mother was not allowed, and abortionists who violate the order face a $1,000 fine or 180 days of jail time. (Read more here about why abortion — the intentional destruction of a preborn child — is never medically necessary.)

After Yeakel instituted the restraining order on the ban, the Fifth Circuit Court of Appeals reversed it on April 7th, and Planned Parenthood has been unable to commit abortions since then. “‘[U]nder the pressure of great dangers,’ constitutional rights may be reasonably restricted ‘as the safety of the general public may demand,’” the majority opinion read. “That settled rule allows states to restrict, for example, one’s right to peacefully assemble, to publicly worship, to travel, and even to leave one’s home. The right to abortion is no exception.”

Attorney General Ken Paxton further released a statement approving of the ruling, saying, “The temporary stay ordered this afternoon justly prioritizes supplies and personal protective equipment for the medical professionals in need.” For almost three weeks, abortion has therefore been banned in Texas.

Acting Planned Parenthood President and CEO Alexis McGill Johnson said the pandemic should mean abortion should be easier to obtain, instead of more difficult. “Gov. Abbott has blocked abortion access for mothers who have lost their jobs because of COVID-19, people quarantined with abusive partners, and patients with fatal fetal diagnoses. Now is the time to be making abortion more accessible, not less,” she said in a statement. “Medical professionals everywhere are being trusted to make necessary but difficult decisions about if and when to treat patients. Doctors who provide abortions are asking to do the same — because they, not politicians, know what’s best for their patients. This is a matter of health care, not political opinion.”

Yet the reality is, abortion not health care, and as previously noted, is not medically necessary. The “right to choose,” as it is touted by abortion supporters, contains within itself the notion of “choice” — meaning it is an elective procedure. By continuing to commit abortions, Planned Parenthood is putting both its patients and its employees at risk, not to mention depriving health care professionals of the PPE that is in such short supply around the country. And if a woman is injured in the process — as recently happened, with a woman taken to a hospital across state lines earlier this month — that takes up bed capacity in hospitals, which is exactly what Governor Abbott was hoping to avoid.

Planned Parenthood and the abortion industry are trying to make the case that they need to commit abortions, and they have discontinued other healthcare — like cancer screenings — in favor of continuing to provide abortions. It’s clear what’s really important and profitable to Planned Parenthood — with or without a pandemic.