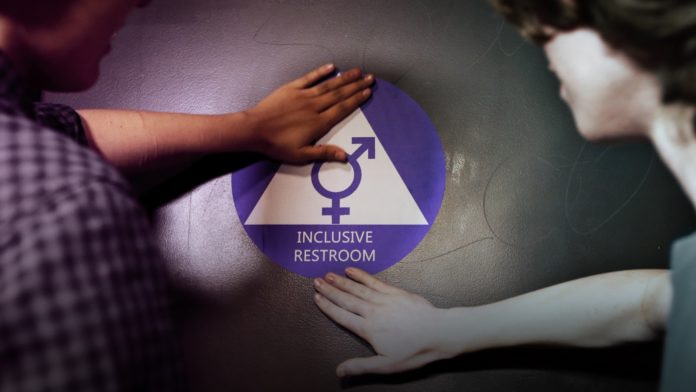 Parents from the Manchester, Indiana public school district walked out of a school meeting focused on gender identity after being barred from discussing a transgender bathroom policy.

During the meeting, the parents attempted to voice their concerns about the policy that permits biological boys who claim to identify as girls to use the girls’ bathrooms in the Manchester Elementary School.

The parent in the video above pointed people to his website: https://protectingourchildren.net/

According to WPTA21, parent Nate Gephart pulled his two daughters out of the school to homeschool them as a result of the policy.

He added the meeting featured a presentation about gender identity, during which parents grew angry and left the meeting. The parents then held their own meeting.

“It got a little heated, there was a woman behind me that said what the presenter was teaching was propaganda,” said Jewel Flitcraft, a teacher who identified herself as a member of the LGBTQ community and who wore a sticker that said, “You can pee next to me.”

“There’s transgender people everywhere and they wouldn’t even know if they went to the bathroom with them, walked by them, had coffee with them, served them their Starbucks,” Flitcraft said, dismissing the parents’ concerns. “It’s just making judgments like that when you can’t tell who is and who isn’t.”

Members of the school board defended the policy by stating federal law, under Title IX, says transgender students must be permitted to use bathrooms that correspond to their gender identity.