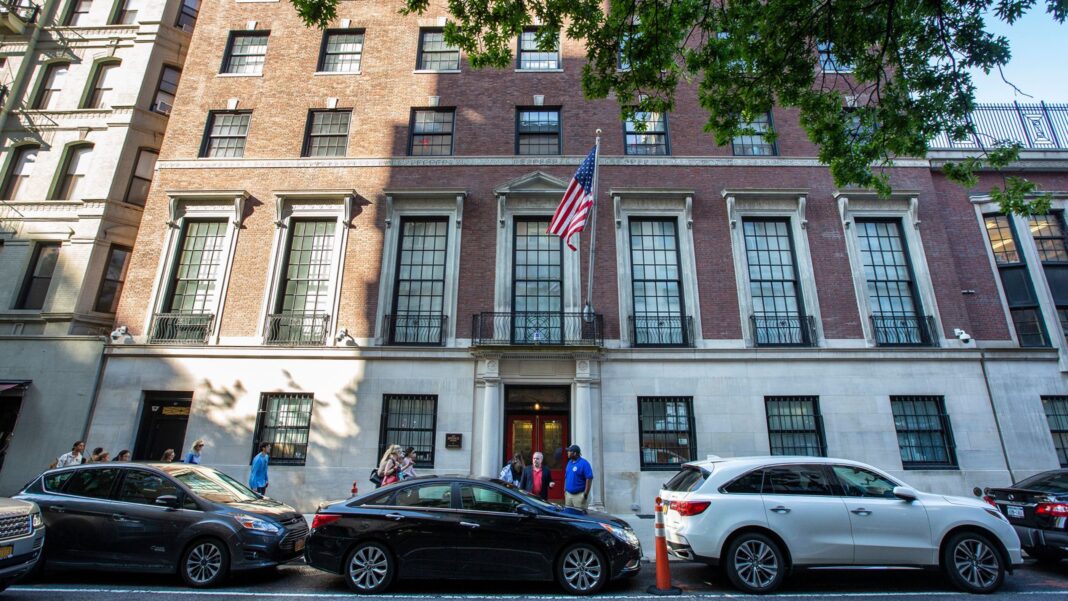 Parents are outraged after an elite Upper East Side school showed a video to eighth-graders of white women being ridiculed for being white.

An ex-trustee and Spence School alumna pulled her daughter from the school after students were shown a video of white women being “tarred and feathered” by a black comedian. Hispanic technology executive Gabriela Baron penned a letter to the Spence School administration claiming that the video “openly derides, humiliates, and ridicules white women.”

“They sat there in their graduation dresses while the white mothers of the white students — many of whom volunteer, donate, call, email, and do whatever the school asks of them — were tarred and feathered in a video their teacher showed them. While their white female teachers were mocked,” Baron wrote.

Baron claims that the school — like many other posh New York City private schools — has shifted away from academic rigor to focusing on diversity and equity.

“Over the last several years my husband and I have grown increasingly concerned about certain trends at Spence, including what we believe is a de-emphasis of academic rigor and a single-minded focus on race, diversity, and inclusion that is now driving the School and everything that goes on within its walls,” Baron said.

At one point in the video, Fumudoh said to Lebowitz, “I believe that you are not concerned with how annoying white women can be.”

Baron argued that had the video “derided and ridiculed Asian women, Black women, or Hispanic women, the Spence community would declare with one voice that it was blatantly racist.”

Podcast host Megyn Kelly, who yanked her daughter from Spence School at the end of the school year, called the video “grossly racist.” Kelly said she decided to pull her daughter because of the school’s “growing far-left indoctrination.”

The school has since issued an apology for the video. Head of School Bodie Brizendine said the video is not part of the school’s curriculum.

“We take this seriously; it was never acceptable to ridicule anyone at any time. This video is not part of the Spence curriculum. Our teacher and the School acknowledge that sharing a satirical video that made fun of white women was a significant mistake,” Brizendine said. “We are sorry for any harm this has caused to anyone in our community.”

According to the New York Post, parents created a letter-writing campaign demanding that the school take a “step backward” from its political correctness campaign.

“This is becoming a culture war. I guess that’s what people want, instead of being truthful,” one parent told the New York Post. “Parents want to know what steps they’re going to take with this particular teacher and with the students that went through it. There should be outreach to the children.”