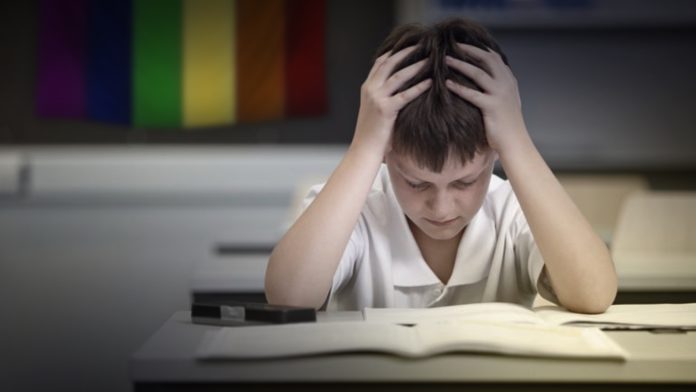 Parents in the United Kingdom infuriated by mandatory LGBT lessons in public schools have launched an organization and a petition demanding the right to exempt their children from the indoctrination.

The Premier broadcast network in the U.K. reports the organization is called OCOFOR, Our Children Our Faith Our Rights. Members recently staged a demonstration at Parliament Square insisting the government allow them to opt children out of the LGBT lessons.

The online petition warns that society “in the process of liberating the LGBTQ community,” is snatching away “the rights of Christians who chose to live according to biblical views and other religious groups regarding homosexuality.”

The petition explains the organization “is fighting to protect the rights of people of faith to peacefully live out their beliefs according to the Holy Bible (a book that dates back more than 2000 years) in the U.K. without fear of persecution or prejudice especially as it relates to the LGBTQ agenda currently in full swing.”

“Religious freedom is fast becoming marginalized with those of the Christian faith being especially set apart for public mockery and shaming,” they warn.

“If proper consultation was carried out with practicing Christians, then a true perspective will have been understood as to what the Christian position is directly from scriptures. Along side the right of religious freedom being threatened, the right for active and present parents to take the lead in navigating the mental and emotional development of their children (who are deemed minors in the eyes of the law) based on carefully derived moral and religious values is also being threatened in place of societal ideals,” the petition explains.

“How do these actions reflect a diverse and liberal nation that supposedly embraces all? What the government is threatening, is to hand one minority group over to the firing squad in place of rescuing another,” the parents state.

Under the newly approved law, beginning in September 2020, parents no longer will be allowed to remove their children from “Relationship & Sex Education” classes.

The children will be forced to listen to lessons about LGBT activities that conflict with the family’s religious faith in the government’s bid to “normalize” the LGBTQ lifestyle.

“To force faith families across the country to participate in lessons that teach that which is contrary to their faith is nothing short of cruelty and a blatant affront on their religious freedom. The Bible’ view of homosexuality is consistent throughout the scriptures and followers of the Bible and other religious books should be free to live by that without fear of repercussions,” the petition explains.

“It appears that the government’s plan is to put a boundary around the faith of Christians and other people of faith in the U.K. and it is necessary that we take a stand against this and tell them to back away from our faith and afford us the liberty to live and raise our children according to our faith.

“While the Christian faith does not stand in the way of the LGBTQ community having the freedom to live as they please, their choices must not be imposed on us,” the petition says.

Premier said the Children and Social Work Act of 2017 requires “all secondary schools in England will be required to teach Relationships and Sex Education (RSE) and primary schools to teach relationships education.”

Tom Akinola, who took part in the recent protest, said: “A large chunk of it just goes against our Christian faith. It’s normalizing LGBTQ relationships and it’s being enforced on faith groups.

“It’s gone from being tolerant to now a forceful acceptance which goes against our Christian faith.”

The Department for Education has claimed the lessons are age-appropriate and take into account the religious backgrounds of pupils. But they still teach as normal all of the various configurations of the LGBT lifestyle.